Expats dissatisfied with the UK’s Brexit-effect

Expats dissatisfied with the UK’s Brexit-effect 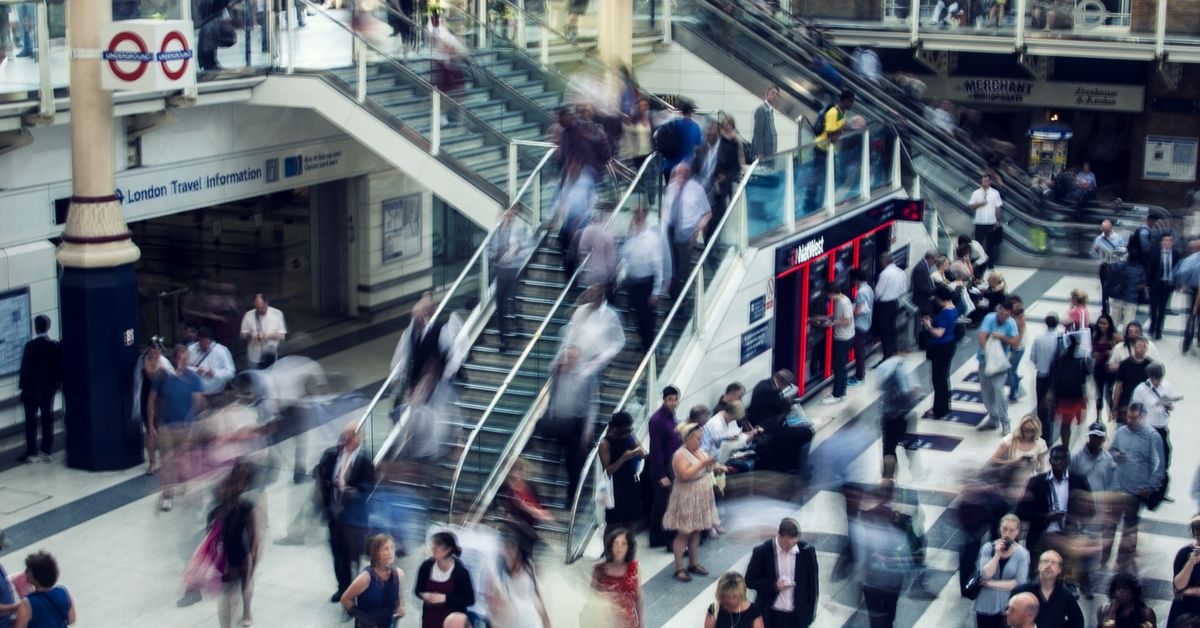 The Expat Insider Survey 2017 has revealed that expats are decidedly unhappier in the UK, post the Brexit referendum, specifically with regard to work and family life.

The UK now ranks 54th out of 65 countries, placing it decidedly at the bottom of the second half of the list. The ratings across all indices have dropped considerably, especially in the area of personal finances where a weaker pound and a rising inflation rate is affecting the cost of living – placing the UK 59th out of the 65 countries when it comes to the Personal Finance Index.

South Africa ranks above the UK

The UK’s massive drop now places it below South Africa who ranked 42nd this year. South Africa was also placed ahead of the USA, which was ranked 43rd.

Unstable politics is impacting everything

The falling pound is being firmly attributed to Brexit looming on the horizon and as a result all of the UK’s residents are experiencing a rise in the cost of living. Nearly two thirds of expats (64%) give this factor an unfavourable rating, compared to only 35% of respondents worldwide. 31% complain that their disposable household income is not enough to cover their daily expenses, and 11% say it’s not nearly enough.

When it comes to politics itself, less than half the respondents (47%) are favourable about the future and this has affected the UK’s Safety & Security subcategory – with the UK plummeting from 26th position in 2016 to 42nd in 2017. 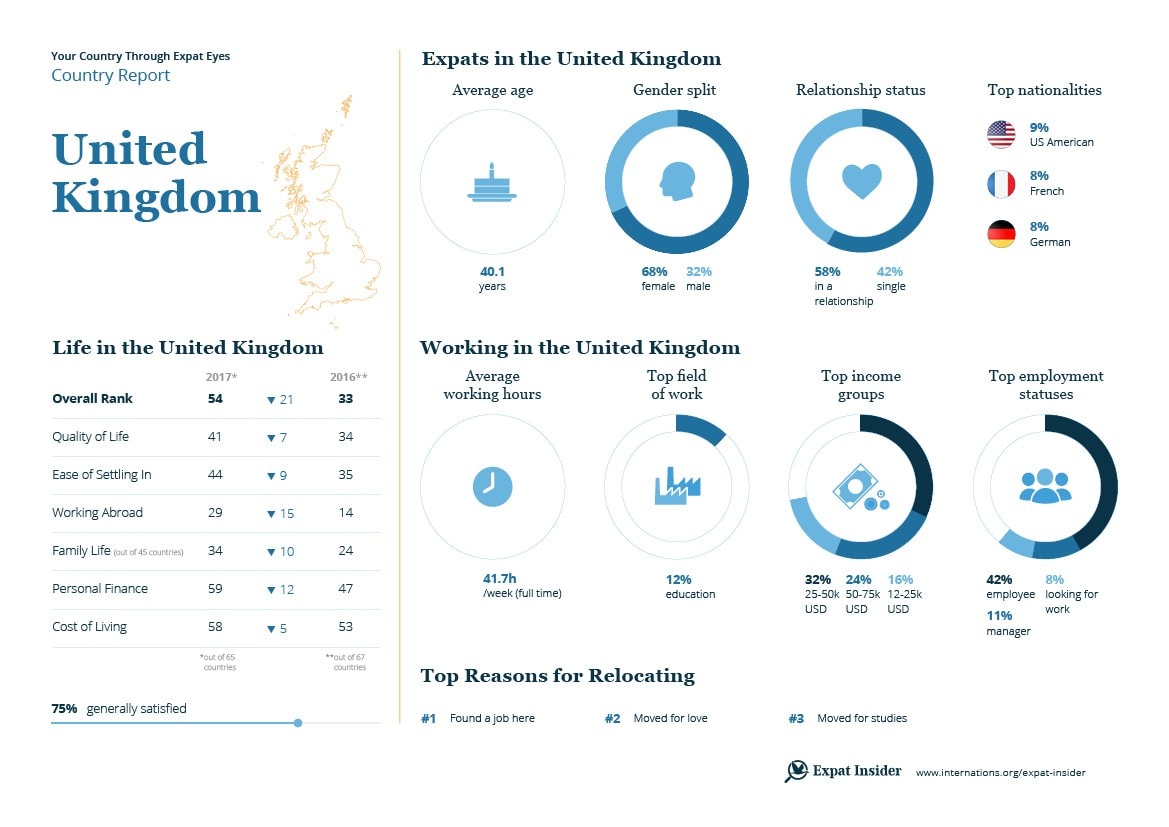 Accommodation is adding to the struggle

69% of expats are struggling to find affordable accommodation in the UK and feel that it is adding to their financial struggle. Most expats however tend to live in and around London, where rents and property prices are a lot higher than the rest of the country.

The UK scores the strongest in the Working Abroad Index, placed 29th out of the 65 countries, with two-thirds of expats satisfied with their career. The majority of expats in the UK are either employees (42%), or managers (11%).

Despite the good work opportunities, many expats are concerned about their future in the country. Only 50% feel that the attitude toward foreign residents is generally good and over a quarter say they have felt unwelcome due to their nationality. Expats also struggle to make friends in the UK, with the UK ranking 49th out of the 65 countries in the Finding Friends subcategory.

Quality education is still a plus

66% of parents are happy with the quality of the British education system but find the costs of childcare to be expensive. Only 19% rated this factor positively, leading to the UK losing ground in the Family Life Index, dropping ten points to 34th place.

The countries that are ranked below the UK

If you’re thinking of exploring the UK’s great work opportunities and need any advice about your financial emigration, contact us today and we’ll help you on the path to financial freedom in your new home.