Home » Corruption watch: the results of the corruption perception index

Corruption watch: the results of the corruption perception index

Home » Corruption watch: the results of the corruption perception index

Corruption watch: the results of the corruption perception index 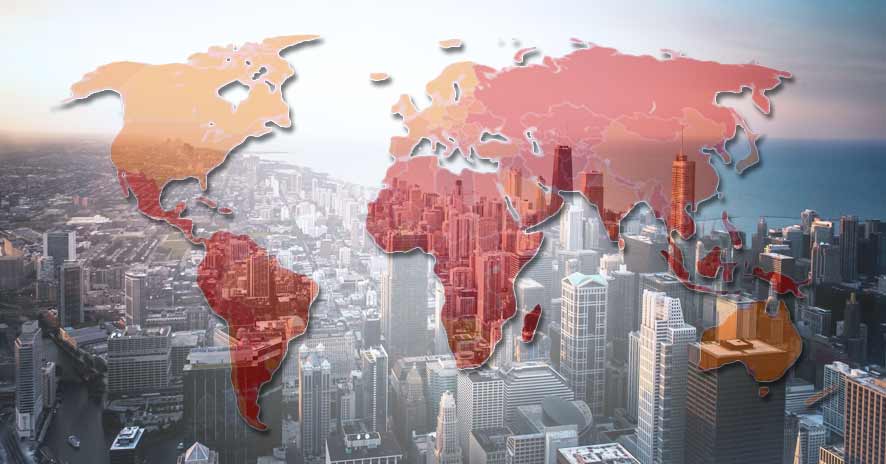 The Corruption Perception Index, published each year by Transparency International, uses expert analysis as well as public opinion to determine levels of perceived corruption for countries across the world.

According to Corruptie.org, corruption is the misuse of public or entrusted power for private gain. Though corruption at the “top” of the political and business chain undoubtedly has far wider implications and usually has greater monetary impact, it’s crucial to understand that the corruption allowed in other spheres of society or business enforce normative behaviour and its tolerance of such behaviour which makes the general public and society as a whole susceptible to further and more prevalent corruption in all aspects of a society.

Corruption perception index – what do the rankings say?

The latest results, which tallied data for 2016, were released on 27 January 2017, and they aren’t exactly surprising…

Least corrupt countries in the world

The most “trustworthy” countries in the world according to Transparency International are Denmark (-1) and New Zealand (+2), tied in first place with a score of 90 each. Following closely behind are Finland (-1), Sweden (-1), Norway (-2), Singapore (-1), Netherlands (-4), Canada (-1) and Germany.

Short on the heels of the top ten are Luxembourg, the United Kingdom and Australia which each retained an unchanged score from 2015 to 2016.

Most corrupt countries in the world

They are followed by Eritrea, Angola (+3) and the Republic of Congo (-3)

Of course, South Africans would want to know where we fit in. Although we’ve improved our image a bit since 2012 – managing to climb from 142 to 145, we’ve lost 5 places on the corruption tier – sliding from 61st place to 64th place.

The USA has also lost some ground, losing two points and two places to place them in 18th place.

The cost of corruption

These statistics have come under fire from numerous analysts and institutions, who claim that it is not possible to accurately determine the cost of corruption. Nevertheless, it seems to be based on Transparency International’s estimate that 20% of funds for public procurement in South Africa disappear.

Irrespective of the real numbers, it’s clear that these are incredibly high, and that the losses attributable to corruption affect each of us.

How to fight corruption

Corruption is very much reinforced through individual acceptance of its prevalence as well as “groupthink” mentality. The bystander effect, for instance, is a phenomenon where individuals within groups each refrain from interfering, assisting or whistleblowing as each individual looks to his/her peers in the group to act first.

In business and politics this is known as the political bystander effect. Essentially, if no one does anything, then nothing changes and the norm is reinforced. It is therefore our individual duty to call out irregularities, unfairness or other shady dealings.

As individuals take a stand against corruption, the contrary norm is reinforced, making it more acceptable for others to come forward and voice their concerns. These concerns should also be heard out and encouraged by leaders, whether social, political or corporate, and in so doing a culture of transparency and accountability is nurtured.

In addition to the Corruption Perceptions Index, Edelman recently released the results of the 2017 Edelman Trust Barometer, and the results are startling. The Barometer revealed a worldwide decline in public trust in all four categories measured for the index, including business, government, NGOs and media.

The results indicate that people tend to have greater trust in NGOs and businesses– placing the onus on corporates and social organisations to defend the public’s interest and uphold strict codes of ethics and accountability.

As individuals, the best way to counter corruption is holding your services providers accountable for their actions. Do thorough research before engaging a provider and seek transparent answers from them when it comes to your contracts, financial affairs or data-management.

Check credentials and don’t be afraid to ask if something seems amiss.

As the no.1 provider of cross-border financial services for South Africans worldwide, we pride ourselves in keeping all dealings above board and being transparent in our dealings with clients.

We want you to make informed choices based on sound statistics, analyses and calculations and not be tricked or pressured into making decisions for your hard-earned money. As an accredited financial services provider, our products, conduct and services are vetted and monitored by regulating bodies in South Africa and abroad, and we are held accountable for our conduct.

Our aim is building long-term relationships with all our clients – something which is only possible through transparency, accountability and empathetic dealings which take the individual needs of our clients into account.

If you’re interested in having your cross-border financial affairs managed by a responsible and reliable provider, feel free to leave your details and we’ll call you for an obligation-free consultation.