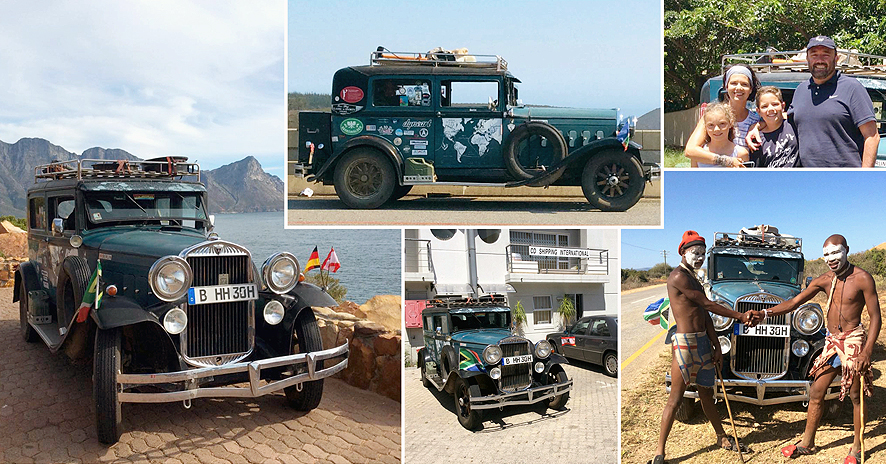 Heidi Hetzer is a 79-year old former rally driver, auto dealer and German celebrity who has been circumnavigating the globe for the past two years.

During a stopover in Ballito Bay, Heidi met with finglobal.com CEO, Ryno Viljoen, who invited her to stay with his family in Hermanus on her way to Cape Town. 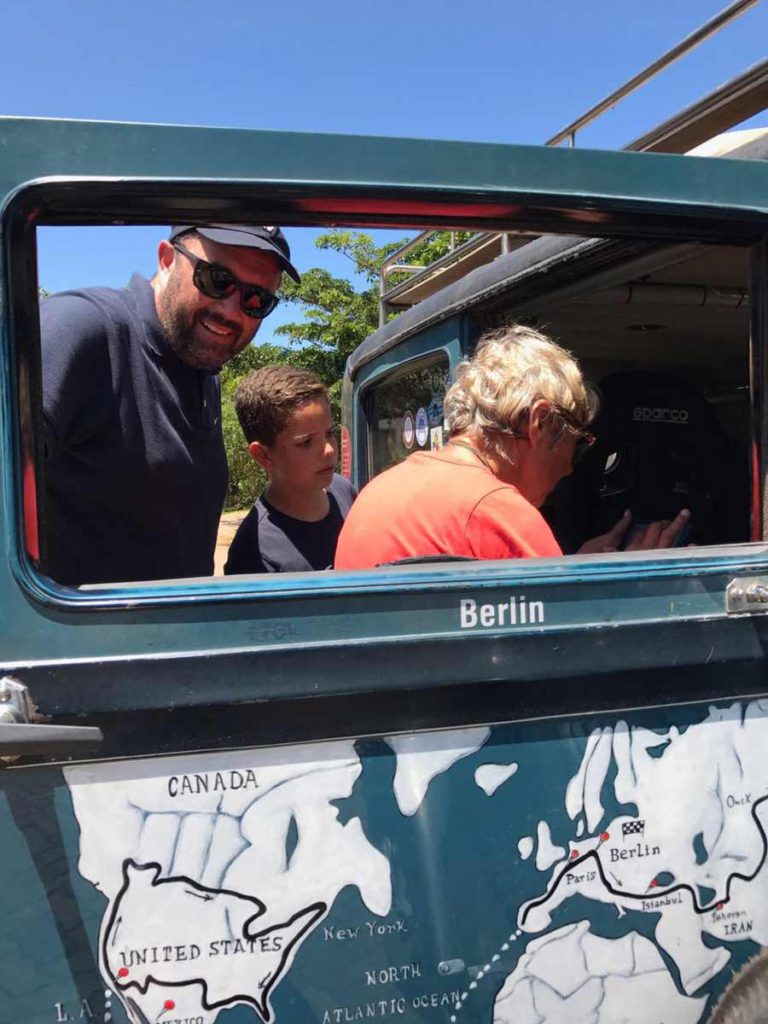 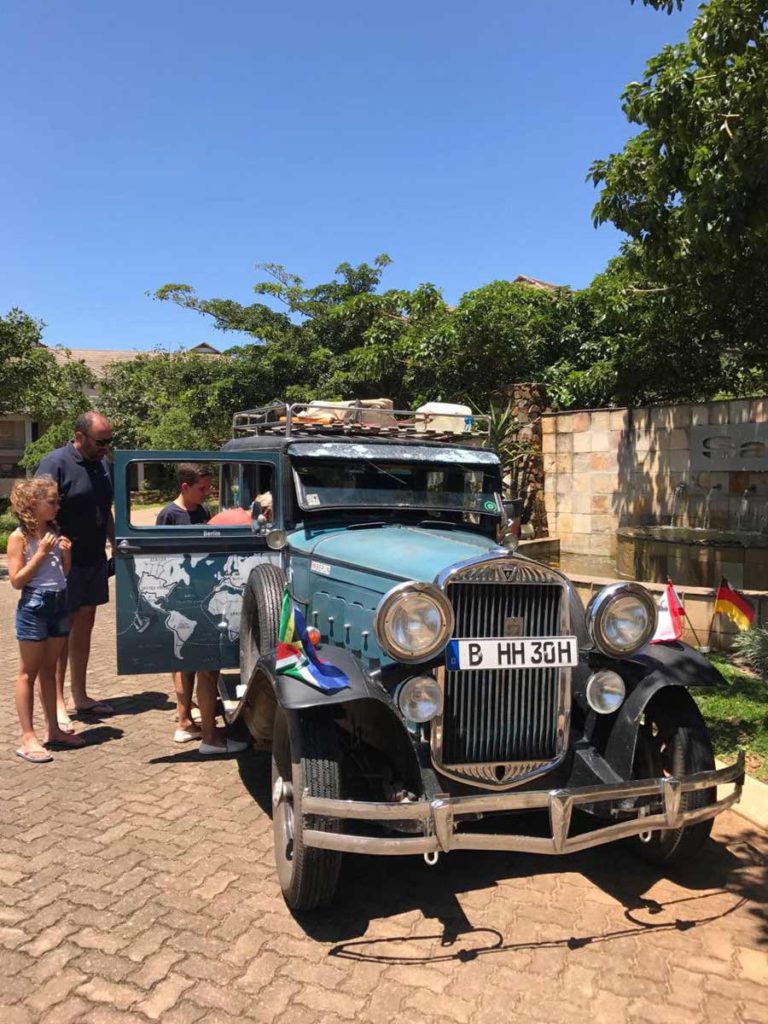 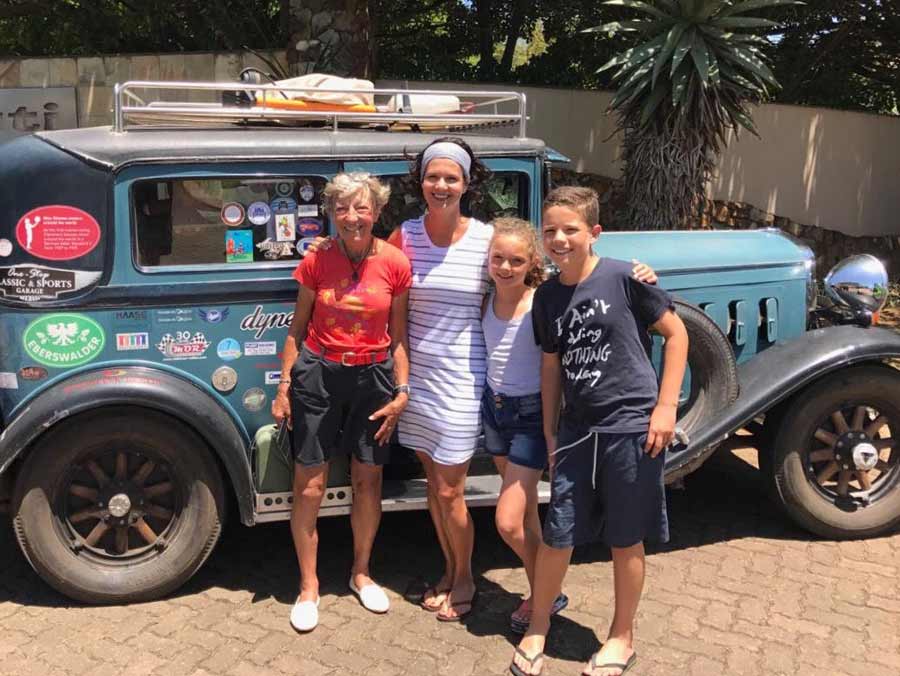 Heidi Hetzer – the age of adventure

As a classic car collector, it only made sense to Hetzer to set off on her worldwide journey in a vintage car – a 1930 Hudson (Hudo). Hetzer’s initial companion on her journey went a different course as of September 2014, and ever since she’s been following the footsteps and tyre tracks of Clarenore Stinnes, a female predecessor who’d made a similar trek around the globe from 1927 to 1929.

Hetzer’s tenacity and determination in completing her journey has seen her sail through numerous hardships which would cripple most people. Among other things, she’d lost a finger in an accident while fixing her car and was also diagnosed with cancer in December 2015. She was treated relatively quickly and received surgery in Germany before setting off once more, this time with camerawoman, Lil, in tow.

Her travels have taken her through Eastern Europe, Central Asia, China, South Asia, Australia, New Zeland, USA, Canada, South America and Africa. The last leg of her race will see her cross the Suez Canal, Spain and France in order to touch down once more in Berlin. With Hudo clearly not having fins, her automotive companion is shipped to her next destination if driving Is not a possibility.

Whether you want to catch up on Hetzer’s past adventures, or want to support her on the remainder of her journey, you’ll be happy to know that Hetzer posts blogs and other media on her website and Instagram accounts for the world to follow. It’s not often that a 79-year-old takes to Instagram, let alone rack up near 6 000 followers, but this is the type of sway and charisma Hetzer evokes in her fandom.

As a financial services provider focused on expats around the globe, finglobal.com is always excited to meet new people and hear their fascinating stories. Whether you’re a hardcore adventurer like Hetzer, or like to laze about in the sun, we would like to assist you in reaching your dreams by giving you the financial freedom you rightfully deserve. Simply leave your details and one of our consultants will call you back for a no-obligation quote.