Reasons to immigrate to New Zealand

Reasons to immigrate to New Zealand 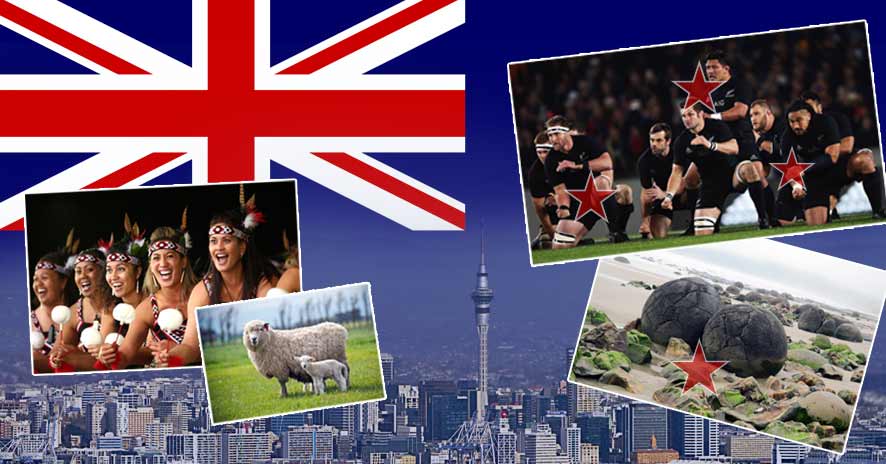 We know you’ve been looking forward to your #ReasonsToImmigrateTo blog. As a South African there are many reasons to consider immigration – crime, education, public service, you name it. But our Reasons To Immigrate To blog aims to highlight the positive factors which draw migrants to a particular country. After all – we all have different things which appeal to us. So this week we’ll take a look at New Zealand, and why safas would want to relocate to this beautiful country.

In 2013, according to a nationwide census, there were 54 279 South Africans living in New Zealand. That’s a whole lot of safa love on this majestic isle. But what draws South Africans to this country? Take a look at the best reasons to consider moving to New Zealand.

According to the 2016 Index of Economic Freedom, New Zealand ranks in third place worldwide. This great ranking is said to be due to the country’s modern and competitive economic benefits. They have strong open-market policies which encourages dynamic flow of trade and investment. They have transparent regulations and encourage entrepreneurial activity. This makes it an absolutely great place to settle down and build a business – especially if you are an innovator and go-getter.

The magic of language

In the mood for visiting Taumata­whakatangihanga­koauau­o­tamatea­turi­pukakapiki­maunga­horo­nuku­pokai­whenua­kitanatahu? Of course you are – but you’ll have a hard time pronouncing this Māori name. That doesn’t mean you should try though. Learning a new language has been proven to improve brain function – including better task and conflict management. So what words should you absolutely know?

Get ready for a fairytale

One of the quirkiest things New Zealanders have ever done (and fantastic we might add) is broadcasting a weather forecast in elvish. That’s right! The country where the Lord of the Rings was shot actually decided to honour Middle Earth by giving residents an overview of the weather in this fictional language. You can say a lot about a country by the way it respects and humanises mythical lands. This simply attests to their love of folklore and a playfulness which is so necessary in a serious world. You can watch the weather forecast below.

Did you know that New Zealand has more golf courses per capita than any other country in the world? It is also the highest participation sport in the country with over 482 000 Kiwis playing the sport. The reason for the sport’s popularity is that it’s surprisingly affordable – unlike some other places in the world.

Home away from home

New Zealand is one of the greatest expat locations for South Africans. If you’re therefore looking for a place where you can connect with South Africans outside country borders, this is definitely the place for you.

There’s something in the water

Whether you like your water salty or fresh – there’s no place you could go in the world that offers you such a variety of water sources. New Zealand is under the top 10 countries when it comes to drinking water. In fact, the Te Waikoropupu Springs in Golden Bay pump out more fresh water than any other springs in the world, at two billion litres of water per day, which is enough water for the entire country. It is also the clearest Springs in the world outside of Antarctica. But the clarity doesn’t stop there. Nelson’s Blue Lake in New Zealand is also the clearest lake in the world, with a visibility of up to 80 metres deep. And if you prefer the coast, you’d be happy to know that the furthest recorded location from the coast is about 130 kilometres – an easy drive no matter where you are.

Best scenery in the world

South Africa definitely offers a choice of scenery, but New Zealand got a 10 out of 10 ranking for scenery in the US News 2016 Best country rankings. In fact, the country is so idyllic it’s the top choice for movie directors and producers because of its natural beauty. Films such as the Lord of the Rings trilogy, King Kong, the Chronicles of Narnia, Avatar, the Piano, the Adventures of Tintin, Last Samurai and 30 days of Night were all shot on location in New Zealand. Tourists flock here to see the Coromandel Peninsula, Abel Tasman National Park, Kaikoura forest, Franz Josef Glacier, Rotorua thermal wonderland, Tongariro National Park, Bay of Islands and Milford Sound.

We’ve covered financial freedom, but New Zealand is the number one country in the world when it comes to human freedom too. A global survey (conducted in 2013) by the Canadian Fraser Institute ranking 123 countries gave New Zealand first place when it comes to human freedom. The survey measured security and safety, movement, expression and relationship freedoms. In addition, The Freedom In The World survey by Freedom House gave New Zealand a ranking of one – the highest possible ranking – for political freedom. This just proves that Kiwi country is the best place for those wishing to break free.

It’s something all South Africans long for – a place to feel safe and secure, where your children can play in the streets and you won’t have to look over your shoulder each time you get out of your car or walk around in the streets. Well, New Zealand is simply one of the safest places to live in the world. In the 2015 Global Peace Index rankings, New Zealand came in fourth, while South Africa was ranked 136th in the world.

Want to know what else New Zealand got a 4th place for? Well, for anti-corruption of course. The world Corruption Perceptions Index, which ranks perceived public sector corruption in 168 countries showed that New Zealand is one of the countries with the least corruption. Does this mean their dealings are honest and transparent? Well, the citizens truly think so.

So you think South Africans are serious about their ruggas? Then try New Zealand on for size. Not even national anthems are enough to honour this team sport – no sir, in New Zealand you need a majestic war cry. A cry which has echoed through history. We’re talking about the haka of course – the traditional ancestral war cry which has sends shivers of awe down the spines of each and every foe to face them on the rugby field. In fact, South Africans are so in awe of the All Blacks that we are said to have some of the greatest All Black supporter communities in the world. If you don’t want to lose a grip of one of your favourite sports, New Zealand would therefore be a top pick as rugby supporter.

The US News in association with BAV and Wharton released their 2016 rankings earlier this year. One of the rankings covers the best countries for a comfortable retirement and, this is no surprise, New Zealand is ranked 4th in the world for retirement, right behind Costa Rica, Ireland and Canada. No wonder safas choose this place to settle down and spend the rest of their lives – it’s an obvious choice.

There you have it – just a few reasons why New Zealand is the place for you!

If you have any more suggestions, opinions or tips for South Africans moving abroad send yours to info@finglobal.com.