Home » Reasons to immigrate to Canada

Reasons to immigrate to Canada 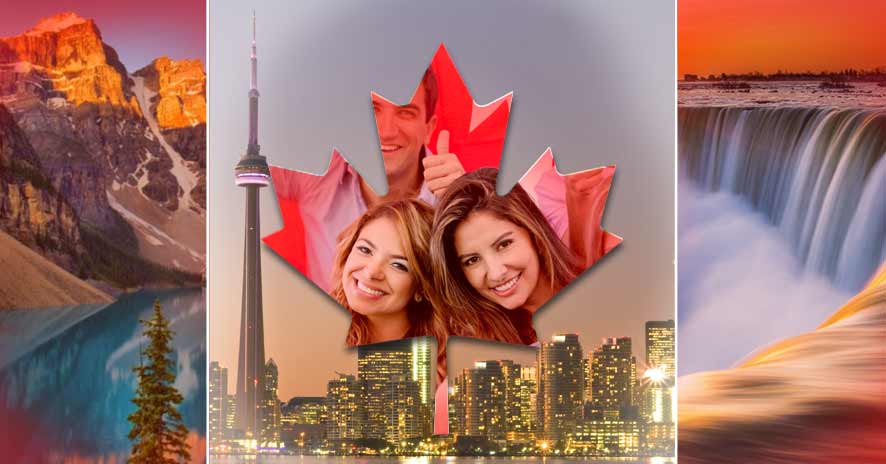 We’re back for another issue of #ReasonsToImmigrateTo and this week we’re stopping off in Canada. There are thousands of South Africans in Canada, and thousands more hopefuls with their sights set on the second largest country in the world.

Why would South Africans want to move to Canada? Well, turns out there are many reasons. Here’s our list of best Canada facts.

No surprises here – Canada came out tops for quality of life, taking the first place in the US News and BAV Consulting’s 2016 Best Countries ranking. And according to Mercer and Numbeo Vancouver and Victoria are the top cities in Canada if you’re looking for a great quality of life. The Quality of Life scoring measured affordability, job market, economic stability, family friendliness, income equality, political stability, safety, public education system and public health system.

Best Country to headquarter your corporation

Another 1st place for Canada is its spot on the Best Countries to Headquarter a Corporation podium. The rankings were calculated according to scores from decision-makers from 4 000 businesses. Scoring was done for nine country attributes, including: connection to the rest of the world, corruption, economic stability, education level of the population, tax environment, infrastructure, legal framework and propensity for living there.

Canada may be the second biggest country in the world, but it’s sparsely populated – with most of the residents settling within 200 kilometres of the US border. The country has the lowest population density in the world – with 3,75 people per square kilometre. Given that 30% of the 9 984 670 km² country is occupied by forest, this gives you about 2 995 401 km² of natural playground – an expansive wilderness where nature carries on, untouched, rugged and in absolute splendour. So if you’re tired of the claustrophobic confines of the city you’ll find your soul replenished in the Canadian wild.

They embrace all cultures

Not only is multiculturalism embraced in Canada, but they were the first country to adopt multiculturalism as an official policy. The aim of the policy was to ensure the value and dignity of all Canadian citizens, irrespective of their race, origins, language or religious affiliations. They believe cross-cultural understanding as well as racial and ethnic harmony is crucial to the wellbeing of their country – encouraging all individuals within their borders to integrate into society and particilate in social, cultural, economic and political affairs. So if you’re looking for a home where you can simply be yourself, this is the country for you.

You don’t have to be a doomsday theory supporter to know that water is one of the greatest commodities in our world. Not only does Canada have 20% of the world’s total fresh water in the world, but it has more lakes than the rest of the world combined. Of course, you don’t necessarily want to walk on over to the lake to fetch your water each day. Good news though, as Clearbrook in Abbotsford walked away with the title of best municipal water in the world this year. The country also walked away with the second, third and fourth place for bottled water and second place for sparkling water.

In 2015, the Organization for Economic Cooperation and Development published a 500-page report dubbed ‘Education at a Glance: OECD Indicators’ wherein they discussed the educational systems from across the globe. Their findings revealed that Canada is the second most educated country in the world, with 53% of Canadian adults being educated at tertiary level. It was surpassed only by Russia, due to Russia having the highest percentage of adults with a secondary education.

It’s said that Canadians apologise for nearly everything – if you bump into them by accident, they will say sorry, if they forget to hold the door for you, they will apologise, they will apologise before asking you a question or bothering you and ask very politely if they can have a moment of your time. In fact, a poll from Queen’s University showed that 90% of Canadians aged 18-25 will immediately apologise if a stranger bumps into them. If you’re tired of rude people or want to teach your kids to be well mannered, then Canada is simply the best place to live.

Canada has a solid network for supporting immigrants and their families and helping them adjust to their new home. The Government was the first to introduce immigration programmes using a Point Based System. The Government offers a back-up and support infrastructure as well as agencies to assist immigrants as well as follow-up immigrants like trailing relatives.

In Canada, immigrants are encouraged to bring their cultural traditions with them and share them with their fellow citizens. pic.twitter.com/MOuStZbSX7

Canada is simply a favourite for Hollywood directors. In fact, Vancouver and Halifax are two of the most popular stand-in Hollywood locations in the world. Some of the blockbuster Hollywood movies which were actually shot in Canada include Capote, Twilight, Max Payne, Blades of Glory, How to lose a guy in 10 days, Titanic, Brokeback Mountain, American Psycho, Saw, Police Academy, Total Recall, Wrong Turn Boondock Saints, Twister, Robocop, Camp Rock, Chicago, Cruel Intentions, Fantastic Four, Jumper, New York Minute, Pacific Rim, Inception, 50 Shades of Grey, Good Will Hunting, The Incredible Hulk, The Day After Tomorrow and X-Men 2000. So if you want to feel like an extra in a blockbuster, go hang around these towns and you may just get your wish.

These are just a few reasons why Canada may be the place for you! Do you have any more suggestions, opinions or tips for South Africans moving abroad? Send yours to info@finglobal.com.