Home » Reasons to Immigrate to Singapore

Reasons to Immigrate to Singapore 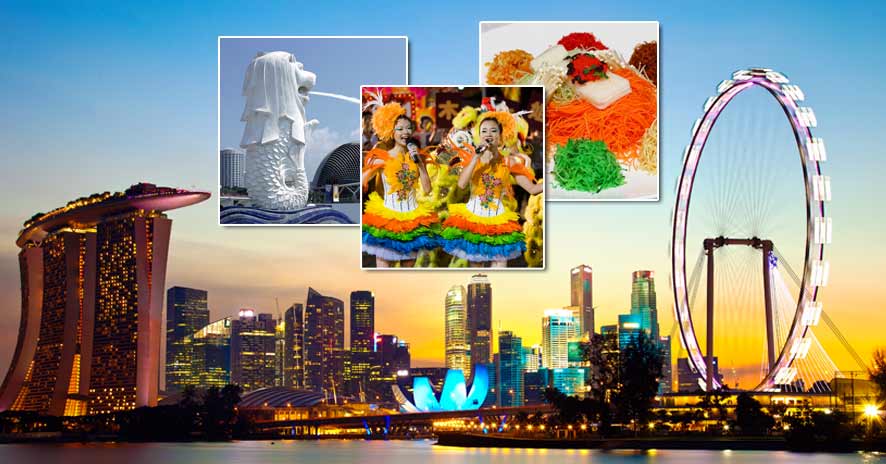 We’re back for another issue of #ReasonsToImmigrateTo and this week we’re stopping off in the Republic of Singapore. It may seem like a strange idea to hitch your dreams to the world’s only island city-state, but in actual fact, there’s a whole lot to love about Singapore.

Here’s why people want to immigrate to Singapore.

Why would South Africans want to move to Singapore. Well, turns out there are many reasons. Here’s our list of best Singapore facts.

Least miserable place in the world

Don’t believe us? Well, according to Bloomberg, Singapore has the lowest combination of consumer-price inflation and unemployment in the world – officially making it the least miserable place on earth in 2016 according to the worldwide Misery Index. It’s taken the first place from Japan, who used to hold the title.

A place of opportunity

According to PriceWaterhouseCoopers, Singapore is top City of Opportunity in Asia and 3rd worldwide. So if you’re looking for a place where you can start up, grow your own business, join a new business, expand your horizons or try something completely new – then Singapore is the place for you.

According to Quora, Singapore is the best place for first-time immigrants – especially non-first language English speakers. The reason for this ranking is that Singapore has such mixed culture – it is friendly, inviting and filled with other people who happen to find themselves in the same immigration boat. Consequently, everyone’s very helpful and willing to assist other immigrants with fitting in, finding their feet and enjoying the whole experience.

Like your downloads, uploads and browsing fast and furious all day long? Well then you’re in for a treat in Singapore – which has the world’s fastest average peak internet speeds according to Akamai (the world’s fastest content delivery network).

Best place for any expats

We already said that Singapore is the best place for first time immigrants, but it’s also ranked no.1 in the world for any expats according to an InterNations survey. The survey covered overall quality of life, travel, transport, happiness, health, political stability and peacefulness. Not too shabby.

Land of the super safe

If you’re tired of the doom and gloom in South Africa, you’re probably looking for a place which is safe. Right? Of course you are, which is why Singapore should be on your immigration list. The city-state ranked no.2 in the world in the New York firm, Value Penguin’s safety index. The index measures life expectancy, assaults, theft, traffic deaths, police to population ratio, carbon dioxide emissions and population.

Best education in the world

According to CNN, Singapore has the smartest students in the world, and a BBC report in 2015 placed the city at 1st place in the global school rankings while it was ranked third in the world by MBC times. So if you want your kids to have a proper education, then take them to Singapore. Compare this with South Africa, which is second last based on economic growth potential for youngsters.

Singapore is home to two of the world’s three most expensive buildings, and if you see them for yourself, you can understand why the companies splurged so much on these buildings, you will stand in architectural awe at the amazing buildings and constructions in this builder’s paradise. In fact, it’s been called ‘Skyscraper City’ due to its architectural gems and amazing skyscrapers which tell a tale of the country’s rich history.

From swamp to splendour

Although the country was once known as a swamp, it’s become one of the cleanest countries in the world. It’s been given the rank as cleanest city in the world several times by CNN. In fact, the reason for their cleanliness can be put down to their laws – you’re not allowed to eat gum, litter or smoke in public. You can also receive serious jail time for urinating in public, vandalism or drug usage – so it’s understandable why people who are on the right side of the law would choose this as their second home.

These are just a few reasons why Singapore may be the place for you! Do you have any more suggestions, opinions or tips for South Africans moving abroad? Send yours to info@finglobal.com.