Home » Reasons to immigrate to Australia

Reasons to immigrate to Australia

Home » Reasons to immigrate to Australia

Reasons to immigrate to Australia 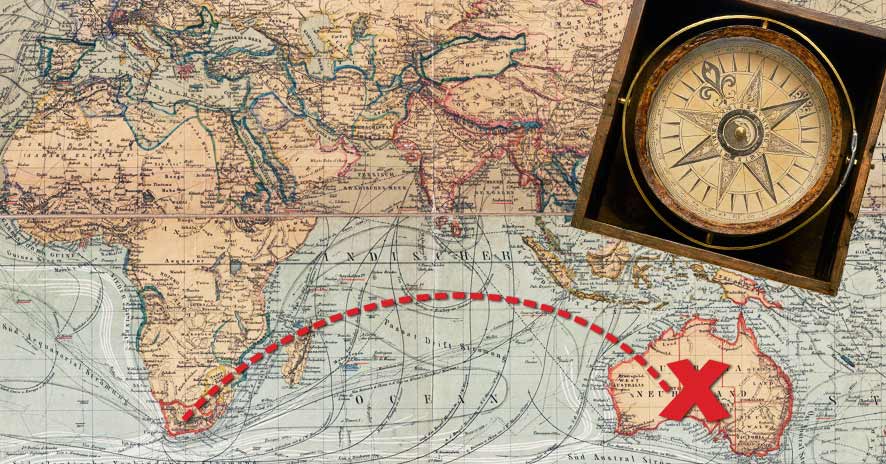 Welcome to our third feature of cashkows’ #ReasonsToImmigrateTo blog.

Although we can’t prescribe which country would be best suited to your individual needs, we can give you the lowdown on pull factors which some of your peers have cited for choosing a particular country or region.

We’re travelling all the way from Sweden this week to a little place down under called ‘Australia’.

Australia hardly needs an introduction – this country has been a favourite for South African expats for ages. And although many South Africans like to use doom and gloom within borders to motivate a push out of the rainbow nation, it’s nice to look at it from a different angle and consider what exactly makes Australia such an immigration favourite among safas.

Welcome to the immigration nation

Australia is known as the immigration nation. Though the normal human migration began about 50 000 years ago when the Aboriginal people arrived on the island, the first coastal landings and European settlement began in 1788 with the establishment of New South Wales as British penal colony. From 1815 thousands of free settlers had relocated from Britain and Ireland in Australia, followed by Australia’s gold rush in 1851 as well as the resettlement of approximately 165 000 convicts by 1868. No matter how you look at it, most of Australia’s 22 million+ population are descendants of immigrants – it has been named the second most immigration-friendly country in the world by the Immigroup.

The US News in partnership with BAV and Wharton has released their ‘best countries’ ratings. Australia is ranked sixth overall, but its top ranking is its second place under the Best Countries to Headquarter a Corporation in. Interestingly, among the 4 000 businesses polled in the survey, the interesting finding was that the location of a company’s headquarters was not necessarily motivated by taxes – instead, executives and investors preferred regions where corporate identity afforded them a balance of financial and lifestyle benefits. Australia in particular is a big draw for executives and businesspeople – who ranked it the top country where they would choose to open a business. If you are an executive or investor, consider attending one of the Victoria Government’s ‘Living and Investing in Australia’ seminars in South Africa.

Tired of the stereotypes?

For many South Africans, the racial, class and cultural divide that still forms clear barriers between countrymen are drawn with a harrowing and emotional red marker. This is probably why Australia holds such emotional appeal for South Africans. Whereas South African governments, both under colonial and apartheid rule had ascribed to slavery and segregation, Australia instead follow a route of assimilation with indigenous people, encouraging all countrymen to live in harmony. The country also has a relatively short history of slavery – and during this period convicts were mostly used as slaves. Most people living in Australia swear that there is equality everywhere and that racial and cultural difference are hardly noticeable as everyone lives in harmony.

South Africans love our sport. Whether rugby, football, netball, hockey, cricket, golfing, surfing or swimming – it’s something we are passionate about, and no country in the world mirrors our love of sport like Australia. It’s no surprise that the country which is also one of South Africa’s greatest competitors in the sporting arena should be the one which safas feel most welcome in.

Always take the weather with you

Just like South Africa, Australia has a varied climate with regions of semi-arid, Mediterranean, temperate, savannah and tropical climate. One of the greatest pull factors for South Africans is whether or not they will easily acclimatise to their new home. Both countries falling in the southern hemisphere, and both lie between warm and cold ocean currents – South African between the warm Mozambican  and cold Benguela currents and Australia falling between the warm East Australian and cold West Australian currents. The Tropic of Capricorn and -30 degree lines of latitude run through South Africa and Australia. So if you’re looking for a place that resembles home, then you may consider moving to Australia.

Though Australia has a thriving economy, the country is in desperate need of skilled migrants, and has been actively campaigning for migrants to consider working in Australia. The General Skilled Migration program is aimed at offering individuals permanent Australian visas based on their qualifications, work experience and language ability. The Skilled Migrant Selection Register (SkillSelect) was introduced in 2012. SkillSelect works as an electronic two-stage process whereby individuals first submit an Expression of Interest (EOI), followed by an invitation for submission of an Australian visa. The process has changed over time with new visa subclasses being introduced to replace old subclasses. Applicants must be under 50 at the time of application, have suitable English proficiency, have a nominated skilled application and complete the skills, health and character assessments.

According to a comparison by ‘If it were my home’, if South Africans were to move to Australia they would live on average 32.51 years longer, make 3.7 times more money, be 77.11% less likely to be unemployed, be 89.35% less likely to die in infancy, experience 51.98% less of a class divide and are 96.55% less likely to be murdered. The Numbeo quality of life index ranks Australia fifth in the world for Quality of Life, based on purchasing power, pollution index, house to income ratio, cost of living index, safety index, health care index, traffic commute time index and the climate index. So if you want to live a long, happy and prosperous life – then this is most definitely the place for you.

A literal feast for the senses

You’ve most probably seen MasterChef Australia – the undoubted frontrunner in the MasterChef reality TV franchise. In addition to their ‘shrimp on the barbie’ which resembles the South African braai ritual, Australia is known as one of the best countries for fusion food. With its proximity to other island nations as well as undoubted Asian and Mediterranean influences, it’s a hub for tastes from across the globe and a favourite for the discerned foodies among us.

These are but a few reasons why Australia is one of the favourites for South African emigrants. If you have any more suggestions, opinions or tips for South Africans moving abroad, send yours to info@finglobal.com.