Home » Countries where expats can study at university for free (or almost free).

Countries where expats can study at university for free (or almost free). 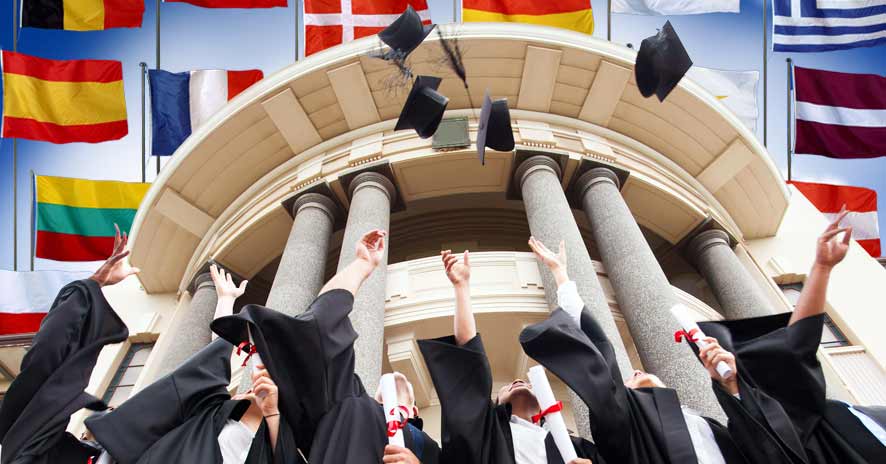 Higher education costs are a contentious issue in South Africa at the moment with the #FeesMustFall movement arguing that university education should be free to all South Africa’s students. While this is a subject that has many people sitting on either side of the fence, many countries in the world have already embraced this ideal and are offering free tuition to students studying in the country. So if you’d like your children to enjoy free tertiary education, consider immigrating to any of these countries:

Countries where expats can study for free

Germany’s universities are all fee-free. The German government funds the education of all its citizens including foreigners. English speakers might be interested to know – they can even take courses in English! Over 900 undergraduate and graduate degrees are offered in English with courses ranging from engineering to psychology. For some courses, you don’t even have to formally apply!

Finland charges no university tuition fees, but it does remind all foreign students that they need to be able to cover their everyday living costs.

Norway does not charge tuition fees for international students, and it is known for having small classes, with easily approachable professors. English courses are offered at many universities, making it a popular choice for many expats.

Slovenia only charges a small registration fee to foreign students, the rest of the tuition is free, covered by the government. It’s important to note though, that none of its universities fall into the top 200 in the world.

Like Slovenia, Brazil only charges foreign students a small registration fee and it does have universities that fall into the top 400 in the world – the University of Sao Paulo and the State University of Campinas.

If you are an expat student from the EU or EEA you can study in Greece at any of the public universities and colleges at all levels for free – with the exception of some of the master’s degree programs.

Countries where the education is almost free

Sweden is one of the wealthiest countries in the world and its colleges are very affordable, but not completely free. It has over 900 programs at 35 universities that are taught in English, which means you can comfortably get a degree without having to learn Swedish.

In France most public universities charge only about 200 American dollars as far as fees go, but if your parents are unemployed, you can study for free.

As an expat from the EU/EEA, students enjoy the same rights as Austrians when it comes to higher education, which means they can study for up to two semesters for free at any degree level. After this they pay very low fees of just €360 (US$390) per semester. International students from outside of the EU or EEA are charged slightly higher fees.