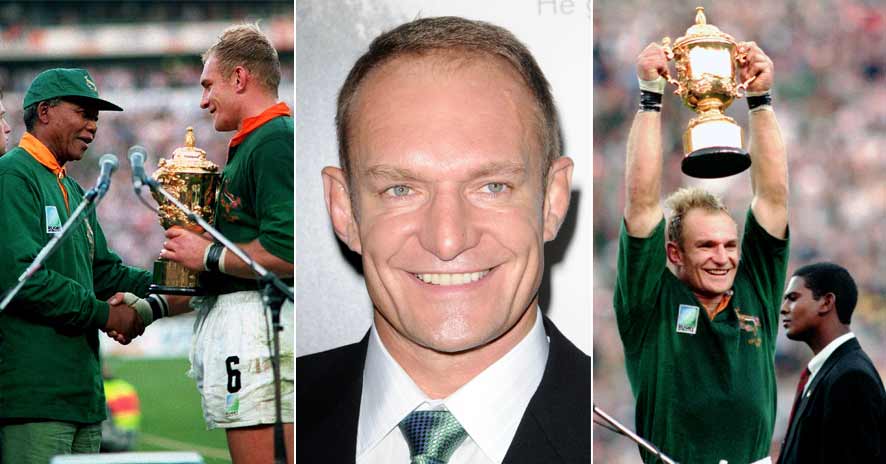 The Rugby may have South Africans waving their fists in the air out of frustration at the moment, but while we’re busy debating the reasons behind the Springboks’ latest beatings, we may as well take a look at some of our “staatmakers” from the past. One such individual is, of course, Francois Pienaar.

So without further ado, your famous South African for the month.

After finishing school, Pienaar got an athletic scholarship to the Rand Afrikaans University where he studied law.

He runs a charity aimed at coaching future leaders

His charty, Make A Difference (MAD), is aimed at “raising the ceiling”. Pienaar stated that the charity is aimed at raising individuals with possible leadership skills within the community and asking contributions from the community in assisting these future leaders to reach their highest potential.

He was captain from his first to last Springbok test

Pienaar first captained the Springboks during his first test match, and he remained captain of the team until his last Springbok match.

During the famous 1995 final he played while injured

Although he’d strained his calf during the final World Cup Match in 1995, Pienaar persisted and played into extra time. The team, of course, won the World Cup that year, much to the delight of all South Africans.

Nelson Mandela was his son’s godfather

Most South Africans know that Nelson Mandela and Pienaar saw each other for consultations in the run-up to the 1995 World Cup, but what most people don’t know is that the relationship was so valuable, Mandela became one of Pienaar’s sons’ godfather.

He regards honesty and integrity as some of the greatest virtues

Pienaar believes that it’s the responsibility of each person to do what is right under all circumstances and to make a difference wherever they might be. He feels personally responsible to do the right thing at all times, and to be consistently critical and honest with himself. He also believes that one should not let your ego get in the way of what’s best for the team or business.

Pienaar is adamant that the legacy he wants to leave behind is that of never giving up on South Africa and always believing in the bright future that the country holds. He wants others to also change their paradigms and treat each other with kindness and responsibility – to be active citizens in their country. 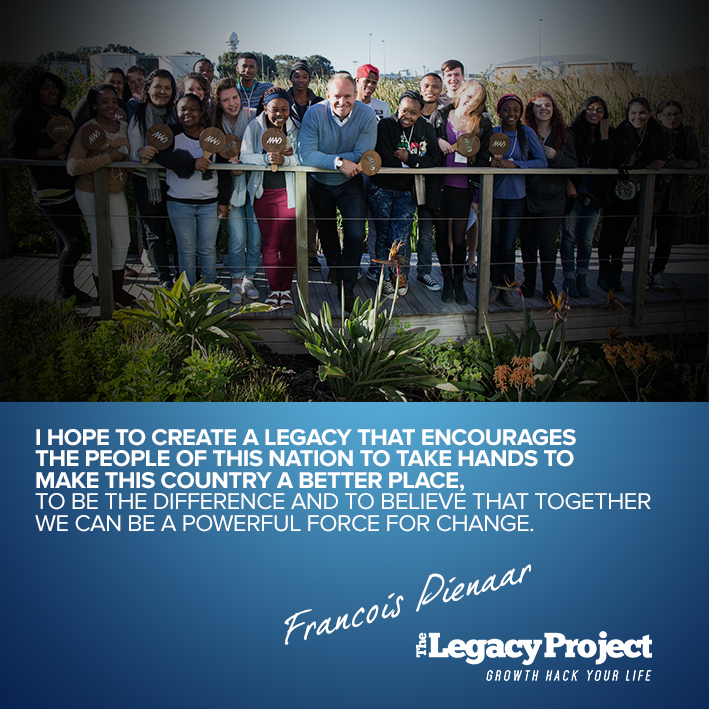 He was dropped from the Springbok team due to a concussion

He was instrumental in making rugby a fully-fledged professional game

Following a stand-off with SARFU, Pienaar voted in favour of professionalization of rugby and was instrumental in negotiating a deal with News Corporation (a la Rupert Murdoch), which essentially turned rugby into a fully-fledged professional game. He was seen by many South Africans as a traitor for this move.

His first love was cricket

As an avid sportsman, Pienaar’s first love was not rugby, but cricket. In fact, he was part of the national cricket team before he joined the national rugby team. But due to an injury which hampered his bowling, Pienaar focused all his attentions on rugby instead.