Tips for learning a new language

Tips for learning a new language 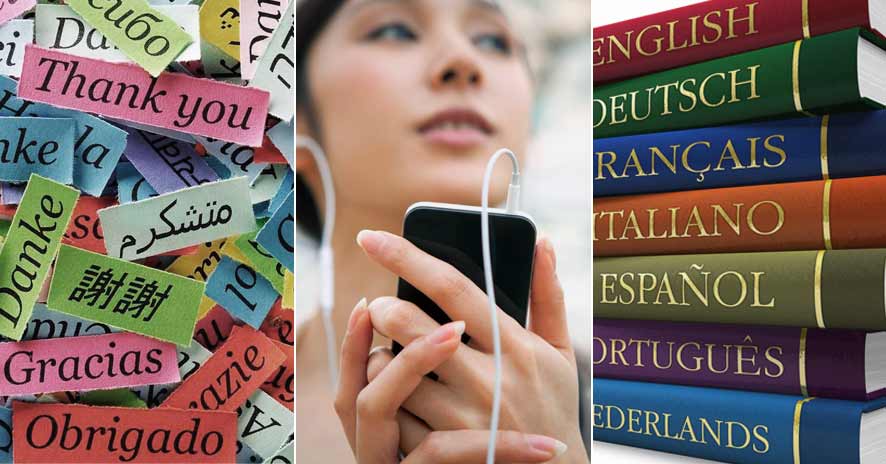 Most South Africans who relocate abroad move to regions with similar cultures and languages. But this is not the case for all expatriates. And even if you do move to an English-speaking country, you’ll find the vernaculars can be hard to crack – some may even sound like completely different languages to your ears.

So we’ve got a few pointers to make learning a new language a bit easier.

5 tips for learning a new language

Okay, so you may not be a spring chicken when you emigrate, but the same cannot be said for your children. According to the critical age hypothesis, children should be exposed to new languages before the age of 12. Contrary to what many people believe, learning to speak requires your brain to “unlearn” language as a baby. As each person across the globe has the capacity to produce all sounds, your brain discards the knowledge and capacity to make those sounds when you learn your first language. So if you learn more than one language as a young child, chances are you will find it easier to learn additional languages as you have a greater vocabulary and vocalisation range. Of course, it’s possible to learn additional languages if you’re over 12, but according to many linguists, this is much harder.

Learning a new language can be a daunting task, especially if you’re someone who is easily embarrassed. But remember one thing – you will learn much faster the more you practice, which means your embarrassment will only last for a short while as you learn the correct ways of speaking and using language. Be prepared for a few mortifying moments and loads of laughs – one day you will look back on those moments with fondness.

Immerse yourself in social situations

It’s possible to learn a new language online, or on your own, but it is far better to walk the streets and see the way people use the language in your social circles than learning it from a book. This holds particularly true for areas where people speak strong dialects or have many colloquial terms. Your books won’t teach you how languages evolve in the streets, and it won’t teach you how certain words have been adapted to suit the users.

Be open to new ideas and concepts

The theory of linguistic relativity postulates that our entire understanding of the world around us, is limited by our language and vocabulary. Did you know, for instance, that certain language speakers cannot distinguish between certain colours as they don’t have words for the different hues. The inuits, on the other hand, can perceive different states of snow as well as the safety, density and age of snow due to the fact that they have 50 different words for snow. This means they can distinguish between different snow surfaces by just looking at it since they have words to describe these states. What you will find when you learn new languages is that your world will become open to new concepts and ideas. It may be daunting, but push through – knowledge is power.

We’ve already discussed learning language by interacting with people, but there are several other ways to learn. Some of these include labelling objects in your home with their names in the language you are learning, listening to music in the new language, listening to audiobooks in the new language, trying language learning apps on your phone, listening to online tutorials and deciphering books using your dictionary. It’s also a good idea to get some insight into the linguistic roots of the language to see where it came from, how it evolved and why they have certain phonologies and taxonomies. The more types of learning you try, the faster you’ll learn, and the better you’ll get at it.

We hope our tips will ease you into your new language and that you’ll sound like a native speaker in no time!