Home » Reasons to immigrate to Sweden

Reasons to immigrate to Sweden 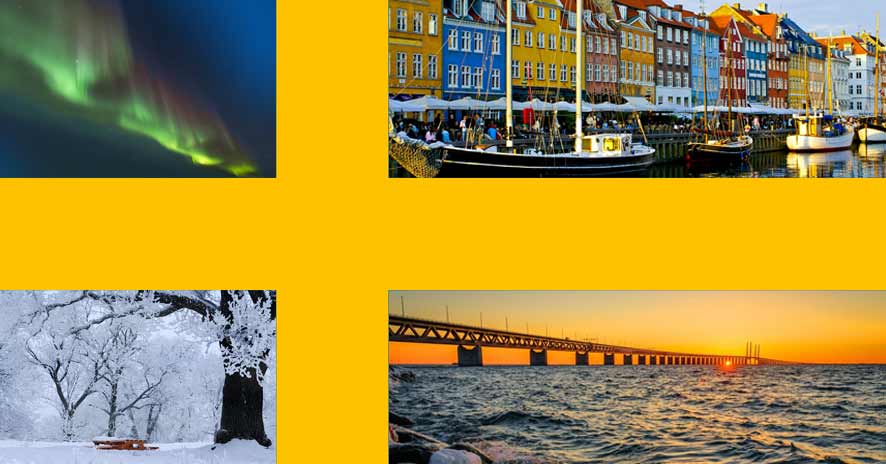 Welcome to our second feature of cashkows’ #ReasonsToImmigrateTo blog.

People have different reasons they immigrate, and of course there are different pull factors for each region, city or country.

For South Africans, the thought of moving to a country where none of our official languages are spoken may be odd. Add to that the fact that the climate and culture is distinctly dissimilar to South Africa’s, and you may find it a bit puzzling to imagine moving to this country. But Sweden truly has much to offer its foreign immigrants.

Best place to be a citizen

Why not join the country ranked as No.1 in the world for citizenship. The U.S. News in partnership with BAV and Wharton ranks countries across the world based on nine aspects – adventure, citizenship, cultural influence, entrepreneurship, heritage, movers, open for business, power and quality of life. This year, Sweden was ranked in the top 5 countries overall and received first place for citizenship. Citizenship is sub-categorised into respect of property rights, progression, trustworthiness, gender equality, distribution of political power, care for the environment, care for human rights and religious freedom, and scored 8+ in all of these categories.

Employee benefits are the best

If five weeks paid vacation sounds good to you, then listen up – because Sweden offers you this and more! If you’re a parent, then you’ll be happy to know that all parents get 480 parental leave days per child. Moreover, you’ll earn 80% of your salary while taking those parental days. You also get unlimited sick days, free healthcare and cheap childcare and a child grant for each child.

In addition to the more than affordable childcare, education is free from age six to 19. The majority of the educational budget comes from local taxes and the rest is paid from the municipal budget – whether you choose a public or independent school. Moreover, Sweden also offers free lunch for pupils.The country also offers free university tuition for EU students at any of their 53 universities and colleges.

The weather is novel and exciting

Okay, so many people may find the Swedish winters strange and it will take time to acclimatise, but once you’re used to it, people swear the seasonal changes are absolutely spectacular.

In winter, residents aren’t contained indoors, but participate in outdoor events like cross-country events, downhill skiing, ice skating, ice hockey and sledding. In summer the sun rises before you wake up and sets before you go to bed. It offers you the opportunity to spend quality time outdoors before and after work and picnicking has basically been called a professional sport here.

Caring about the earth

Sweden is currently ranked the most sustainable country in the world for its use of renewable energy sources, low carbon emissions, environmental practices and policies. The country switched from oil to district heating in the 90s to reduce their greenhouse gas emissions. Växjö, for instance, has been called Europe’s greenest city for their use of centralised district cooling and heating, energy efficient buildings and its alternative public transport. The country prides itself on ecologically sustainable architecture and construction and runs most of its regions on renewable energy sources. They also provide beehives, biodiversity gardens, rooftop fields, nectar flower gardens and pollination habitats in urban settings throughout the country.

The home of Germanic culture

Sweden is one of the homelands of the Germanic ethnicity and culture. If you’re a history buff or like watching Vikings, then Sweden will simply delight you. The Goths, Seuvirs and Norses (Vikings) all hail from this region. After the Swedish Vikings invaded and settled in parts of Eastern Europe, they founded the first kingdom of Russia and all of the Russian Tsars, save for Nicolas II were of Swedish descent.

Sweden is ranked 15th in the world for life expectancy out of 224 countries with an median.

Age of 81.98. According to the Better Life Index, Sweden is also one of the places with the happiest and most prosperous citizens. The average household net-adjusted disposable income per capita per year is higher than in the USA (USD 29 185 compared to USD 25 908). When asked to rank their general satisfaction, Swedish citizens rated their happiness 7.2 out of 10, which is much higher than the average OECD score of 6.6.

Need some warming up?

Sweden is significantly colder than South Africa, but you can rest assured that your nearest restaurant, cafe or bar will warm away the cold. Most Swedish restaurants offer blankets for patrons. Although it’s a rather strange sight at first, pretty soon you’ll be scooting over to your favourite eatery to wrap a warm blanket around your shoulders while enjoying a hearty Swedish meal.

Freedom of the press

It’s hard to understand how the media could really be as liberal and unregulated as it is in Sweden, but this is exactly what you get. The Swedish media is ethical, unbiased and gives readers and viewers a clear and transparent view of the country, including politics. This is one of the many reasons Sweden has also been ranked one of the least corrupt and politically transparent countries in the world.

These are just a few reasons why Sweden is one of the favourites for South African emigrants. If you have any more suggestions, opinions or tips for South Africans moving abroad, send yours to info@finglobal.com.