Home » What South Africans think of their new countries

What South Africans think of their new countries

Home » What South Africans think of their new countries

What South Africans think of their new countries 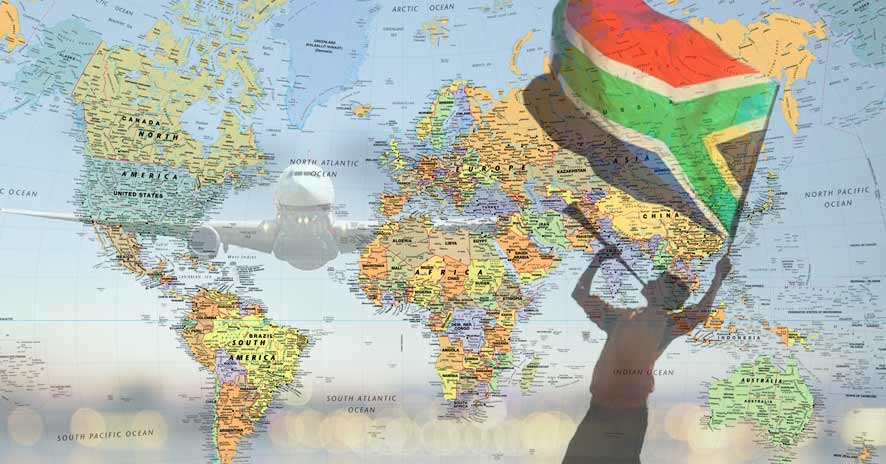 Are you considering emigration? Perhaps you’ve already been living abroad for a while and feel the wanderlust tugging at your sleeve. Of course, deciding where to go isn’t always as easy as others make it sound.

Though most people have a clear destination in mind, many people have no idea where they want to settle down. If you’re one of those, then why not hear what some other saffas have to say about their new homes.

A South African in the UAE

According to saffa, Clare Budgen, Dubai is the perfect destination if you are fond of travelling as it’s centrally located on the world map. The have great healthcare, affordable and efficient public transport and there’s loads of work available. Drawbacks, according to Budgen, are the extreme temperatures as well as integration – making friends is hard, and since the expat community is highly transient friends often move away again after a short time.

A South African in Namibia

Having packed up and moved to Namibia in 2013, Tracey, Ryan and their cat, Bella, found the transition fairly easy. According to Tracey, life in Namibia is far more balanced and less stressful – there is limited traffic, amazing work-life balance, there are amazing natural views and since it’s so close to South Africa you can get most of your South African goodies within Namibian borders. On the downside, the tight-knit community makes it hard to make friends, working permit requirements are very strict and big theatre productions and concerts are few and far in between.

A South African in Japan

Blogexpat interviewee, Rurousha, withheld her name during the interview, but adores her self-given name which means ‘nomad’ or ‘wanderer’ in Japanese. She relocated to Tokyo from Stellenbosch. She states that the greatest part about living in Japan is the safety and ease of life there. Negatives would be the gender ‘apartheid’, reckless cyclists and lack of saffa humour and confined space.

A South African in Nigeria

Now living in the city of Ibadan, Kim Kloppers and her family moved from Cape Town to Nigeria in 2013. By Kloppers’ account, the greatest part of life in Nigeria is the relaxed attitude, cheap petrol, inexpensive electronics, lack of discrimination, privacy and abundance of economic and entrepreneurial opportunities. Things she doesn’t like include the lack of fresh milk and vegetables, slow service delivery, poor hygiene at shops and few high-quality educational institutions.

A South African in New Zealand

Mish who is a Software Support Consultant, immigrated to New Zealand and is incredibly happy with the move. According to Mish, some of the positives about living in New Zealand are the safety, efficiency of opening bank accounts and setting up internet and phone lines. The postal service is also amazing. Drawbacks to living in New Zealand are expensive property, poor customer service at restaurants and high cost of living.

See our reasons to immigrate to New Zealand for more info about this expat destination.

A South African in South Korea

Gaby moved to South Korea – looking for a change and chance to travel – and her experience has been deeply rewarding. Some of the things she values most about her life there include the ease of public transport, the safety, cheaper utilities and cars and cheap food. The negatives include the language barrier, squat toilets, lack of fresh drinking water and unusual business and social etiquette.

A South African in Canada

Geraldine Eliot moved to Canada where she established her own copywriting and editing company. She believes that the biggest pros of life in Canada are the natural beauty, outdoor and cultural activities, multiculturalism, safety and high quality of life. Of course, there are also cons, such as the high cost of living, “cliquey” society, slow pace of life and high healthcare fees for people in the higher income bracket.

Want to know more? Here are our reasons to immigrate to Canada.

A South African in Ireland

AJ, aka Vossie, moved to Ireland in 2001. Although he only planned on staying five years, he loved it so much that he decided to stay. What AJ enjoys most about Ireland is the freedom – the crime is low, it’s peaceful and there’s no language barrier. Some of the things he doesn’t like are the weather, high cost of property and the distrust of foreigners.

A South African in China

Stefanus Hanekom was quite apprehensive about his move to China, but since he started working there his view has drastically changed. According to Hanekom, the greatest pros of living in China are the low cost of living, fantastic weather, ease of travel and abundance of public holidays. Cons include the language barrier, crazy traffic, air pollution and difficulty of doing admin.

A South African in Russia

Reigh used to live in Durban but decided to relocate to Russia as an English teacher. She loves it so much, she plans on staying indefinitely. The positives of Russia which she’s highlighted is that it’s really not hard to live in the country without speaking Russian and that Russia is very welcoming of foreigners. Drawbacks are the divergent cultures – you will miss things like camping, rugby and braais and the people appear to be bad-tempered which make them less approachable than South Africans.

A South African in Belgium

Maxine relocated to Belgium six years ago after taking off some time to travel – an experience which was supposed to last a maximum of two years, but became a permanent thing. Things she enjoys most about Belgium are the gourmet food, food markets, friendly people and market experiences. Some of the not-so-nice aspects include the language barrier, high cost of living and the fact that there are no direct flights to South Africa.

A South African in Australia

Engineer, Dennis Levy, reflected on the differences between life in Australia and South Africa on Quora. Levy’s greatest pros about life in Australia is the honesty, law-abiding citizens, high minimum wage and lack of stigma around menial jobs. Drawbacks, however, are the lack of jobs, high cost of living, expensive property and the fact that Australians don’t appreciate people talking about their home country or in their mother tongue.

Here are our reasons why you might want to immigrate to Australia.

Need help with your cross-border finances? Just leave your details and we’ll call you back!
[contact-form-7 id=”6581″ title=”Blog post (call me)”]