Home » Reasons to immigrate to Japan

Reasons to immigrate to Japan 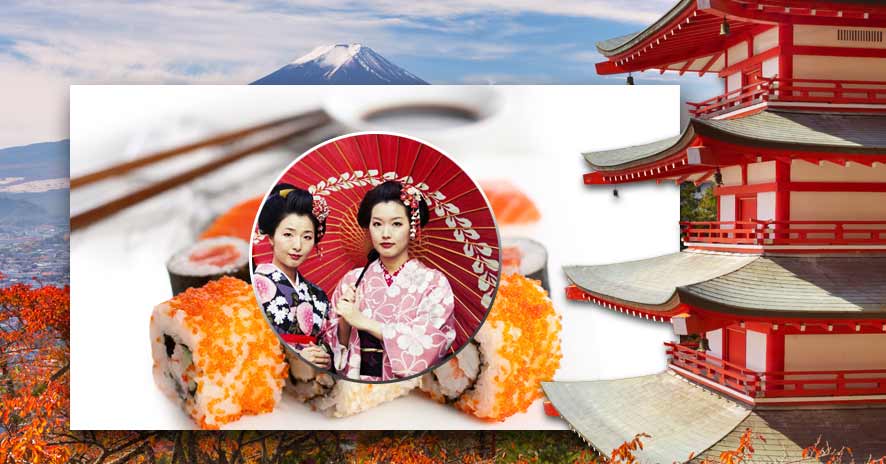 We’re back for another issue of #ReasonsToImmigrateTo and this week we’re taking a trip to the isle of Japan. Though it’s not a conventional immigration destination for South Africans, Japan has made headlines in the past few years as a favourite for some of our Springbok rugby players. So there should be some definite pros for relocating to this country. Let’s take a look…

Why would South Africans want to move to Japan? As it turns out there are quite a few attractive benefits to resettling in this country.

The place to be for innovation

According to the US News in partnership with BAV and Wharton, Japan scored a 10 out of 10 for Innovation for 2016. If you’ve got that next big idea and need a place where you can develop your idea to the fullest – then Japan is certainly the place to go. Japan was also ranked second in the world for entrepreneurship, and received a first place for patent applications.

The country of education

The same US News rankings gave Japan a 10 out of 10 for educated workforce and Edudemic placed Japan in the 2nd place overall for its educational system. In fact, the country scores better than Finland, the UK, Canada and the Netherlands. The success of Japan’s educational system is attributed to the culture of accountability and engagement as well as the clear learning outcomes which guide students towards success.

Live a long and happy life

If you’re fed-up by the high cost and limited options available to the South Africans when it comes to technology – then listen up my friend, because Japan has a technological wonderland. According to the website Top Tens, Japan ranks 3rd overall for its tech. As the most technological advanced nation in Asia – Japan has a full scope of tech solutions to consumers. Whether you’re looking for high-tech gadgets, hologram communication or advanced transportation, you will find it within Japanese borders.

No.1 dining experience in the world

When thinking of a culinary experience, you’re probably picturing France, Italy or England. Well, not to burst your bubble – but you’d be wrong, as Japan holds the record for the most Michelin starred restaurants in the world! According to CNN, Tokyo in particular stands out as the top city for fine dining in the world and the renowned foodie magazine, Saveur, gave Tokyo first place in its World’s Best Food City 2015 awards. Former editorial director and director general of Michelin, Jean-Luc Naret, dubbed Tokyo ‘the world’s capital of gastronomy’ – a title which shocked Parisians in particular.

Drop the car, take the rail instead

Tired of sitting in traffic, catching that dangerous taxi or waiting hours for your bus? Well, then it’s time you get bumped up to A-class travelling. According to the World Economic Forum’s Global Competitiveness Report 2015 – 2016, Japan has the best rail infrastructure in the world, and it’s ranked 4th for availability of airline seats. The country has also increased its infrastructure investment budget which will see it develop even better, faster and more efficient public transport and railway system.

Not only are Japanese stores and streets filled with all kinds of adorable novelty items which will melt your children’s hearts, but they have a host of hilarious game shows, ‘Engrish’ signs and instructions as well as its own styles of comedy – including owarai, rakugo, kyogen and manzai. The country loves their superheroes and manga and many people participate in cosplay – in fact, cosplay (dressing up as characters from film, books or video games) originated in Japan. You’ll also find a myriad of strange and seemingly nonsensical inventions and products on Japanese shelves and in the many vending machines around the country.

Prepare for a cultural extravaganza!

Japan quite clearly is rather far removed from South Africa when it comes to cultural heritage, but this is exactly why Japan is such a breath of fresh air. In addition to the thousands of unique festivals, the country has a rich culture and heritage filled with samurais, karaoke, ukiyo-e (Japanese art), folklore featuring ghosts and monsters, geishas, hanami parties, Japanese gardens, kabuki (traditional theatre), tatami floors, yosakoi and the exchange of ochugen and oseibo (summer and winter gifts).

The World Health Organisation releases an annual ranking of the World’s healthcare systems by country. Not surprisingly, South Africa is not tops on this list. Though Japan doesn’t hold first place on this ranking, it’s placed 10th in the world, far surpassing the UK (18th), Canada (30th), Australia (32nd), the USA (37th), New Zealand (41st) and South Africa (175th). The success of its healthcare system is said to be due to governmental revisions which cap the fees hospitals and pharmacies can charge under their public health insurance programme. The country is also pushing for community-based care which treats patients in their locality.

Omotenashi – the spirit of hospitality

Of course, the world can rank and rate countries all they want – but when it comes to hospitality, Japan has a word for it – omotenashi – which means treating guests with warmth, understanding and respect. This inherent cultural norm encompasses all levels of social or professional interaction and requires that citizens serve others without expectation of favour of reward. In fact, the Japanese language doesn’t discern between guests and customers as everyone needs to be treated with the same level of courtesy.

These are just a few reasons why Japan may be the place for you! Do you have any more suggestions, opinions or tips for South Africans moving abroad? Send yours to info@finglobal.com.