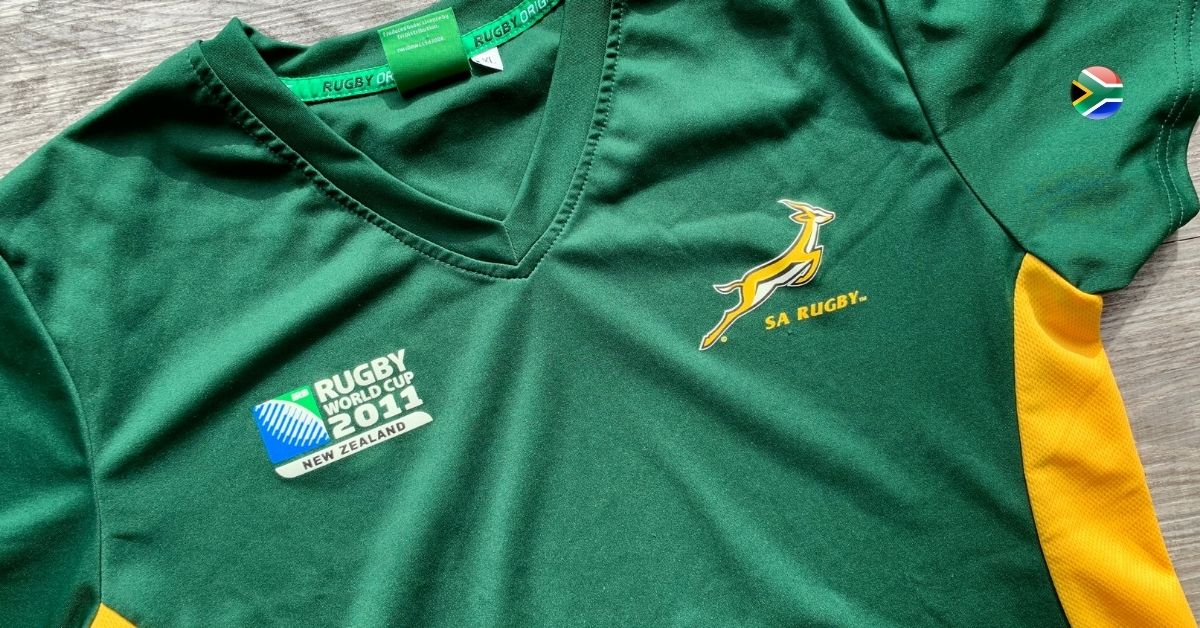 Enter the spotlight, Jacques Nienaber? Yes, that Jacques Nienaber! With the South African rugby team claiming all the glory in the match against New Zealand on the 2nd of October 2021, all eyes are on the new Springbok rugby coach; Jacques Nienaber. What makes this man tick, and what can he do for the SA Rugby team going forward?

The Springbok rugby coach is no stranger to the world of rugby coaching, mind you. He has held numerous coaching positions with the likes of the Stormers, Munster, and the Free State before becoming SA’s leading (coaching) man. His succession to the “throne” in 2020 post-Rassie Erasmus was welcomed by most who heard of it as he was in good standing as the defense coach when the Boks won the Rugby World Cup in Japan in 2019. And in the lead-up to the 2023 World Cup, it’s expected that Rassie and Jacques will work closely together.

Just kidding. If you’re anything like us, you want to know everything there is to know about the Springbok’s coach 2021, and we went out and did the legwork for you! In the paragraphs to follow are interesting tidbits that will hopefully help you see just why Jacques Nienaber is the Springbok’s best hope!

First and foremost, it’s good to know that Jacques was born in a small town in the Free State. He also attended a famous rugby school in Bloemfontein – Grey College. This particular college has been the source of not one or two but forty-six renowned Springboks! Jacques Nienaber claims he was never a “good” rugby player, which might surprise some. Of course, he was into health and fitness and was always found running, playing sports, and doing a bit of cross country.

So, what is Jacques Nienaber’s education like? Well, here’s the clincher. By his own admission, Jacques never had his career sights set on being a rugby coach. In fact, he studied physiotherapy, and he wanted to be the team’s official physio! Talk about a life path change! He didn’t entirely escape physiotherapy, though, because he is married to a physiotherapist, Elmarie.

Some may want to know if Jacques Nienaber and Rassie Erasmus have some kind of history, and as a matter of fact, they do! They met during military conscription in the 1990s, which gives away their ages but also speaks to a great bond. After qualifying for his first career choice (physiotherapist, remember?) Jacques went on to work with various sports teams. He then became a strength and conditioning coach for the Cheetahs, where Rassie taught him a great deal, which essentially helped him transition into the role of defense coach. Jacques’ career was on a roll; he just didn’t know it at the time – Rassie Erasmus had noticed his skill and earmarked him for success in the rugby world, including him on his staff when taking up the position of Director of Rugby for the Stormers in 2007. When the Springboks wanted Rassie on their side in 2017, Jacques was already “part of the furniture” on Rassie’s team of selected staff members.

And then came the success; the Stormers were formidable in their defense on the field, thus showing up Jacques for his great skill in his role. In 2010, the Stormers really showed off their newfound skills by qualifying for the 2010 Super 14 final. And then the Springboks wanted a consultant, and Jacques stepped up to the plate, priming them for the 2011 World Cup.

Just a few years later, Jacques Nienaber is selected as the Springboks head coach 2020, such succession within the ranks is undoubtedly a first in South African rugby. Now, when you speak to Jacques Nienaber about his role, he jokes about still feeling a little awkward when the players call for the “coach,” showing the humble approach of a great man doing great things for South African rugby.

It doesn’t take a rocket scientist to tell that Jacques Nienaber is good for SA rugby, and hopefully, he will drive the team to even greater success in the seasons to follow.

Let FinGlobal tackle your tax and financial emigration for you

Just like a well-played rugby match, your emigration needs to be strategically coordinated and properly prepared for. Granted, no one is going to tackle you in the midst of your process or expect you to show up in the middle of a scrum, but it may feel that way if you head into the tax and financial emigration processes unprepared.

At FinGlobal, we pride ourselves on being knowledgeable about all-things emigration-related for South African expats. That means that we can do a lot more than just help you with your tax emigration or financial emigration. We can also assist with additional services such as FOREX, exchange control, pension income, and retirement annuity withdrawal, to name a few. All you need to do is let us know about your unique situation, and we will furnish you with advice, guidance, and assistance throughout the process. Why approach the process alone when there’s a knowledgeable and readily available team ready to stand by your side?

To discuss your emigration requirements today, contact the friendly team at FinGlobal. Simply get in touch with us. Give us a call on +27 28 312 2764 or send us an email at info@finglobal.com, and we will assist you promptly.