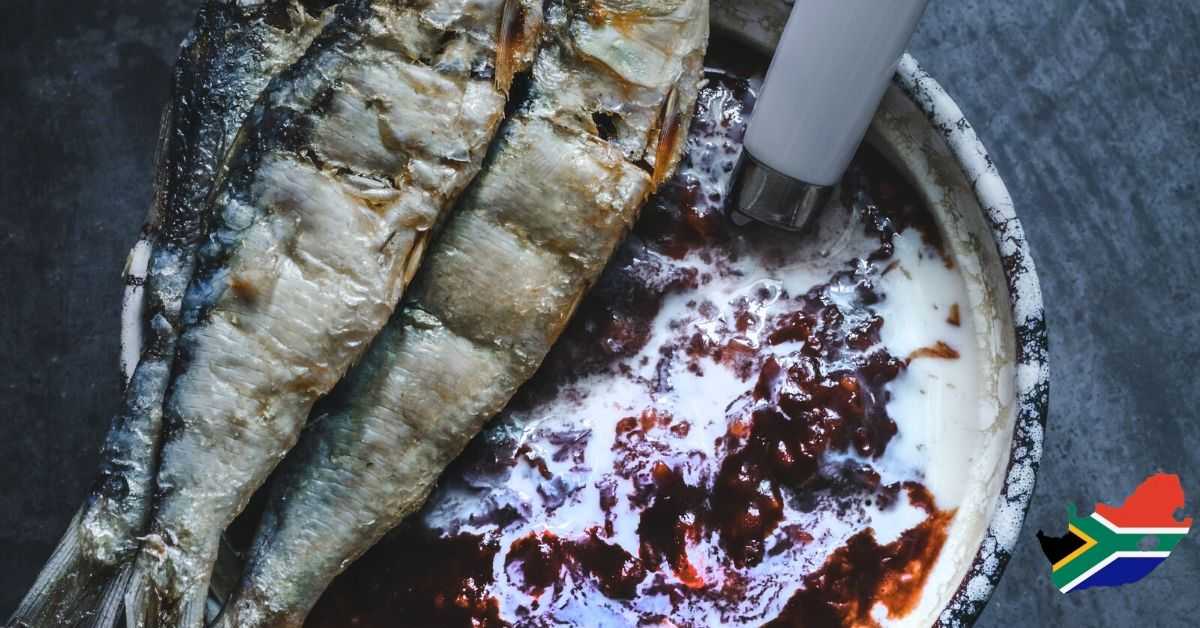 To the South African snack enthusiast, they are known as “bokkoms”, but to the rest of South Africa they are known quite typically as the Southern or South African mullet. The Chelon Richardsonii, if you were to call it by its scientific name, is a small fish that’s found itself deeply engrained in local culture. It is a long, grey fish with a pointed nose. Its belly is darker in colour than its top and it features a quaint tell-tale yellow spot on its gill covers. In South Africa, this is a much-desired snack! The fish is salted, dried and then served as a type of “fish biltong”. While bokkoms is typically made from very small mullets, the Chelon Richardsonii can actually grow to over 40cm in length. These fish are most prolific on the West Coast of South Africa.

If you were born and raised in South Africa the traditional way, there’s a very high chance that your life involved bokkoms at one point or another, even though you might know how to make bokkoms yourself.  Of course, this particular snack isn’t particularly abundant in any home as the demand in the country far outweighs the production of such a snack. If you haven’t had bokkoms before, you are probably wondering how a small mullet fish can become a tasty snack in such high demand. You’re about to find out…

Where Does South African Bokkoms Originate From?

You might have already guessed it, but the word “bokkoms” is actually Dutch. The very start of the tradition of bokkoms in South Africa can be traced all the way back to 1658, which is just a few years after European settlers first made the Cape of Good Hope their permanent home. 4 Free Burghers were granted permission to set up homes in Saldanha Bay and fish the waters of the West Coast. In return, a 5th of their catch had to be sent to the Dutch East India Company’s trading post for selling to passing ships in Table Bay and other Burghers. The delivery couldn’t be fresh and so the concept of salting and drying fish began. The Burghers living on the West Coast all had their own secret dried fish recipe which has been passed down through the South African generations, right up until this day.

Why are they called bokkoms? The truth is that before the Dutch came along, the South Africans used to call these little fish “Haarder”. But that all changed when the European settlers started their salting and drying of these fish. The word “bokkoms” means “goat” in Dutch and is indicative of the shape that the fish form when clustered and hung on fences to dry. They curl into a shape that looks very similar to goat horns. It’s not just the shape of the drying fish on West Coast fence lines that got bokkoms that name though. It is also because goats have scent glands near their horns that release and extremely strong, unpleasant smell. Of course, the sharp smell of the dried fish is similar.

As time has passed, the bokkom is no longer a cheap and undesirable food source destined only for ship supplies, but now rather a delicacy that is highly sought after all across South Africa.

If you are in South Africa or abroad and get a good mullet catch, what can you do with these small fish? Make bokkoms! First, you need a good recipe for that.

Follow this recipe closely and your bokkoms should come out just as good as the first European settler’s batches did!

Bokkoms can be served and eaten just like a type of biltong snack with your favourite beer. For those interested in a “delicacy experience” it is often served with white wine and a fresh white bread or bread roll and creamy butter. Alternatively, some do enjoy bokkoms on bread with apricot jam and black coffee. In some instances, bokkoms is used in tapenades, on pizzas and flat breads (focaccias), and in soups even.

At FinGlobal, we have our share of secret recipes to share, but we have so much more to offer you too. For starters, our decade of experience in the tax emigration, financial emigration, and SA retirement annuity access processes, is nothing short of a treat for many South Africans across the globe. We work meticulously and ensure that you are able to get the most out of your international experience. Whether you need advice and guidance on processing your tax and financial emigration or need advice on how to access your old SA retirement annuity while living abroad; we can assist. All you have to do is contact us. Simply send us an email or give us a call when it’s convenient, and one of our consultants will assist you further.