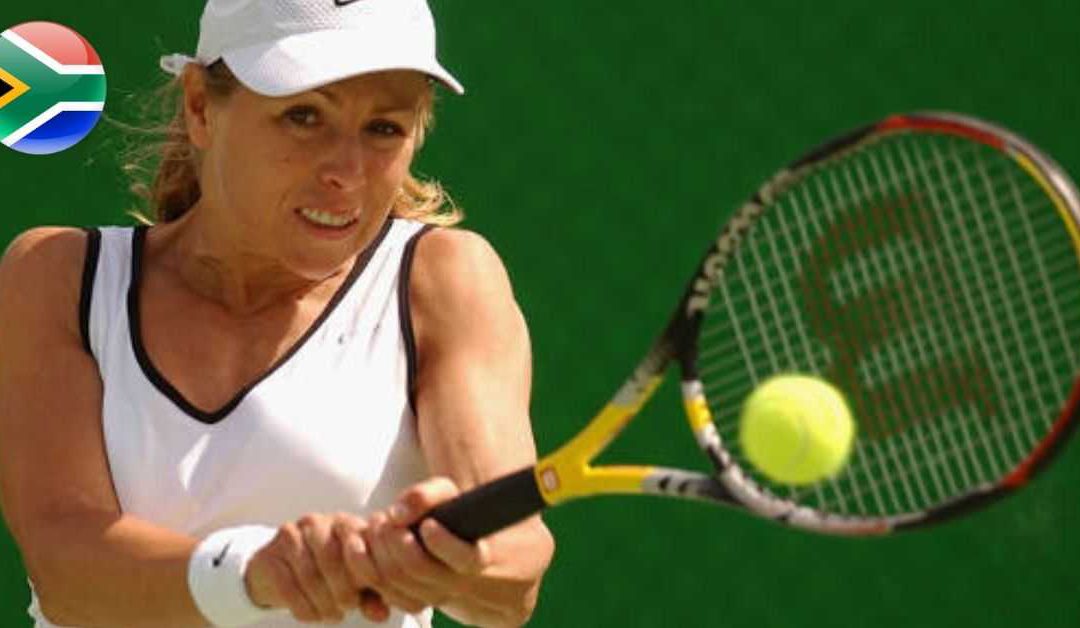 With the world starved of sport and sporting events over the past few weeks and months, perhaps it’s time we gave a little time and attention to our sporting stars. Let’s give a throwback to a sporting pro that once wowed the country with her skill.  When it comes to famous sports men and women in SA, Amanda Coetzer instantly comes to mind. She is not just another South African tennis player; she in fact one of the best South African female tennis players the country has ever seen! Some even call her an SA tennis legend – and this is hard to disagree with. That’s quite a bold statement to make, isn’t it? Well, it’s true – Amanda Coetzer is South Africa’s very own tennis superstar!

If you haven’t heard of Amanda Coetzer yet, now’s your chance to get to know more about the tennis pro that absolutely took South Africa’s breath away and kept the country captivated for well over 10 years.

Amanda Coetzer took the country by surprise when she made her debut into the professional tennis world in 1988, at just 17 years old. She was a fire ball on the court and only piqued the interest of the professional tennis world when she won her very first top-level singles title in Melbourne in 1993. She quickly followed this win up with a second singles title, in the very same year in Tokyo. Amanda Coetzer was tearing up the court in her time and nothing could stop her! It should come as no surprise to learn that she earned herself the nickname of “The Little Assassin” on the court and also won herself a whopping $5,594,821 in prize winnings throughout her career.

Amanda grew up in a small South African family living in Hoopstad. Her mom a housewife, her dad a lawyer, and her 3 sisters all lived a typical South African lifestyle. However, she did spend the majority of her professional tennis career living in Hilton Head, South Carolina in the USA and is married to Arnon Milchan (who is a billionaire film producer). She had a great enthusiasm for tennis throughout her childhood and in 1992, after competing in many single and double tennis competitions and tournaments, she made it onto the Top 20 Women’s World rankings. This was no easy task and what really took the country’s breath away was that she maintained her position in that top 20 list for 10 full years. Amanda made a habit of beating players ranked higher than her and continued to do so until her career reached its peak in 1997. To Amanda Coetzer, tennis was life – or it certainly seemed that way.

Let’s talk about what Amanda Coetzer did in her career… To put it quite simply; Amanda did a lot. When she hit the professional tennis court, she seemed to be on a mission; a mission to win! To list absolutely every single one of Amanda Coetzer’s professional tennis achievements would be a rather large task in itself. It’s safe to say that Amanda Coetzer should be as proud of everything she has achieved as the country is! She played in a plethora of competitions and tournaments throughout her tennis career, leaving a string of achievements and awards in her wake. Some of her achievements that really stand out in South African tennis fans minds include (but are not limited to) the following:

These are just some of Amanda Coetzer’s many achievements. All in all, she managed to earn herself a total of 9 top level single titles as well as 9 double titles. She played her final singles match in Acapulco in 2003 and won.

Trying to handle your tax emigration and financial emigration from the shores of a new country after emigrating can be a game of back and forth. If you don’t understand the requirements and processes involved, it can be a challenging process plagued with red tape and complications. At FinGlobal, we simplify the tax and financial emigration process for thousands of South African expats across the globe – and we can help you too. With a decade of experience to fall back on, we believe that we are just the team to assist you with getting your tax and financial emigration in order. For premier expat banking advice and guidance, contact us for your FREE and no obligation consultation and quote.

Transfer money from South Africa
(FREE and no obligation quote)
Do you qualify for a Tax Refund?