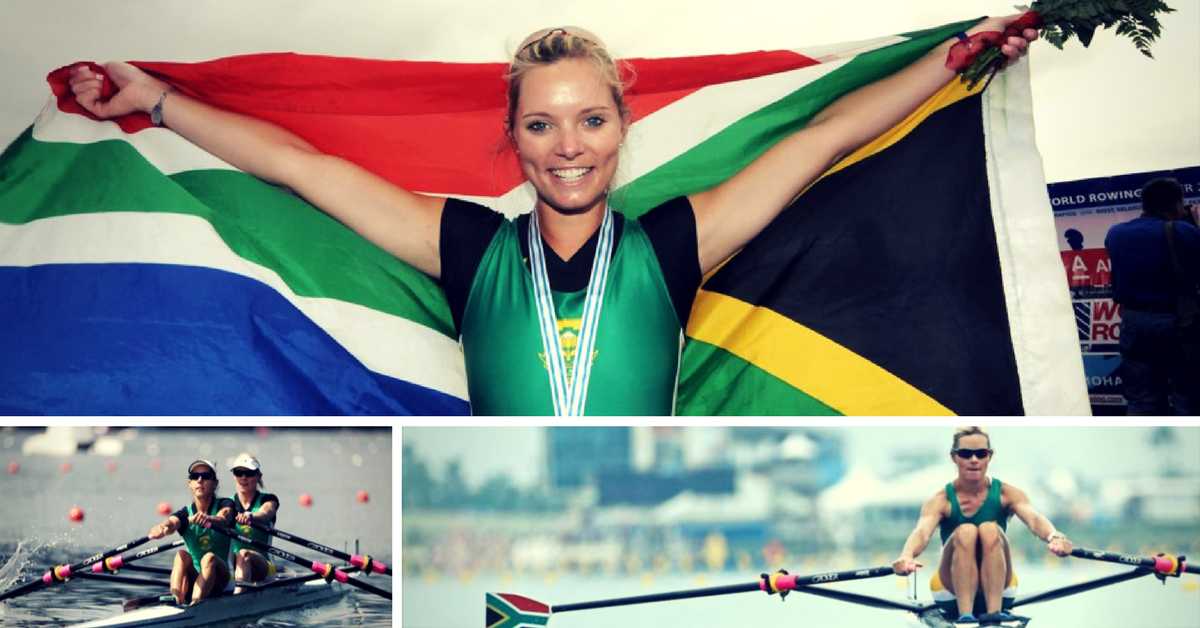 Kristen McCann has made rowing history in South Africa by becoming the first local woman to win a world title in the sport. Kristen McCann entered the history books in Sarasota by speeding to gold in the women’s single sculls final at the 2017 World Rowing Championships.

McCann previously came in 5th place, with a teammate, Ursula Grobler, at the 2016 Summer Olympics in Rio de Janeiro when she competed in the women’s lightweight double sculls. She also blazed a trail for women’s rowing when she became the first South African female to win a gold medal at a World Cup regatta in Lucerne in July 2017.

Her recent victory at the World Rowing Championships makes her the first South African women to earn a rowing world title and the first South African rower to ever secure a medal in a ‘singles’ boat at this international competition. McCann led the way in the semi-finals and performed even better in the finals when she covered the 2000m distance in just 7:38.78. This was her second career medal at the global championships after she won the bronze with Ursula Grobler in the double sculls boat two years ago.

She was also the first South African woman to win a medal at the Under 23 World Championships, when she finished third in the lightweight single sculls in 2010.

At just 29 years old, McCann’s performance was inspirational as she distinguishes herself as one of the greatest South African rowers of all time. Prior to the race McCann humbly said “I think it is really cool to have something like that (a world title), but to be honest, I can’t say I’ve thought about it that much at all. My personal goal is just to be the best athlete. I would love to be one of the best lightweight women in the world, where people respect you.”

Her 2017 goal is, in her own words, “To be as fast as humanly possible in the single scull”. She is driven by a desire to master her stroke and execute her races to the best of her ability.

It is this ambition that has kept her going in this competitive sport and will keep her committed until the Tokyo Olympic Games and beyond.

McCann is one of the leading lights in women’s sport in South Africa, at a time when there are not many women female role models for the youth to follow. She hopes her success will not only inspire other female rowers to do their best in the sport but also to prove to women in general that it is possible to make a career out of sport.