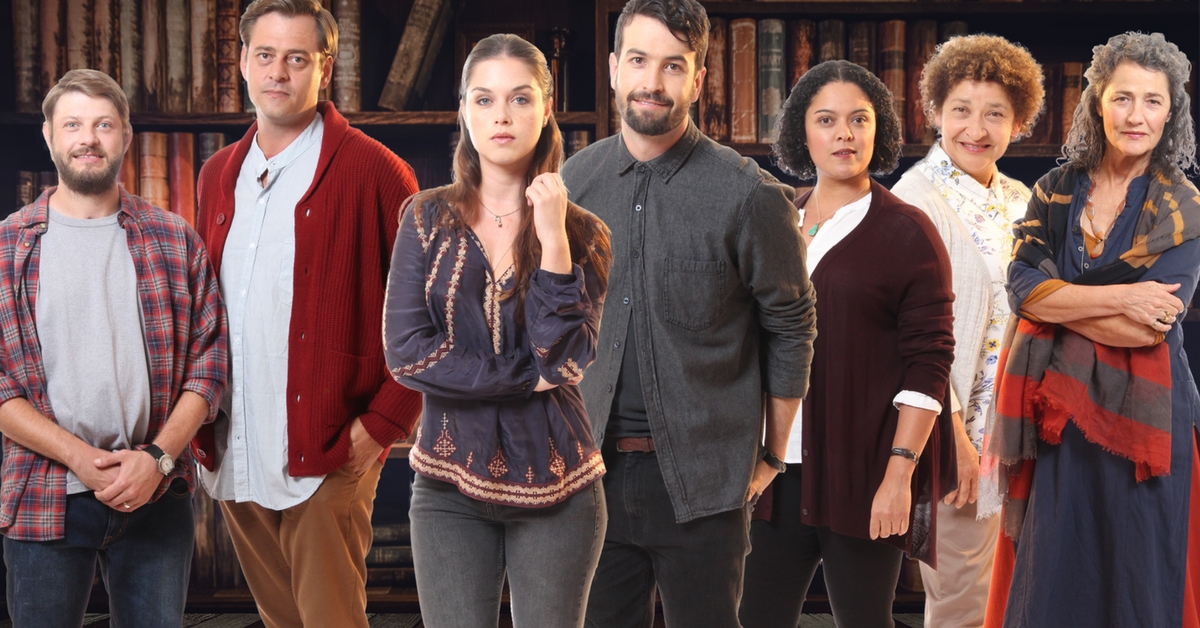 We have another preview of an up-and-coming series, soon to be appearing on your ShowMax screen. Have a sneak peak and then set a date to stock up on popcorn and biltong and watch it in the comfort of your living room with ShowMax

We're warming up for Season 2 of kykNET's popular drama, Die Boekklub. Are you ready?

Die Boekklub S2 – See what happens next to Tom Niemandt

ShowMax is delighted to be able to bring you Season 2 of Tom Niemandt and his adventures. In Season 1, Tom took an unexpected trip to the Karoo to meet an eclectic group of people – the members of his grandmother’s book club, who changed his life forever.

There is Anna, his grandmother’s best friend and an excellent herbalist, the friendly farmer Herman who does his own sheep shearing, Hanli the happy, plump farmer’s wife who’s so proud of her children, Gerwin, the junior school teacher who’s just bought a house, Gert the butcher widower who loves running, and of course Lillie – the mysterious girl with the witty, sharp tongue that met Tom in the bush.

Tom quickly becomes absorbed in all the intrigues of the small town and finds his place in the book club. In the group he begins a journey of self-discovery and changes beyond recognition. However, it’s not just Tom whose life changes, but also the people around him, who are affected by his presence.

Will Tom stay or will he go?

Season 2 continues with the lives of the characters that stole your heart in Season 1 and will continue to focus on the lives of Tom and Lillie, played by the seasoned and renowned actors, Armand Aucamp and Christia Visser, icons like Jana Cilliers and June van Merch, and a whole host of new faces who will make their first appearances in Season 2.

At the end of Season 1, viewers were left on a cliffhanger – was Tom going to return to the bright lights of the Cape or was he going to remain in Merweville?

We don’t know the answer to this question, but what we do know is that in Season 2, viewers are going to experience two marriages, one birth and one funeral!

Make sure you are signed up with ShowMax

Season 2 of Die Boekklub starts on the 12th of July 2017 on ShowMax, so make sure you are signed up and ready to watch – you’re not going to want to miss one episode of this riveting drama!