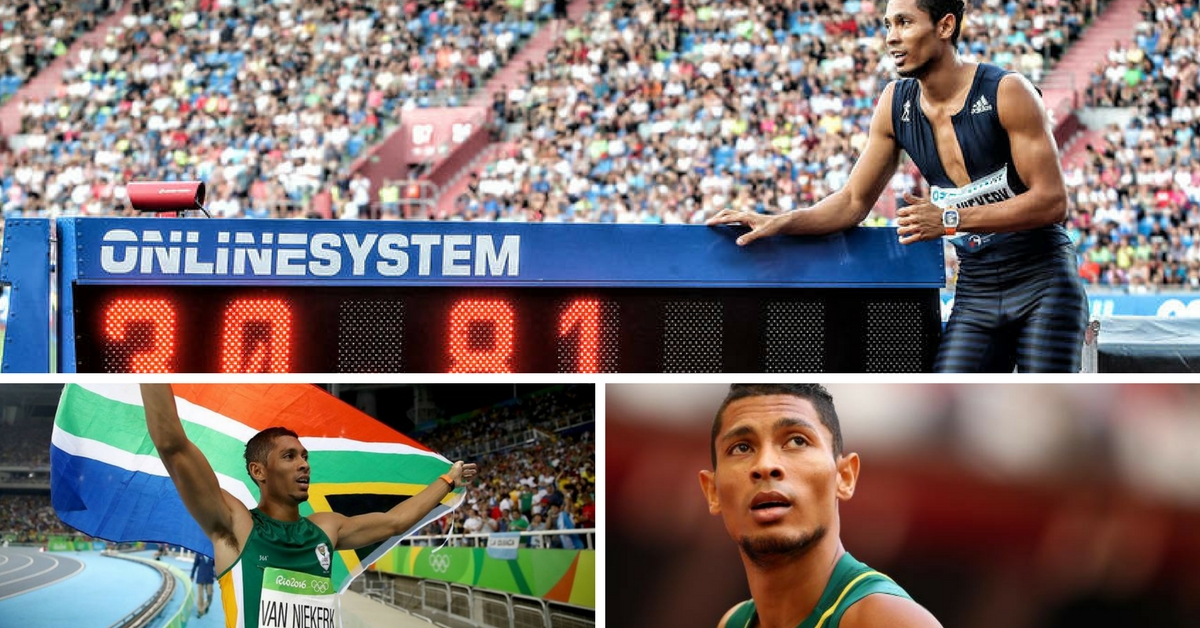 Wayde van Niekerk proves South Africans are the best at what they do when they set their minds to it – with a new world record in the 300m at the Golden Spike meeting in Ostrava, Czech Republic.

The 300m is a seldom-run event, so the IAAF will regard Wayde’s new record as the “world’s best”. In this race, Wayde broke Michael Johnson’s previous record of 30.85, set in Pretoria in 2000, by running the race in 30.81. The previous record set at the Golden Spike meeting was Usain Bolt’s record of 30.97, which Wayde also smashed in the process.

Wayde van Niekerk is one of South Africa’s star athletes and currently holds the 400m world record with a time of 43.03, which he achieved at 2016’s Rio Olympics when he broke Michael Johnson’s previous record of 43.18.

Ready to have the world at his feet

At just 24, Wayde has many years of running ahead of him and there is still much he wants to achieve. He is now determined to make the 200m his own and plans to aim for that in World Championships, which will be held in London in August this year. He also plans to defend his 400m title at the same time. The only runner who has previously done this is Michael Johnson.

The 200m is a favourite distance of Wayde’s and one that he first became famous with, back in 2011. After hamstring issues, his coach Ans Botha suggested he focus on the 400m to help with his endurance. Since then he hasn’t left the 200m alone and it’s where his focus lies this year – so it won’t be surprising if he achieves a record in this distance as well.

Wayde van Niekerk is not only a wonderful runner, he is also an equally wonderful person. In 2016 he donated R500 000 to Groote Schuur’s premature baby unit. The unit is close to his heart as he was born prematurely at just 29 weeks, weighing only 1.1kgs. He is also pleasant to his fans and will always sign an autograph – something many athletes refuse to do.

As a superb athlete with a good heart, he is an example of a true South African hero and one we can all be proud of.