Countries to avoid if you want your rands to last longer 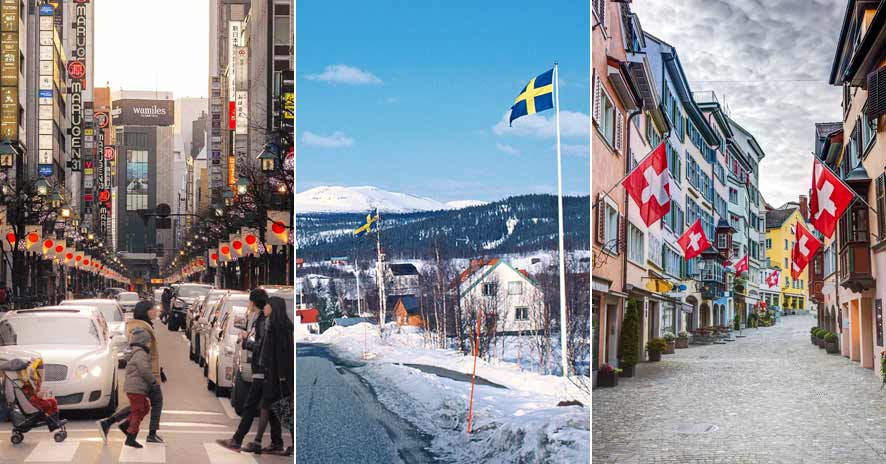 As every South African knows, the rand is an extremely volatile currency and at times it can be performing strongly against the US dollar and pound and at other times it’s taking a beating as investors move out of emerging markets or political upheaval in South Africa affects global confidence in the country.

Even when the rand is performing strongly, it is far from achieving parity with the world’s leading currencies – so as a traveller or an expat, it’s important to know where your rands will last longest. These are counties that will deplete your rands the quickest:

Most expensive countries for South Africans to immigrate to

Singapore held the top spot as the most expensive city in the world in 2016 and as of April 2017, it’s still regarded as the world’s most expensive city to live in or buy a car. If you plan on living there, put your rands aside in a good investment and rather use Singaporean dollars to fund your lifestyle.

Hong Kong follows closely after Singapore, with accommodation costs being the most significant costs a resident in this city will face. Local daily items in Hong Kong are also very costly as most of these products are imported. Like Singapore, owning a car is expensive, so rather opt for the excellent public transport system.

The Swiss franc has increased in strength after separating from the euro placing Switzerland high on this list. Accommodation in Zurich is expensive as are living costs, but expats who choose to settle here will quickly find they don’t need to rely on their rands as the salaries offered by Swiss companies are considerable and should easily cover your living expenses if you negotiate a good contract.

Other expensive Swiss cities include Geneva – which has many foreigners living there working for international organisations. Berne is another city that attracts many expats but still ranks as one of the most expensive cities in the world for expats. Like Zurich and Geneva expats might battle to find affordable accommodation.

Denmark is renowned for its high tax rates, which are often as high as 41 percent – including both sales tax on goods and corporate tax.

In Sweden, housing is particularly expensive and people settling there are advised to put aside at least 30% of their income for housing. If you are living near Stockholm you can expect the standard of living to be high.

Helsinki is regarded as one of the world’s most expensive cities and expats are often surprised at how expensive food is. The reason for this is that Finland is geographically isolated, so food that is not grown locally has additional transport costs.

Tokyo is considered one of the most expensive cities in the world. Across Japan, housing prices are extremely high as over 127 million people compete for accommodation. The country also has a cultural acceptance of high prices, which doesn’t help South African expats who are trying to make their rands go further.

If you thinking of moving abroad, and need any advice about your financial migration, contact us today and we’ll help you on the path to financial freedom in your new home.
[contact-form-7 id=”6581″ title=”_Blog post (call me)”]