Home » Why Frankfurt is gaining popularity amongst UK expats

Why Frankfurt is gaining popularity amongst UK expats 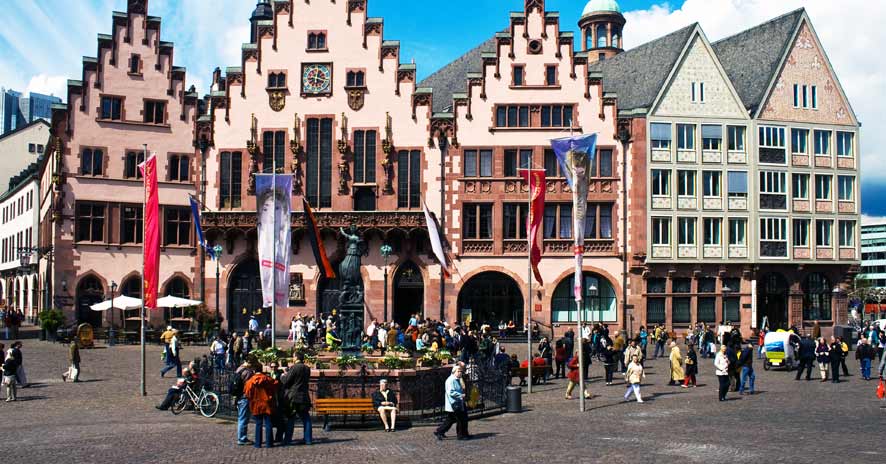 In the past when you spoke to UK residents, Germany didn’t top the list as one of the popular UK expat destinations. Today however, with Brexit looming, Frankfurt is becoming an attractive destination as financial institutions send employees across to the city to establish a foothold in a country where they can gain easy access when Britain leaves the European Union.

What you need to know about Frankfurt

The financial capital of Europe

Frankfurt is far more attractive to financial institutions than other EU city as Frankfurt is the financial capital of Europe’s economy and home to the European Central Bank. It has also been ranked by the Expat Insider 2016 survey as the number one city to work in for foreign nationals. Not only a leading city for business, Frankfurt also has a rich cultural heritage and innovative technology with a thriving job market and many career opportunities. Frankfurt also has a lower cost of living when compared to London.

To make things even more convenient for expats, the city hosts a newcomer’s festival every September, where expats can learn about companies and government organisations who are interested in targeting and attracting international talent. The newcomer’s festival also provides an opportunity for visitors to get a feel for the cultural side of the city as well as to gain insights into local amenities and schools.

An easy pace of life

The residents of Frankfurt, like the residents of the rest of Germany, prefer a peaceful pace of life and there are many laws banning public noise. Tranquil activities are preferred like hiking, mountain bike riding or visiting local museums and cafés. Shopping is generally not allowed on Sundays, unlike the rest of Europe, which creates time for families to spend quality hours together and gives couples time to just unwind.

Frankfurt is not a huge city, which means it’s easy for many people to bike or walk to work. Commuter trains are also available but for UK expats there are far fewer queues, traffic jams and train delays – familiar interruptions on any UK weekday.

Frankfurt is currently experiencing a boom in popularity but two other German cities have always been popular with expats – Dusseldorf and Munich – which appeal to expats due to their high quality of life and plentiful career opportunities. Last year, Dusseldorf ranked fourth on the list of popular destinations for foreign residents and Munich followed closely at seventh place.

If you’re immigrating to Germany or any other country in the world and you need advice about your financial migration, contact us today and we’ll help you on the path to financial freedom in your new home.
[contact-form-7 id=”6581″ title=”Blog post (call me)”]