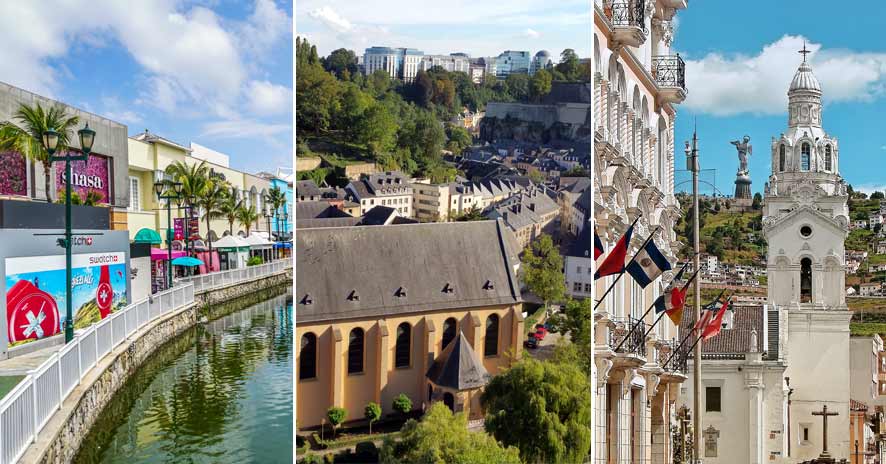 What does it mean to be financially happy in a country? In the 2015 InterNations Personal Finance Index survey they surveyed 64 countries and asked people to rate whether their disposable income was enough for their daily life. The outcome was interesting.

Here are the top three countries where people are financially happiest:

This was a big surprise for many people, but 80% of expats who were living and working in Ecuador said they were completely satisfied with their financial situation. The highlight of the survey was that respondents said they didn’t need a large income to enjoy a good quality of life in Ecuador with most people saying they earned between $12 000 – $25 000 a year.

83% of expats living in Ecuador were happy with their finances but 56% said they only earned enough to live on. Salaries are high in Luxembourg but so is the cost of living. 28% of expats in Luxembourg earned between $75 000 and $100 000.

Other interesting facts revealed by the report:

If you’re planning on immigrating and need any advice about your financial migration, simply leave your details we’ll help you on the path to financial freedom in your new home.
[contact-form-7 id=”6581″ title=”Blog post (call me)”]