Home » “Far-flung” places to immigrate to: The sunny shores of Cyprus

“Far-flung” places to immigrate to: The sunny shores of Cyprus 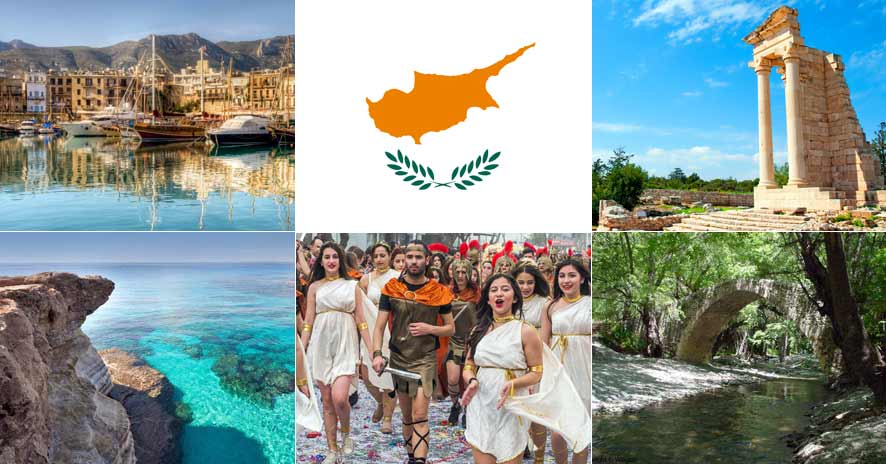 The republic of Cyprus is next up on our “far-flung” places to immigrate to. Known as the jewel of the Mediterranean, it is situated south of Turkey and south-east of Greece and enjoys a strategic position between Europe, Asia and Africa.

Despite the fact that Cyprus is largely known as a tourist spot, it has been gaining in popularity as a popular expat destination for a number of reasons.

Cyprus is home to beautiful beaches that carry on for miles. When you’re not lazing on the beach, you can visit wonderful ruins and archaeological sites that date back all the way to the 4th century BC. Another activity to take up when you’ve had too much sun is diving. Cyprus is famous for being one of the top 10 wreck diving sites in the world.

Once you’ve seen the beaches, you probably won’t want another incentive to adopt Cyprus as your home, but the government has a further incentive for expats with British passports. Anyone who spends more than 183 days in Cyprus is entitled to become a tax resident. But if you’re a British resident you don’t have to pay capital gain taxes in Cyprus on the sale of any of your British assets, which is more than a lot of other countries offer.

In an effort to encourage people to buy homes after the steep decline in real estate prices during the 2008 financial crisis, the Cyprus authorities have reduced the cost of title deed transfers by half. While this is a temporary incentive, there is strong evidence that this will become permanent. There are also plans underway to cut property tax by almost 75% and possibly even get rid of it altogether by 2017!

The National Healthcare System offers free emergency medical treatment at government hospitals to everyone and the healthcare you receive meets international standards. As an expat, you can choose between the public system and the private healthcare network. All the main cities have government hospitals and medical professionals, who’ve received some part of their training overseas, run most of them.

You would be hard-pressed not to be happy in a country which has almost 340 days a year of wonderful sunshine. Summer lasts for more than seven months and the average temperature is around 32 degrees centigrade. Cyprus runs according to the Greek phrase “Siga Siga” which means “Slowly, Slowly” and it’s the ‘driving’ force behind the island’s belief that things should not be hurried. As a result, there is a wonderful work-life balance as Cypriots savour their meals for hours with family and friends and enjoy hour-long coffee breaks.

If this wasn’t enough, living in Cyprus is relatively affordable and EU data reports the cost of living is about 25% lower than the European average. As a nation. Cypriots tend to be very warm, welcoming people and 90% of the local population speak English.

Not surprisingly, with all this on offer, Cyprus is home to a large population of foreigners and expats find themselves quickly at home in the large expat communities. Most foreigners are found in the capital of Nicosia, but expat communities can also be found in other Cypriot towns like Paphos, Larnaca and Limassol.

If you’re thinking about immigrating and need any advice about your financial migration, just leave your details and we’ll help you move your money offshore.
[contact-form-7 id=”6581″ title=”Blog post (call me)”]