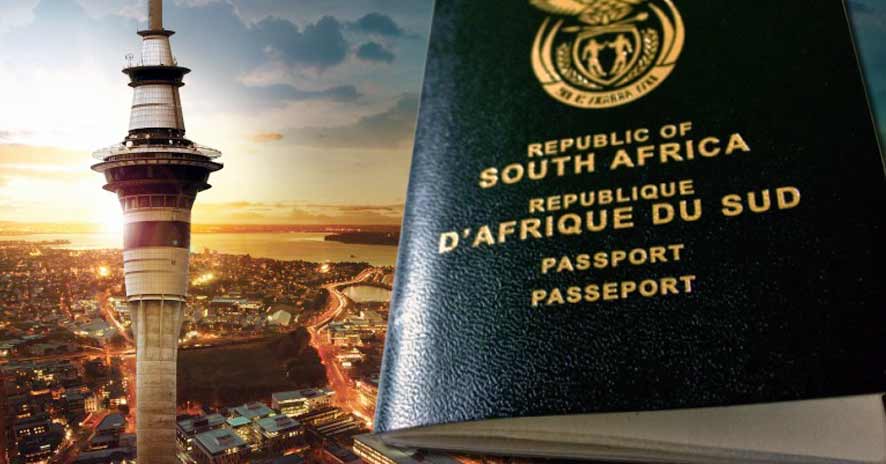 The two announcements have left many South Africans confused as to the strength of their passports and whether future international travel will be easier or harder.

The rising popularity of the South African passport

On 29 September 2016, Home Affairs Minister, Malusi Gigaba, announced that talks with the European Union Ambassador Marcus Cornaro was underway to discuss the relaxation (or possible elimination) of visa requirements for South African travellers.

The new relaxed travel requirements for South Africans travelling through Europe is said to be on the cards for as early as March 2017. Currently, South Africans need to apply for a Schengen visa to enter Europe.

While British citizens are waiting to hear their fate with regards to travel throughout the EU following Brexit, it seems South Africans are being deemed a better class of traveller – and our passports are becoming more powerful.

Or at least this was the case until a day ago, when New Zealand dropped their visitor visa bombshell…

But more streamlined processes aren’t the main reason for the new restrictions. The New Zealand Government reported that the new changes are being implemented due to the increasing number of South African nationals being refused entry at New Zealand borders, as well as counterfeit and fraudulent South African passports.

There is the underlying concern that many South Africans visit countries under the pretence of travel, while their aim is to work and relocate to these destinations indefinitely without following due procedure. Popular relocation destinations for South Africans include New Zealand, Australia and the UK – and it’s therefore not surprising that these countries have flagged South African visitors.

What do the new restrictions mean for South Africans?

South Africans hoping to visit New Zealand from 21 November 2016 should apply for visitor visas before embarking on their travels to the country, or transit visas if they wish to travel through the country (as a stopover).

Under these visa requirements, saffas will need to prove they have enough money to support themselves for the duration of their stay. The visitor visa will cost R1 646.98 per person and applicants will need to allow at least six weeks before their departure for visa clearance and issuing.

The rule applies for all South African travellers to New Zealand – whether they booked travel before the new regulations, or are current visitors wishing to prolong their stay. These travellers who want to extend their stay should apply for a new visa before their current visa is due to expire. Travellers who don’t have enough time to apply for these new visas will be granted visitor visas on arrival, subject to meeting the requirements of these visas.

How powerful is the South African passport?

The 2016 passport index rankings placed South Africa in 46th place worldwide – with 91 countries where South Africans could travel visa-free. Following New Zealand’s announcement, South Africa will still retain this spot, but we will now be limited to 90 countries.

In addition to this, South Africa also has one the most powerful passports in Africa – something which should bode well once the African passport formally kicks off. But how powerful is our passport in the rest of the world?

South African travel restrictions by country in 2016 are as follows:

Countries where South Africans can get a visa on arrival 2016

Countries which require South Africans to apply for visas 2016

Despite the New Zealand drawback, we’re hoping South African can renegotiate our terms with other countries and that the few transgressors out there don’t ruin it for everyone.