Home » Global turmoil – where will your money be safe?

Global turmoil – where will your money be safe?

Home » Global turmoil – where will your money be safe?

Global turmoil – where will your money be safe? 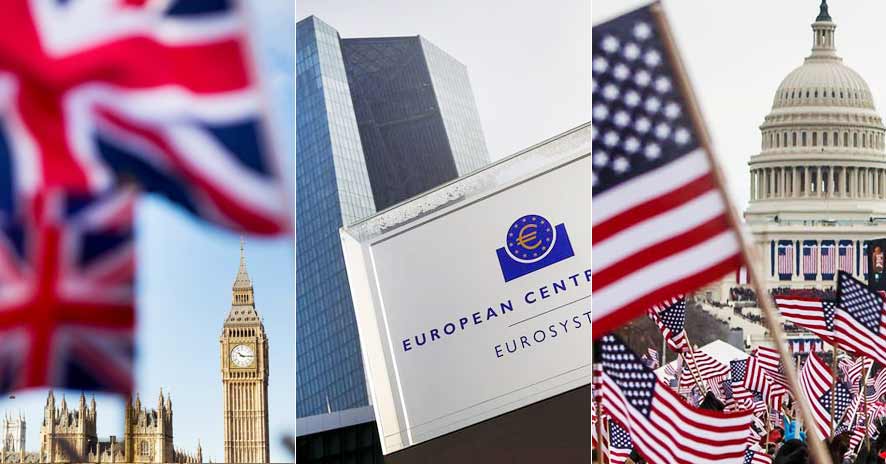 2016 has been an eventful year thus far, to say the least, and though economists had had every hope that the year may surprise them with a silver lining, it seems clear that they’re hopes will not be realised before the clock strikes twelve on 31 December.

Though we’re not likely to see our golden coaches turn to pumpkins – the economy’s certainly no fairytale.

2016: the year of dangerous bidding

But what’s to blame for the economic unrest, and what’s the safest ‘mattress’ under which to hide your funds? Let’s take a snapshot of the economy as it currently stands.

Brexit: the road to protraction

Though the Brexit vote undoubtedly created titanic waves in the global economy right after its announcement, the reality is that the repercussions stemming from the UK’s exit from the EU will drag on for years to come.

Earlier this week, Theresa May announced the deployment of Article 50 in March 2017; many economists believe that, in stark contrast to the enduring consequences of the vote, the deployment is recklessly rapid. But May’s deployment, just like Cameron’s referendum, is believed to be very much a strategic decision based primarily on the date of the next elections – it seems she wants to be done with it as soon as possible. One would caution May to see how well it turned out for Cameron – but in all honesty it’s hard to predict exactly what the right course of action is when you’re a world leader with the purses of an entire country in your pocket. Some may even argue that May’s haste is the optimal strategy.

However, the concern for May’s haste is not, as many believe, an attempt to delay Article 50; instead it indicates distress over the UK’s preparedness for their two-year negotiation window kicking off in March. There does not seem to be enough time to get their ducks in a row.

Surprisingly, the IMF announced this week that the UK is the fastest growing industrial country in the G7 this year – but it’s warned that the country should not get comfortable as they’re in for a rough ride. IMF spokesperson, Maurice Obstfeld, raised particular concern for living standards, which he stated would be affected by the UK-EU divorce settlement and the devaluation of the sterling. His sentiments are echoed by TheCityUK lobby group, which warned that Brexit will place 70 000 jobs and £10 billion at risk. The greatest concern is that May’s decision not to prioritise the protection of banks during Brexit.

If Brexit wasn’t worrying enough, news of the European Central Bank’s potential cutbacks on bond purchases has sent shockwaves through the global economy. What CNBC dubbed the “taper tantrum” is a report by Bloomberg stating that the ECB plans to wind down its monthly 80-billion-euro bond purchases. The details of the report were later denied by an ECB spokesperson, but investor sentiment infers the ECB’s dwindling bond enthusiasm is much more than a ruse – they are buying into the rumours by buying out of the markets.

The biggest “knock-ons” of ECB rumours were felt, not surprisingly, in bond yields – with worries over potential cutbacks shaking investor confidence, and bullion – where gold traders saw the highest percentage drop in one day since 2013.

Barclays economists have weighed in on the issue, stating that they believe the ECB will indeed reduce their monthly bond purchases from 2017, but that it could hardly be seen as tapering if they maintain this for an undefined period.

Word on the street is that the temperature within U.S. borders is rising – and it has nothing to do with global warming. No, we’re talking presidential race in the run-up to the national elections next month.

Whichever side you’re vying for will depend on your choice of news agency as well as your stance on topics like equality, immigration, the economy, science, general honesty and of course, more important things like physical attractiveness. The Clinton-Trump race is so unconventional that CNN has called it “the wackiest U.S. election of our lifetimes” and Ed Yardeni of Yardeni Research has dubbed it “the circus”. If the metaphors and adjectives surrounding the U.S. elections are anything to go by, the outlook is not very bright.

On the light side the elections and controversial debates do make for a good chuckle once in a while – but as citizens of a country which has seen the detrimental effects of leadership lunacy, we understand that this presidential race is no laughing matter. In fact, after a shaky start this year, many believe the elections could plunge the US into a recession in 2017.

Though Americans are still spendthrift and the job market has not been affected by the presidential race – the U.S. economic growth has slowed down significantly, falling 2% below its historic average. Additionally, corporates and firms are said to be spending less on equipment and research. This does not bode well for overall economic growth in America.

Trump, for one, does not seem very phased by economic instability – according to the Republican pundit, his election would see the creation of 25 million jobs over 10 years, 3.5% (or 4%, he could not yet say) economic growth and $4.4 trillion tax cuts without raising the deficit. The question is of course how he will manage this – but many voters are hoping not to find out.

And it would be wise for those of us on foreign shores to remember that any tremors within the biggest economy in the world will have far-reaching consequences for the rest of us; even minor changes in U.S. inflation, interest and risk management impact its trading partners and investment beneficiaries.

Back on home turf, and we’re seeing much of the same. Though we’ve managed to sidestep a complete economic catastrophe; thanks, in part, to quick thinking from our Minister of Finance and surprising results of our municipal elections.

We’ve managed to woo credit rating agencies in the interim, but the IMF seems to be “calling our bluff” – cutting South Africa’s growth forecast for 2017 from 1% to 0.8%. Though the cut may not seem that substantial – it should be noted that the projection was cut in the past three months – alarming, given that South Africa’s economy has achieved greater stability in the past few months compared to the first two quarters. The less than modest forecast was put down to a lack of jobs as well as economic insecurity. The latter being a rather ‘vague’ conjecture, many analysts believe these insecurities reflect the prolonged and costly disputes between students and the government over the cost of education.

In conclusion: playing it safe with your money

We can’t really comment on the safety of your money – your investment strategy will depend on your individual portfolio as well as your location on the world map. A logical conclusion, however, would be to spread your risk, invest in stronger currencies and make use of pension incentives to increase your retirement savings. You could, for instance, potentially enjoy tax rebates due to double taxation agreements between South Africa and your country of residence. Or perhaps you’re eligible for an investment incentive under the UK’s pension incentive programme, i.e. tax relief for lump sum contributions to a pension.

With so many variables to consider, it simply makes sense to entrust your financial decisions to specialists. As one of the leading cross-border financial specialists, finglobal.com has the necessary knowledge, accreditation and experience to help you make the best decision.

If you’d like a free consultation, just leave your details and we’ll get back to you!
[contact-form-7 id=”6581″ title=”Blog post (call me)”]