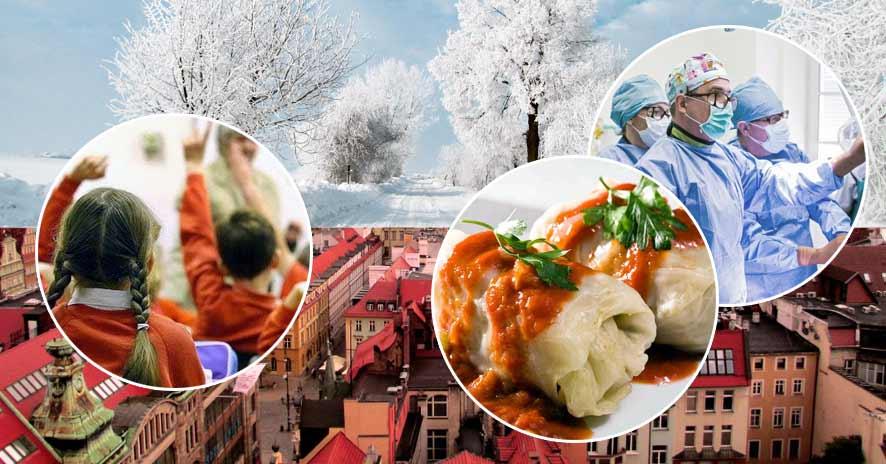 The New World Wealth’s report showed that almost 1 000 South African millionaires left the country in 2015 and new data from FNB shows the number of people selling their homes to emigrate climbed last year, for the first time in five years.

So where are all these people heading to? Obvious answers (which we hear a lot) are Australia and the United Kingdom. Canada is also a common choice, but you might not be aware that Poland is becoming increasingly popular as immigration destination. Poland is the sixth largest economy in Europe and has enjoyed an average growth in their annual gross domestic product of 4.3% over the past decade.  With a strong domestic market, low private debt and a flexible currency, Poland is the only European country to have avoided the financial recession in 2008.

Accommodation in Poland is very affordable and if you choose to live outside Warsaw, it becomes even cheaper. The cheap accommodation correlates to salaries, which do tend to be lower than the rest of Europe. But if you’re emigrating with an international company, you won’t have any trouble finding a place that meets your tastes, at a budget you can afford.

Enjoy a European lifestyle without the price tag

Lifestyle and culture in Poland are also very similar to other European nations and Polish cities contain an eclectic mix of urban life with a vibrant street culture, concerts, exhibitions, music festivals and plenty of museums and galleries. There are also many breweries in Warsaw to explore and enjoy and it is one of the top countries for expat beer lovers.

Other affordable costs, when compared to the rest of Europe, include supermarket shopping, dining out in restaurants, and public transport. Most Polish cities have modern, well-developed public transport systems with an excellent city bikes system where commuters can pick up and drop off bikes in various places. Quick reliable trains run between all major cities as well as Warsaw and the other major European capitals.

During the summer months, where the average temperature is 18 degrees centigrade, with a maximum temperature of 40 degrees centigrade, people enjoy the good weather; going to the seaside, bike riding, visiting Poland’s multitude of parks, hiking in the mountains, camping, windsurfing and kayaking. One thing to bear in mind, however, is that winter brings with it plenty of snow, cold weather and short days.

High standards of healthcare are available in Poland with private healthcare being relatively affordable and approximately 10% of Poland’s population of 38 million have private health insurance. Early last year, South Africa’s Life Healthcare Group expanded into Poland with two additional facilities – Sport Klinika (orthopaedic and rehabilitation services) and Kliniki Kardiologii Allenort (cardiac care). And if you’re looking for an English-speaking doctor in Poland, you won’t have to look far.

Having said that, if you’re considering immigrating to Poland, you need to be aware that while it’s not difficult to find an English speaker to help you find your way around, Polish is the most widely spoken language and it is a relatively challenging language to learn and get your tongue around.

To make up for having a difficult language, Poland offers excellent cuisine, which while being very tasty, also tends to be quite high in calories. The most popular polish meals are pierogi (dumplings), kotlet schabowy (a breaded cutlet) and golabki (cabbage leaves stuffed with meat). The most popular alcohols are beer and vodka.

As many people who leave South Africa tend to have school-going children, Poland’s high standard of education is another plus factor. A BBC article from 2012 rated Poland’s reading scores on an international education assessment test as higher than those of the UK, US, France, Germany and Norway. International schools are also available in all major cities, where children can continue to study in English and English is also available at university level.

So there you have it, if you’re thinking of moving abroad, have a look at Poland as a possibility. If you have any information about living in Poland, please send it to info@finglobal.com.