Healthcare in Australia – one of the best systems in the world

Healthcare in Australia – one of the best systems in the world 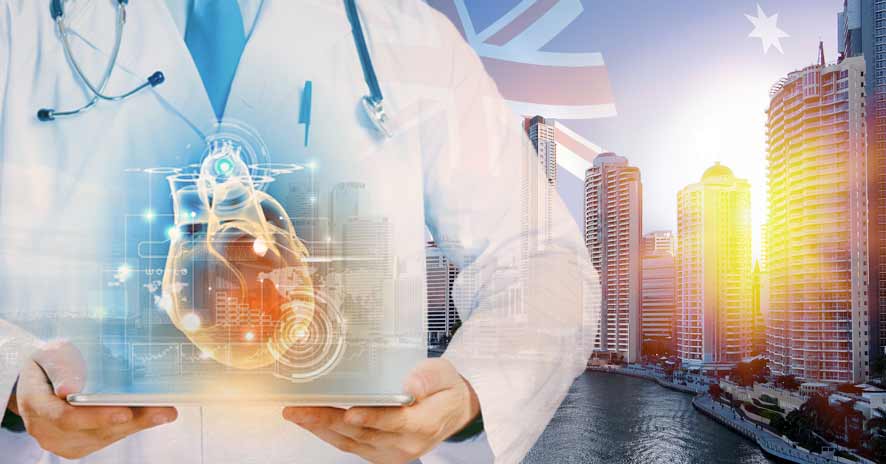 Australia has many attractions – pristine scenery, plenty of space, it’s the sixth largest country in the world and home to a mere 21 million people, a stable economy and – top of the list for many people – a healthcare system that really works for everyone.

Why Medicare is so great

So what is it about the Australian healthcare system, called Medicare, that enables it to provide first-rate, world-class healthcare to all its citizens?

Well simply put, it’s the perfect blend of public and private healthcare. Introduced in 1984, it’s a universal medical cover and anyone staying in Australia more than a few months can take advantage of it, although some age restrictions can apply.

All taxpayers contribute 1.5 percent of their income to Medicare with higher earners contributing 2.5 percent. The rest of the funding is covered off by the central government.

In terms of cover, Medicare covers most people 100 percent for ‘in-patient’ care in a state hospital. If you want to go to a private hospital, Medicare will cover your costs to the level you would have incurred at a private state hospital. Top-up private insurance is used by patients to cover the shortfall.

Unlike many countries where private medical cover is beyond the reach of all but the elite, the state also subsidises the premiums for all private health insurances making it far more affordable to everyone.

An added bonus is that if you opt for private health insurance, you’ll be reimbursed 30 percent of the fees and 35 percent if you’re aged between 65-69. In fact, many health economists agree that Australia is the perfect example of how two health care systems can be combined to offer the best possible care.

The choice of private medical cover is wide with over 35 insurance companies to choose from. The best-known providers include Medibank Australian Unity, BUPA, NIB and HCF. Another advantage private medical cover in Australia offers is that fact that premiums are not based according to the perceived risk of the individual as they are in many countries.

This means that insurers are not allowed to discriminate on grounds of sexual orientation, occupation, and sporting or leisure activities although insurers may impose a waiting period for treatment of pre-existing conditions.

What does Medicare cover?

Medicare will cover roughly three-quarters of GP costs as well as claims for healthcare like physiotherapy. The costs of medicines are shared between Medicare and the patient. Those people on low incomes and welfare only pay around a sixth of the fee.

The benefits of the Australian Medicare system is that it avoids the worst aspects of ‘all-out’ private care like South Africa and the United States where private medical is plagued by high costs and there is a lack of cover for the poor and chronically sick. It also avoids the features of the UK NHS state-funded system, where patients have to endure long waits, no doctor choice and questionable care.

Medicare does not cover:

If you’re thinking about emigrating to Australia and need any advice about your financial migration, simply leave your details and we’ll help you on the path to financial freedom in your new home.
[contact-form-7 id=”6581″ title=”Blog post (call me)”]