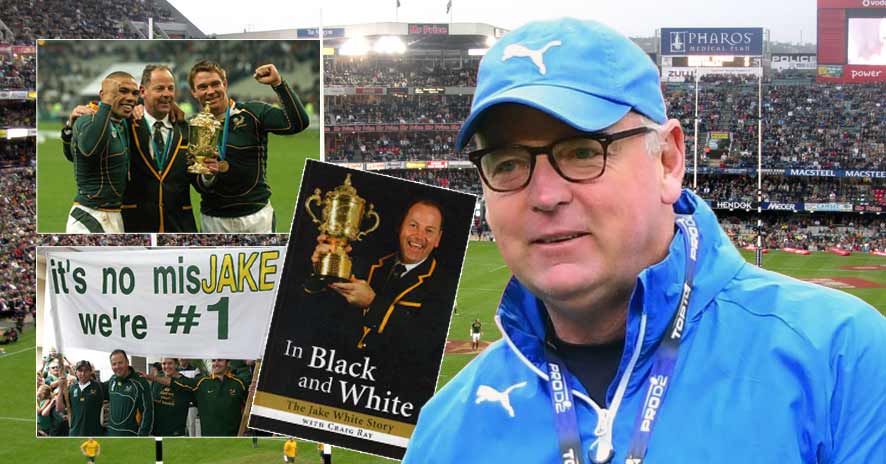 Who is Jake White?

He’s one of the most influential sports coaches and strategists in history. Not only has he coached the Brumbies, Sharks, Tongans and now Montepellier teams, but he played a pivotal role in the South African springbok and U-21 national teams – heading the team that won the Rugby World Cup in 2007.

He’s come under fire for many tactical decisions – but the same can be said for most rugby coaches and other sports strategists. Regardless of our personal opinions, however, the man has achieved many a great thing on the field.

But what do we know about this famous South African? He was inducted to the IRB Hall of Fame in 2011, of course, and he has two children from a previous marriage, so what else do you need to know? Take a look…

His name used to be Jacob Westerduin

Indeed, although changing names is usually limited to the entertainment industry, Jake White started life as Jacob Westerduin. After his mother’s divorce as a teen, Jacobus Westerduin became Jake White.

He was a contender for English coach

Jake White has been a contender for the position of English team coach twice, but ruled himself out due to the indecision by the Rugby Football Union as well as his commitment to the Montpellier team.

His successful high school coaching got his career started

It was White’s success as a school team coach that saw him appointed as a provincial schools coach. He coached the Parktown Boys’ High School First XV and was highly successful in this position before moving on to greater things.

He has signed several South African players to play in France

One of his greatest resources is a book about table-tennis

White has cited the book ‘Bounce’ as a story which he draws on for encouragement. The story tells the tale of a table-tennis champion who becomes a champion after practicing in his parents’ garage. Due to the confined space of his practice area, he had to improve his skill as player in order to succeed. This reminds White that the environment used for training is of utmost importance if you want to create a winning team.

He believes in love

White has stated that there are two things people require to excel, and that is recognition and love. Not something you hear oft from the mouth of a professional coach – but he believes this is crucial to good leadership.

He believes greatness stems from authenticity

When choosing players for his teams, Great looks for individuals with unique skillsets. They need to be able to do things other players can’t do. The winning team, therefore, is a combination of players who each bring something completely authentic to the game. Good advice to follow for most any team – whether in the sporting arena or not.