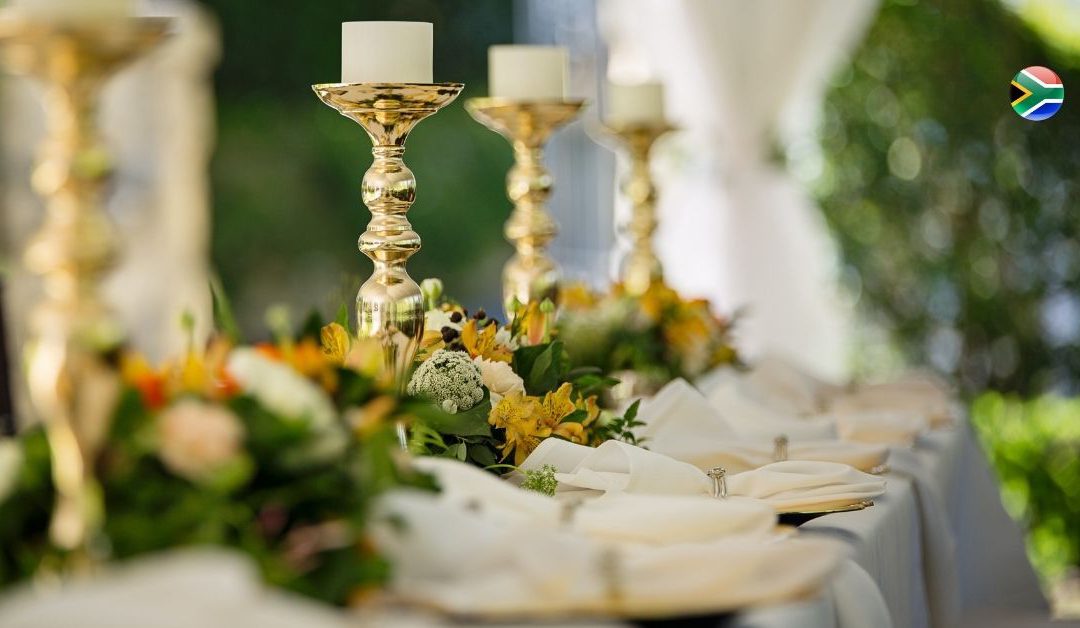 Total disbelief and utter shock seemed to be raining down on the Saffa community as news of Aleit’s heart attack hit the news. As a creative genius, innovator, and individual with a zest for life, it’s safe to say that Aleit will be sorely missed by loved ones, family, and fans alike.

Hearing the kind and heartfelt stories and words of those who will miss Aleit is nothing short of heart-warming. Those who worked with Aleit described him as far more than just a colleague and a person who lived life to the full. And nothing could be truer! Aleit had a zest for life that could simply not be denied. He first made his first grand debut on South African television after managing the wedding of celebrities Rolene and Daniel Strauss. The magnificent job he did, gained him popularity as a celebrity wedding planner and, as they say, the rest is history!

Something alluring about Aleit is that he wasn’t just a famous South Africa. He also managed to be entertainingly flamboyant without detracting from the obvious empathy and care he had for others. He was a strong person, a supportive friend to many, and someone that South African viewers will miss for years to come. In both business and life, Aleit was someone that others could (and did) look up to.

The initial news the top KykNET presenter’s death hit the media after the Aleit Group confirmed it. Aleit himself originally founded the Aleit Group. The statement really hit home for many, leaving a nation somewhat dumbfounded and wondering what happened. It was a few days until the details of Aleit’s death were made public. To quote the Aleit Group, “It is with great sadness that we inform you of the passing of our founder, Aleit Swanepoel. Aleit passed away in his sleep, and while there is no further information to share, we ask that you keep his family in your thoughts as they go through this difficult time.”

Not only was Aleit an extraordinary event organiser and a seasoned professional broadcaster. To say that he wore the limelight well is yet another understatement.

The passing of Aleit Swanepoel is a reminder that life is short, and every opportunity to spend time with the ones we love and show them appreciation is something we all need to do. You never know when life will snatch them away from us too soon.

While Aleit Swanepoel became a superstar wedding planner and presenter, he started from somewhat humble beginnings. After tertiary studies, Aleit pursued a career in hospitality in South Africa, working in several hotels. He also managed a 5-star restaurant nestled in the quaint area of Stellenbosch in the Western Cape.

In 2006, Aleit decided to drive his life in a different direction. He threw all of his creativity into his very own company called Aleit Group, which focused on bridal styling and upmarket wedding planning. He also started up the Aleit Academy, which is South Africa’s leading education facility for event management, event planning, and event coordination.  In 2007, Aleit published a book called 100 Words, described as a “magnificent coffee table book” that features Aleit and his team planning the most prestigious weddings in the country. The book is a complete planning guide of SA’s best service providers in the wedding industry.

After publishing his book in 2007, Aleit appeared on DeKATtv as a presenter for three seasons. After that, he presented shows such as Pasella and Top Billing. He had the opportunity to plan Miss World, Rolene Strauss’ wedding, which skyrocketed his popularity and career.

Gone but not forgotten

While Aleit has passed away, he is not forgotten. He leaves a partner, Christina, and an adopted daughter, Kateline, behind. It is with deepest condolences to his closest loved ones and friends that the FinGlobal team mourns the loss of Aleit with the rest of the South African nation.

Go the distance with FinGlobal

At FinGlobal, we understand that life is short. So, if you are taking the big steps and chances you’ve always dreamed of, including relocating to a new country, keep in mind that you don’t have to do it all alone. You can plan your relocation with the help and guidance of a professional team offering the likes of FOREX services, tax assistance, pension payout assistance, and so on.

At FinGlobal, we provide customised services designed to suit the needs of the average South African. We ensure that all your taxes, FOREX, pension payouts, and more run smoothly when you’re whether you’re planning to relocate temporarily or more permanently. For quality advice that’s supported by over ten years of experience, accreditations, and professionalism, the FinGlobal team is the team to approach.

To discuss your unique requirements with our team, all you have to do is get in touch with us. Give us a call at +27 28 312 2764 or send us an email at info@finglobal.com, and we will assist you promptly.