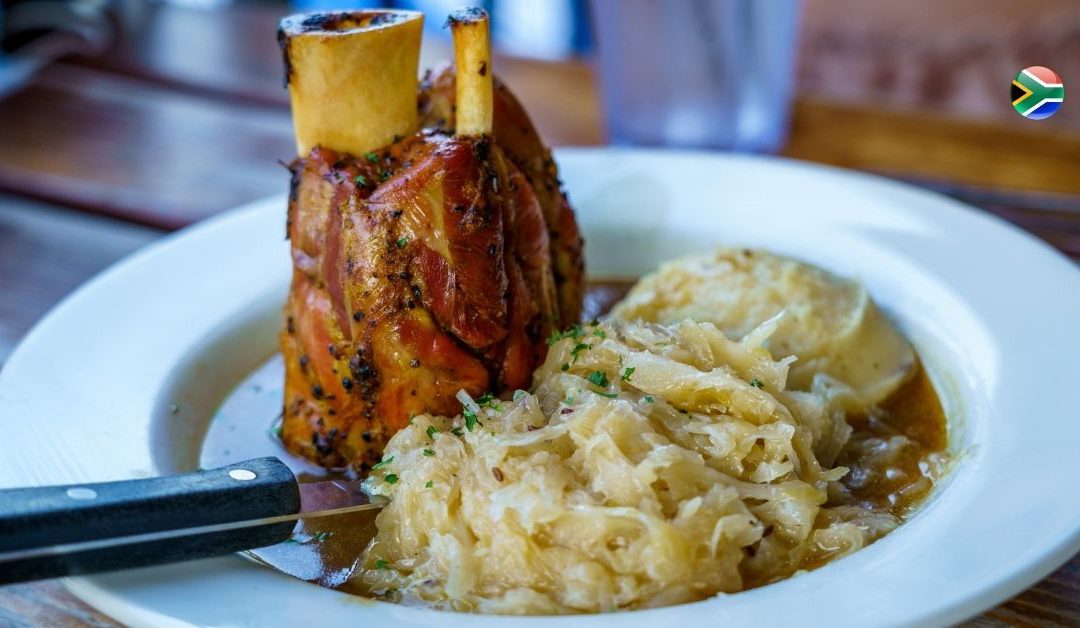 If you’re on the lookout for authentic South African food, you’ve got to add lamb shanks to your list. Our South African beer-braised lamb shanks and mieliepap recipe is the perfect comfort food for gloomy winter days, but it’s a crowd-pleaser any day of the week in any other season too.

Getting to a bit of history

People eat mieliepap worldwide, although there are various names for it, and culture plays a role in the way people make it. South Africans make mieliepap (known as grits in Texas) from mielie meal (or maize meal), a relatively coarse flour. Maize meal comes from mielies, brought initially into Africa by the Portuguese. Maize meal was the staple food eaten by the Voortrekkers (Dutch-speaking inhabitants who made their way to South Africa.) It quickly became a staple in South Africa because of its ability to be stored without refrigeration.

It is cheap and plenteous in all shops and markets. Depending on the ratio of boiling water that you add, you can make porridge or the firmer pap. Pap goes excellent with meat, and gravy dishes, and vegetable relishes. In our recipe for mieliepap today, we’ll add milk to our maize meal to get a creamier dish. You can also use Italian polenta as a substitute for mieliepap.

Our South African take on lamb shank stew in delicious spices and golden ale is simply delectable. It’s best served with a traditional and creamy maize meal side. If you haven’t made your own lamb shanks before, now is a great time to try.  To enjoy the best lamb shanks, which have that melt-in-the-mouth texture with the creamy mieliepap, you need to brown your shanks well all over and cook it long and slow in plenty of liquid. A slow cook is the best way to get your meat falling off the bone. In addition, the gelatinous sinews will create a rich, thick sauce when coupled with the mushrooms. While a heavy-based casserole pot for your shanks is ideal, a slow cooker also works wonders.

To get started on a superb slow-cooked lamb shank and creamy mieliepap, gather the following ingredients.

How to serve it up

Dish out a portion of creamy mieliepap into a deep plate and place a tender lamb shank on top. Pour the rich mushroom sauce over and around your mieliepap and garnish with the parsley. Do the same for the remaining lamb shanks. Serve to your guests and enjoy!

If you’re heading abroad, take the time to get your tax and finances in order first. As a South African, you’re obligated to pay tax in South Africa and abroad unless you inform SARS that you are no longer a taxpayer in South Africa. You must also officially financially emigrate (which is a formal process). If the process is a little overwhelming, the team at FinGlobal can assist.