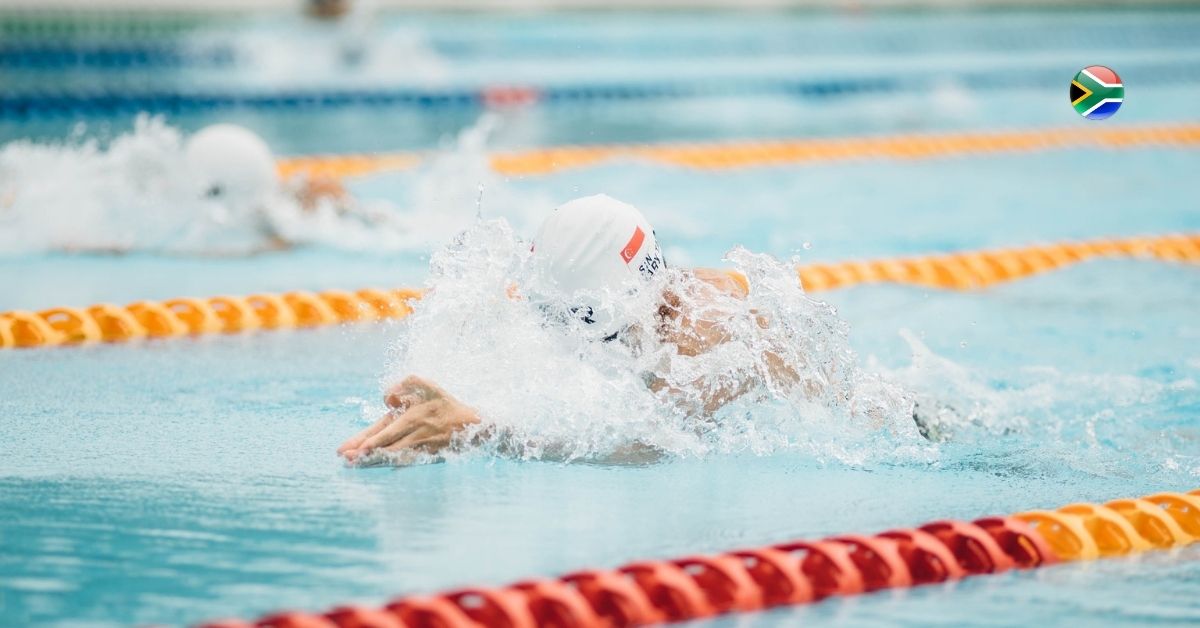 Let us set the scene: the world’s greatest athletes have been training for this moment their whole lives. They’re set to compete against each other for glory and eternal bragging rights when suddenly the entire world comes to a halt. With the Covid-19 pandemic, life had to be put on hold, and the 2020 Tokyo Olympics were postponed to July 2021.

But you must be tired of hearing about this pandemic, so let’s focus on the main event: the South African Team. Social media was abuzz with heated debates over South Africa’s opening ceremony outfits. Luckily for us, the Olympics committee did not immediately ban South Africa for crimes against fashion. A whopping one hundred and eighty-five South African athletes were selected to compete in seventeen events. These included the usual track and field events, swimming, gymnastics, and new events like skateboarding.

We bagged three Olympic medals and ranked 52nd overall. This is a far cry from the high expectations set after our 2016 Rio de Janeiro Olympics performance. In 2016, South Africa took home 10 medals and ranked 30 overall. While it may have been a slightly disappointing outcome for team South Africa, we’ll always be proud of our athletes for representing us on the international stage. The pandemic has been mentally and physically draining, and we salute our athletes for being resilient in the face of adversity. Let’s take a look at how our athletes fared!

It’s a fish! It’s a shark! No, it’s Tatjana Schoenmaker!

If you haven’t watched the video of Tatjana Schoenmaker’s return to the Olympic Village, we strongly suggest giving it a watch. The perfectly harmonised chorus of Shosholoza and rhythmic cheering is enough to have you reaching for the tissues. Can you even call yourself South African if you don’t have a fantastic sense of rhythm?

From the get-go, experts had predicted that Tatjana would bring home the gold. The experts were right. Our golden girl came home with two medals: one gold and one silver. The 24-year-old swimmer even set a new world record in the women’s 200-meter breaststroke. Not to forget her teammate: the talented Kaylene Corbett who finished the final event in fifth place.

Schoenmaker competed in the 100-meter and 200-meter breaststroke events and dominated in both events. She ranked first in all of her 100-meter heats and the semifinal, breaking Lilly King’s record with a time of 1:04.82. Triumphantly, Schoenmaker emerged from the final with a silver medal.

Talk about being consistent! Schoenmaker ranked first in all of her 200-meter breaststroke heats and the semifinal. In the final event, Schoenmaker broke the world record with a finishing time of 2:18.95. That’s faster than some of you take to get into the pool!

Riding the waves to second place

Many had pinned their hopes on Caster Semenya, Wayde van Niekerk, and Chad le Clos.  These athletes dominated in their respective fields and have shattered records in the past.

Unfortunately, Semenya did not participate in the 2020 games as she did not meet the qualifying time for the 5000-meters track event. Wayde competed in the men’s 400 meters track event, where he finished the semifinal with a time of 45.14 seconds and ranked fifth. Also coming in fifth place, Chad le Clos finished the men’s 200-meter butterfly finals with a time of 1:54.93. We are looking forward to seeing these legends back in action soon!

We’ve got the potential to be great!

Experts and fans also kept a close eye on Akani Simbine. Simbine currently holds the African record for men’s 100-meter sprint for finishing in 9.84 seconds. Our theory is that he’s a cheetah in disguise. Simbine also won gold at the 2018 Commonwealth games and African championships. At the 2020 games, he ran the men’s 100-meter sprint in 9.93 seconds, coming in fourth. Notably, Kyle Blignaut came in sixth place for men’s shot put with a final throwing distance of 21 meters.

Now let’s talk rugby! South Africa has a history of excelling at the sport and their performance at the Olympics is no different. Our rugby sevens teams finished first in their group, winning all three matches against the USA, Ireland, and Kenya. It was only after advancing to the quarterfinals that we were beaten by the Argentineans. Nevertheless, the team still managed to beat out Australia and the USA for fifth place. We’re incredibly proud of our boys for their overall stellar performance.

Another team that wowed us with their excellent performance was the men’s field hockey team. South Africa’s team had won the 2019 men’s African Olympic qualifier. Unfortunately, their luck seemed to run out as they lost three out of the five games during the group stages. Having won one match against Germany and drawing against Canada, the team finished in fifth place. We’ve noticed a little pattern: perhaps South Africa’s lucky number is five!

At FinGlobal, we’re not going to let you down with our financial emigration services. Financial emigration is more than just moving your money abroad with you. We can help you with tax clearances, tax refunds, offshore investments, pension income, and much more. In fact, if there was an Olympic event for customer service, we would get a gold medal. What can we say? We’re all-rounders! To discuss your unique needs with our team, simply get in touch with us. You can phone us on +27 28 312 2764 or email us at info@finglobal.com.