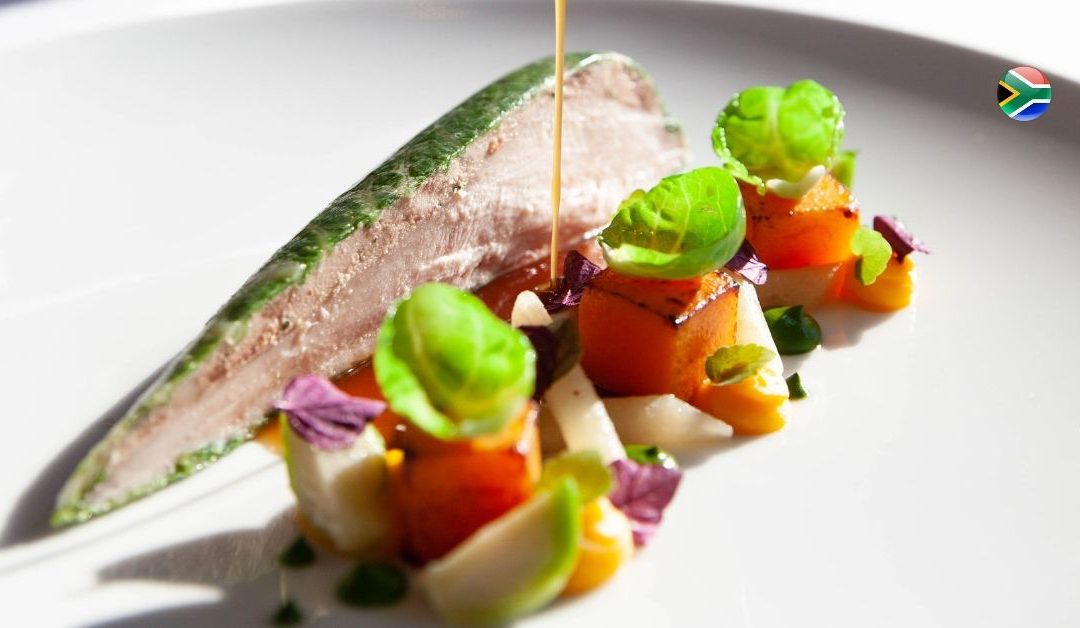 The Michelin Guide is significant in the world of fine dining and is often referred to as the “Bible of all dining guides.” There’s nothing a chef or restaurant covets more in this world than the prestigious Michelin Star.

In 2016, Jan Hendrik made South Africa proud by being the first South African chef to be awarded a Michelin Star and has retained it ever since. In 2019, Capetonian chef Jean Delport was also awarded a star, and he received it again in 2020!

This is a true testament that South African culinary expertise competes with the best in the world. But what exactly is a Michelin Star, and how did these famous South African chefs reach such heights? Read on to find out.

What is a Michelin star?

I’m sure the first thing you thought about when you read the word Michelin was tyres, and you’re not far off. After the Michelin tyre company was founded, they started publishing free guides for drivers to use in 1900.

The guides included helpful information for travellers, such as basic mechanics, maps, places to rest, and establishments for relaxing and eating. It was a genius way of getting people to wear out their tyres by driving their cars more.  Inspectors were hired to search for the best places to eat, and in 1926 the star rating that restaurants strive for today began.

What is the importance of Michelin stars?

The 100-year-old Michelin Guide is the world authority in high-end dining. Michelin releases a series of restaurant reviews annually using a 0-3 star rating system and only includes the top-end restaurants. Here are the officially published star meanings:

The decisions are usually unquestionable because of the high standards and rigorous anonymous testing at different points throughout the year. Getting a star will literally change the fate of a restaurant and chef. It means maximum publicity, more customers, and higher quality workers.

Getting three stars is the highest honour a restaurant can achieve, and a chef who reaches such peaks becomes priceless. They’re so valuable that the possibility of losing a star drove a French chef to suicide in 2003.

Who Is Jan Hendrik?

Jan van der Westhuizen never fully embraced farm life. He preferred spending time in the kitchen with his mother and grandmothers and developed a unique passion for food. By the age of 15, he was working as a cook at their family resort.

He later started training at the City and Guilds international culinary school. He apprenticed at various 5-star hotels in Cape Town, joined the ELLE magazine as a food editor, and moved to Paris. Chef Jan Hendrik would later open his restaurant, JAN, in Nice on the French Riviera. The Jan Hendrik van der Westhuizen restaurant received its first Michelin star in 2016 and continues to enchant visitors and locals with South African cuisine. He’s also launched Jan The South African Chef Journal, the Klein JAN restaurant at Kwalu Kalahari, and the JAN TV series.

Who Is Jean Delport?

Jean Delport is a South African-born chef with extraordinary achievements. He grew up in Cape Town, Blouberg, and enjoyed helping his mom in the kitchen. Soon, he was cooking meals for his family, researching everything until he could cook with perfection.

This led him to his next career stop at Benguela on Main, the first fine dining restaurant the Streeter family opened in South Africa. Chef Jean later moved to the UK in 2018 after being appointed by Penny Streeter OBE to open Restaurant Interlude in Horsham near West Sussex.

A few months after the restaurant opened, it won its first Michelin Star in 2019. This made Jean Delport one of the youngest ever winners and the second SA-born chef to win the award. Jean heads the Interlude Restaurant as the executive chef with a tight-knit South African team.

What contributed to their success?

Apart from excelling at the same culinary school, Jean and Jan stay true to their South African roots. In an interview, chef Jan Hendrick points out that his meals are greatly influenced by South African heritage. He strives to offer “A real taste of South Africa with a European Flair.”

He mentions that he enjoys making mealipap in different incarnations, like a seared tuna fish with mealipap panna cotta and chakalaka. Guests leave with a taste of authentic South African hospitality paired with some incredible South African wine.

Chef Jean Delport is praised for crafting dishes with a good balance of flavour and texture and an original creative style. He associates his style and success to staying true to the South African notion, “local is lekker,” and strives to introduce guests to a South African flavor journey.

Both chefs have developed their reputations internationally as innovators who continuously refine their menus and personally select ingredients from suppliers they know and regularly visit. They admit that the culinary industry is driven by passion, and you have to give it your all to get to the top.

Its evident South African cuisine and culinary skills can compete internationally with the best of them. There aren’t any more South African chefs with Michelin Star awards or any star awarded restaurants because the Michelin system doesn’t operate in Africa.

Chef’s Jan Hendrick and Jean Delport both received their stars while running their restaurants overseas. The Michelin Guide only covers 23 countries across Europe, Japan, and some parts of the US, Singapore, Shanghai, Bangkok, and Thailand.

Whether you’re heading abroad to earn your Michelin stars as a chef or simply to seek out a new life, you’re going to have to pay attention to your tax and financial obligations before you go. At FinGlobal, we’re focused on helping South African expats or soon-to-be expats get their tax emigration and financial emigration in order. We have a reputation for delivering premium services to all South Africans, and we look forward to assisting you too!