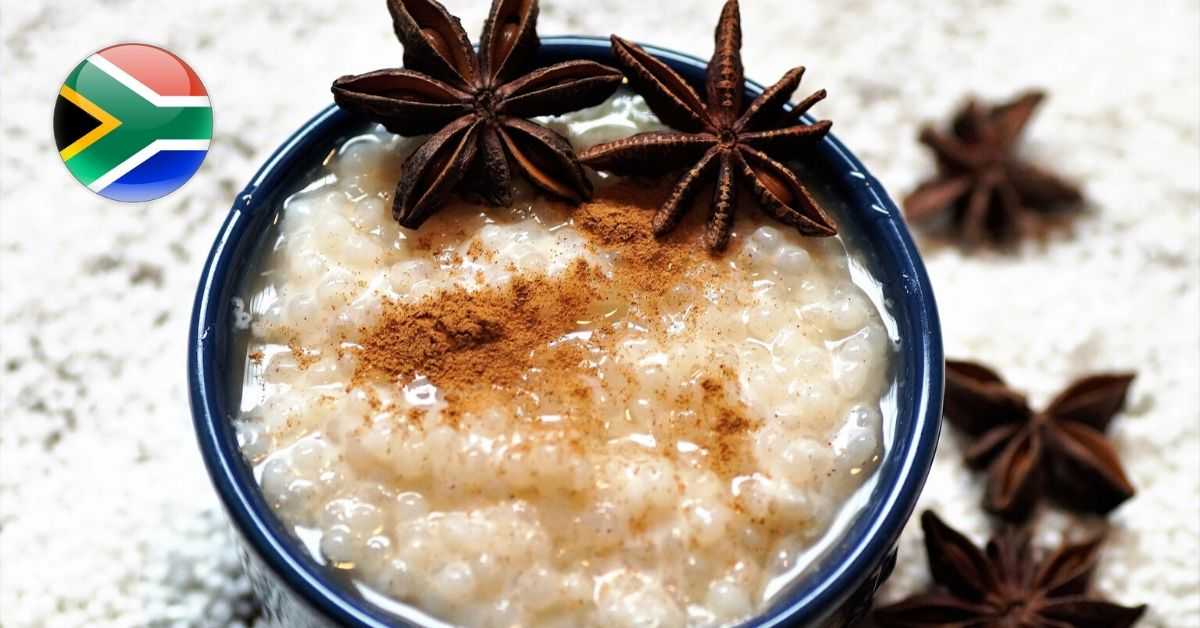 Do you often have fond memories of Ouma dishing you up a bowl of warm sago pudding smothered in custard? Or perhaps she treated you to some cold sago topped with ice-cream and custard after a Sunday lunch feast? Sago pudding is not a foreign concept to the average South African. In fact, we grew up with it! Sago pudding in South Africa is the ultimate treat.

Before we can understand where sago pudding’s popularity comes from, we should take the time to understand what it is and how it is made. Sago pudding is many things to many people. For some, it is a vegan treat, for others it is a staple pudding delight for many, and the product of South East Asia; largely Indonesia, Malaysia, and Thailand. While the pudding has its roots in South Africa through the Cape Malays, it actually has an English background too.

Sago is a starch that is removed from the stems of palms, the Metroxylon Sagu palm to be exact. The pith is removed from the palm and it is then washed, crushed and strained in order to get to the starch. The starch is then manufactured into the beads, which are called “sago pearls”.

Sago pudding is typically made by boiling the pearls in water and serving it with a coconut and palm sugar syrup. In English countries, the sago is boiled in milk and sugar and then corn flour is added to it, to thicken it while oven-baking.

If you’re living on foreign shores, perhaps sago pudding isn’t the norm to those around you. That doesn’t mean that you should miss out (and neither should they). Why don’t you introduce a delectable baked sago pudding to your new friends and colleagues – and treat both them and yourself?! We’d love to share not 1, but 2 baked sago pudding recipe options for you to check out. After all, there’s more ways than one to make a sago pudding!

This baked sago pudding recipe can be whipped up the traditional way or the vegan way – it provides a generous 6 servings. Follow these simple instructions.

If you feel like it’s time for a warm pudding that’s quick and easy to make, no-bake Sago pudding is just the thing to whip up. Follow the easy instructions below.

You can eat both of these versions of Sago pudding hot or cold – your choice!

We have the recipe to a successful financial and tax emigration from South Africa. We can assist you with a wide variety of emigration-specific issues that South African expats all over the world are faced with on a daily basis. We can handle your tax emigration, financial emigration, and even create a custom tax solution for you or help you get access to the funds stuck in your South African retirement annuity. We have a great track record of almost a decade and the hundreds of SA expats we have helped across the globe are proof enough of our effectiveness. Tired of worrying about your emigration issues? Need a helping hand? Get in touch with us at FinGlobal. You can give us a call or send us an email today.