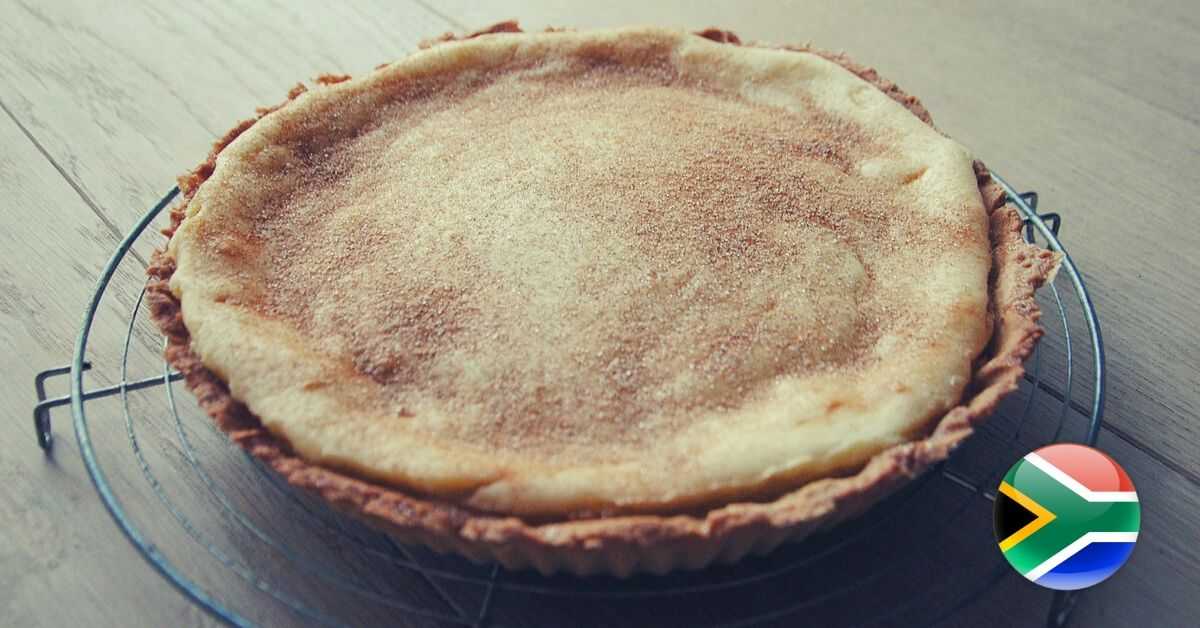 Drum roll please! Enter the good old traditional South African Milk Tart, or as we like to call it in SA; Melkter! Every proudly South African family has a Condensed Milk Tart recipe that has been passed down from generation to generation. And it’s all thanks to the Dutch settlers who arrived in Cape Town, centuries ago, in the 1600s. According to some news articles featuring the history of Milk Tart in SA, the origin of the Milk Tart recipe, well the first known one published at least, can be found in the Een Notabel Boexcken van Cokeryen, which is a cook book released by Tomas van der Noot. It is believed that the South African Melktert recipe is based on this very version of the Dutch fridge tart.

When it comes to the prevalence of Milk Tart in South African communities, it can be aptly described as omnipresent. You will find a Milk Tart sitting proudly (well, if you arrive early enough to snatch it up) at just about every event including the local church bazaar, fundraising bake sale, birthday, tea party, and sporting event. It can even be found in the fridges at the local grocery store and on the menu of your favourite coffee shop. In fact, it’s a staple in most private homes too – the perfect dessert to follow literally any meal.

South African Condensed Milk Tart – How do you make one?

Condensed Milk Fridge Tart is more of a dessert than a tart really. It consists of a sweet pastry crust and a creamy filling. Some Milk Tart recipes call for it to be baked while others are no-bake recipes that are just as delicious.  It doesn’t stop there though! Milk Tart is for everyone in SA; the young, the old, and everyone in between! For those who like a bit of tipple and want to add pizazz to their social gatherings, there is even an alcoholic and drinkable version of Milk Tart available in SA… everyone knows Tant Sannie se Melktert which is readily available at most leading liquor stores across the country.

What you need for the base:

What you need for the filling:

As you can probably already see, there isn’t much work involved in making a delicious Condensed Milk Tart. Below are the instructions that you should follow:

And voila! You have yourself a Condensed Milk Tart with a lemony twist! This is best served with a warm cup of tea, but as a dessert, it can be served with custard too.

For some, preparing a round of “Melktertjies” is a better choice than making an entire tart. Melktertjies are Milk Tart shooters and as you guessed, there’s no crust involved. There’s an added ingredient too – the vodka!  Perhaps you have a braai/barbecue coming up or a birthday celebration and want to add a bit of fun. Here’s how you can make quick and easy Condensed Milk Tart shooters for 8.

If you don’t want the Melktertjies to be too strong, simply reduce the amount of Vodka used in the recipe. Always serve these Milk Tart shooters cold, for the best enjoyment experience.

While you’re whipping up a batch of Melktertjies or waiting for your Condensed Milk Lemon Tart to set, allow the team at FinGlobal to create a tailor-made tax solution just for you. Whether you are interested in tax and financial emigration assistance or need further help with accessing your South African retirement annuity, the FinGlobal team is ready to assist. For more advice and guidance, simply contact us. Give us a call or send us an email today.