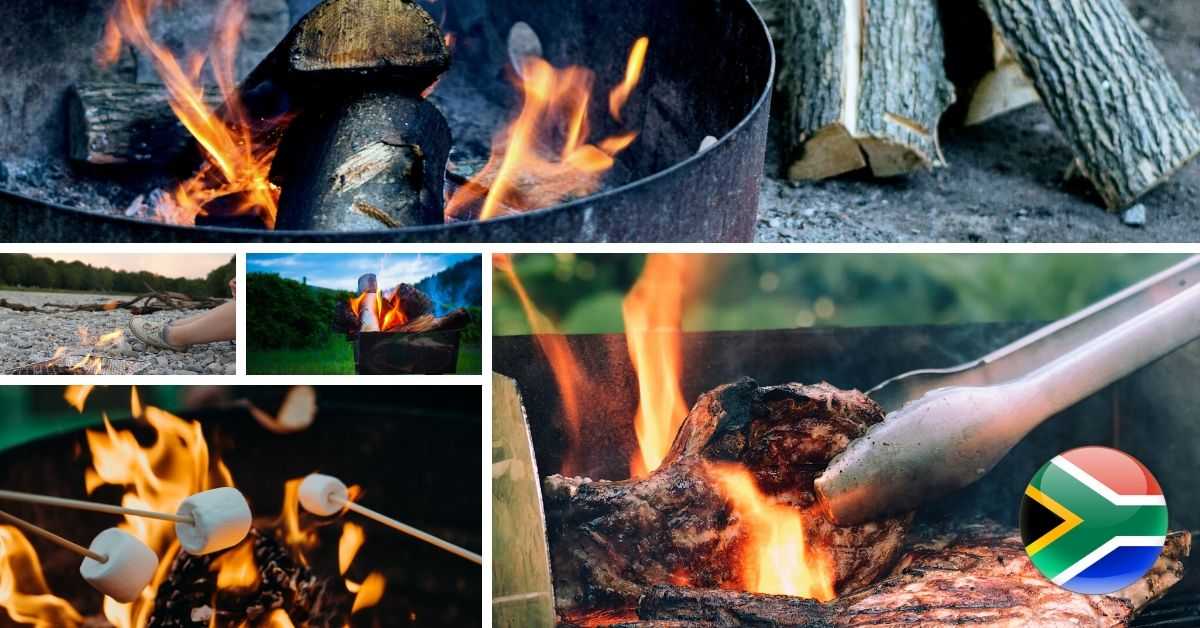 A dop en tjop, a braai, a barbie, a barbecue, a grill and chill…whatever you call it, the braai – which goes by many names – is actually pretty universal.  As humans, there’s something within us that just wants to be outside, smelling the fragrant aroma of our favourite meat and veggies sizzling on the grid. But that being said, there’s quite a big difference between how South African’s and the rest of the world braai, isn’t there?

The South African Braaier or “Braai Master” is somewhat of a legend. Every South African family and group of friends has one and it is up to this individual to ensure that the garlic bread isn’t scorched, the chops and steaks are cooked just right (for each person mind you), and the veggies are grilled to perfection. No pressure! Is there a similar concept in the Australian and American way of braaing? What quirks and customs do other countries have and how do they compare with ours? The reality is that the way we do it (braai) is not the way the rest of the world does, but it’s the differences in our world-wide cultures that makes the human race (and each of its countries) so special. Let’s see how South African braais compare to the the Australian barbie, and the American barbecue.

How to Braai the South African way

South African braais are often more about the outdoors and the pints of beers than anything else. While the men traditionally are the “braai masters”, it is often the women who prep and marinade the meat, make up the salads, stuff piles of garlic and butter into bread rolls, and make sure that the food actually gets cooked. The men gather around the braai telling war stories and swapping manly gossip, turning steaks and chops, and taming flames with a splash of beer every now and then.

How to Barbecue the American Way

When looking into how to BBQ the American way, you will find that they actually have a few types of BBQ events. In American culture, barbecues are typically family-friendly events focused around an occasion or celebration. What’s really interesting about American BBQs is that they are quite different from one area to the next and it really all comes down to what people were brought up on. For instance, Texas is known as the “Barbecue Belt” and here a white sauce is a key element to the entire occasion. The main meat cooked is brisket, which is rubbed with herbs and spices and cooked for a very long time.

In the Carolinas you will see that pork is the main meat used to BBQ with and often features an entire pig cooked whole. Then the meat is shredded or pulled – ending up in you guessed it; pulled pork, which is served with vinegar-based sauce and a mustard sauce too. In Kansas City you will find brisket and pork ribs in high demand at the family barbecue/grill.

For many Americans, the BBQ is all about burger patties and hot dogs on the fire with coleslaw, salads, and family fun in the sun. What you experience at an American BBQ comes down to where in the U.S you find yourself!

How to Barbie the Australian Way

When comparing the South African braai to other country’s versions of it, it’s apparent that the Aussies do things fairly similarly to the South Africans. In Australia, barbies are just as common-place as braais are in SA and there’s certainly an element of “barbie master”, although they definitely don’t call it that. If you are currently living and working in Australia, you might have heard the words “slip a shrimp on the barbie” and if you do, know that you‘re in for a seafood braai treat! While seafood barbies are quite popular, it can’t go unmentioned that the typical Aussie Barbie is about mates, citronella candles (to keep those infamous Australian mozzies at bay) beer, and sausages sizzling on the outside grill.

When in Australia, you will discover that there are different types of barbecues, but most of them feature around the same simplicity. The Aussies don’t like to get fancy with their barbies. All that is needed in terms of meat, as a bare minimum, is a pile of beef and lamb sausages, white bread and tomato sauce. If you think that sounds a little strange; we all have our quirks. Some barbies do have offerings of chicken, burgers, and prawns (which they call shrimps), but that’s not always the norm.

Just like back home, sides really do fill the gap! In Australia, a typical crowd-pleaser is a heap of onion slices cooked in beer on the grill. Other firm favourites include corn on the cob and potatoes. A bowl of bright green lettuce usually makes it to the table too – whether it gets eaten or not is really just the luck of the draw.

As a South African living in Australia, you won’t really need to be taught how to start a barbecue. It’s pretty much the same as back home. Let’s say you are using a wood-fuelled barbecue. Of course, you will use wood chunks as your fuel source. First, the fire starter is broken in half and half is placed into the barbecue. The wood chunks are stacked over and round the fire starter, with the rough edge exposed. The fire starter is then lit and while the wood burns and turns into grey fiery coals; the beers and chatter can proceed.

Moving to a new country to live and work is all about enjoying new customs and cultures. Instead of spending your time hassling over your financial and tax emigration, go learn about and enjoy the whole new world around you. At FinGlobal, we can take care of the rest. We have simplified the tax emigration process and proceeded to help thousands of expats all over the world to gain access to their retirement annuities regardless of where they have ended up. If you want to make the most of your new life, let us take care of your financial and tax emigration needs now. To get more information, simply contact us today.