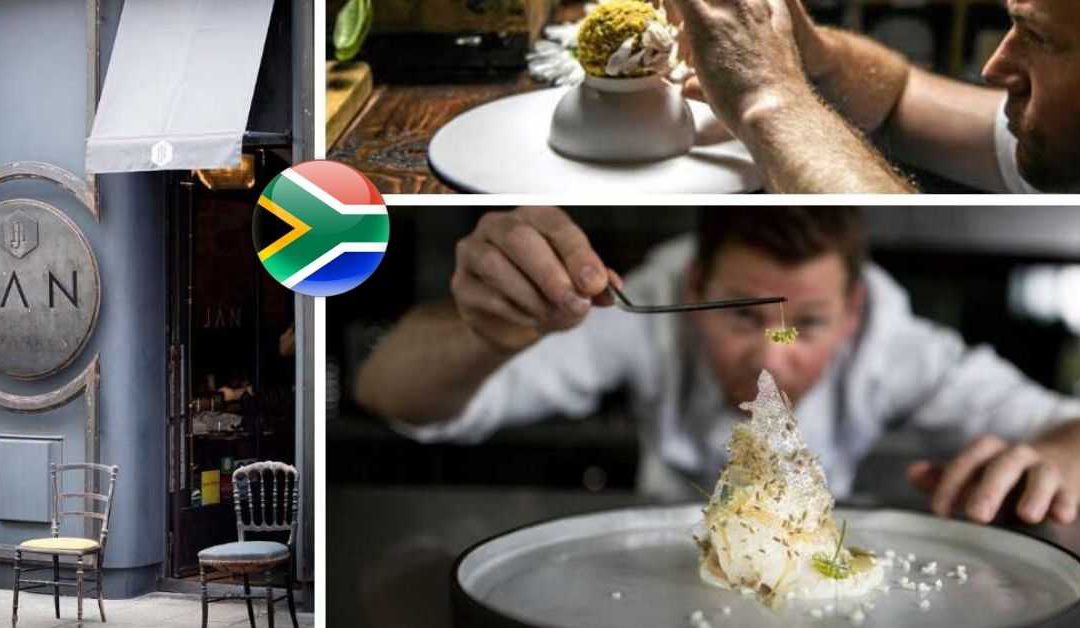 Studying the art of food: an endless quest for flavour

Jan grew up on a farm in Middelburg, Mpumalanga and learned his way around the kitchen from his mother and ouma. Once his matric was done he trained in the culinary arts and pastry in Stellenbosch, receiving an advanced diploma before going on to earn his Bachelor’s degree in applied design and photography. Van der Westhuizen kicked off his culinary career with Elle, a popular South African magazine, as a contributing food editor and photographer.

His desire to see the world took him to Paris, France in 2006. From here, he was appointed chef aboard a private yacht in Monaco. In 2013 he opened his first restaurant in Nice, France called JAN, a small 24-seater restaurantnamed one of the best restaurants in the world by Condé Nast Traveler in 2015. In 2016 he was awarded his Michelin star and in 2017, Jan opened a second restaurant called Maria, and then published two cookbooks – The French Affair and JAN – A Breath of French Air.

The doors to JAN Innovation Studio opened in Cape Town in 2019. A new development kitchen that hosts a team of chefs and students as they experiment, develop and innovate with South African cuisine. The Studio is open to the public for selected evenings monthly with the aim of developing new dishes to be served in Jan’s restaurants.

February 2020 saw the premiere of the second season of his show airing on DStv (and also available on Showmax!) – not just any behind-the-scenes restaurant show, the first season of JAN won both a SAFTA (South African Film & Television Award) for Best Variety Program and an ATKV-Mediaveertjie Award. Impressive stuff!

Situated in Nice, Jan’s portside restaurant is intended to be a celebration of South African hospitality and flavours. Patrons can choose between a four-course or seven-course tasting menu which the Michelin guide 2019 describes as “creative and contemporary cuisine”.

A private dining room opened to complement his existing restaurant, JAN, this setting is perfect for group bookings. Named Maria after his mother and grandmother, this space also reveals Van der Westhuizen’s fixation with Cape Dutch cuisine, paying homage to the wife of Jan van Riebeeck – the Dutch commander of the Cape of Good Hope colony who cultivated a large variety of vegetables and fruit to supply passing trade ships in the 1600s.

Jan’s plans for later this year include a collaboration with Tswalu Kalahari Reserve. Owned by Nicky and Jonathan Oppenheimer in the Northern Cape, Jan intends to create a dining experience that enhances the luxury lodge’s offering and the new restaurant will be named KLEIN JAN.

If you’re thinking about becoming South Africa’s hottest export, you’ll be pleased to know you won’t have to walk this path alone. FinGlobal has already helped more than 60 000 clients since 2011 with various aspects of their cross-border financial portfolio, and we can’t wait to offer you the same level of dedicated convenience.

We have a 100% success rate in everything we do, which makes us the smart choice, because we’re known for:

No matter what you need assistance with, we’re ready to help every step of the way. Let us handle your financial emigration, retirement annuity withdrawal, tax clearance, tax refunds or foreign exchange needs. Contact us to get started.

Get your FREE and no obligation Financial Emigration quote!