Home » Broodpoeding! Who Can Resist? 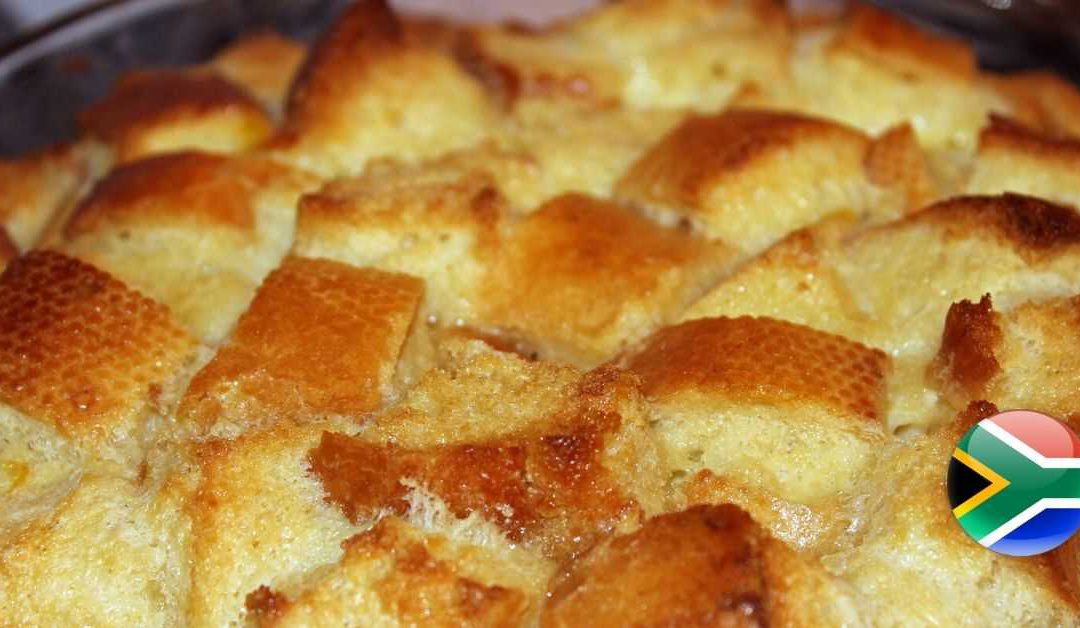 Broodpoeding… the dish that has stolen the heart of all South Africans and has been around for so long that we think it was our idea first. But was it really? Who really came up with Broodpoeding and where does it really come from? If you look at the history of Bread Pudding (as it is called in English) you will see that throughout the ages, many nations have made it and claimed it to be a traditional pudding of their own. Regardless of where the pudding originated, one thing is certain; Broodpoeding is a firm favourite in South Africa and that little fact is not about to change. Other puddings may come and go, but Broodpoeding is here to stay!

What is it? Broodpoeding is a bread-based dessert that is made with stale bread, cream/milk, eggs, and some fort of fat (usually butter).  It can be eaten alone, blobbed with ice-cream, served with hot milk over it, dolloped in cream, or even smothered in custard – there is really no wrong or right way to eat it! Eat it whatever way suits your preferences and absolutely enjoy it.

The thing about Bread Pudding is that it is great at any time of the day. It is good for breakfast, it is good for desert and if you feel like skipping dinner; it is a great stand in for that too. Over the years the traditional Bread Pudding recipe has been tweaked to suit the needs of those who eat it. Some like to add ingredients to make it more savoury others like to add jam and raisins to make it a bit sweeter. In South Africa, some families have come up with their very own unique versions of the pudding and it’s often these versions that are passed down from generation to generation within the South African community.

What is the Possible History of Broodpoeding’s Origins?

Some historical articles mention Bread Pudding’s origins dating back to the Roman times. What most people agree on is that in the 11th and 12th Centuries, cooks, chefs and families with waste-not attitudes (and let us face it, everyone was a waste-not back then) had to find innovative ways to use leftover stale bread, without wasting it. Recorded history tells us that in the 13th Century in England, Bread Pudding was known as “poor man’s pudding” and was typically made and eaten by the lower classes that simply could not afford to waste food. And as time went by, more and more people – even in the working class – started making and eating the pudding themselves.

It is believed that Broodpoeding made its way into South Africa along with the first Dutch settlers. If you delve into Dutch food history, you will find that Bread Pudding was and still is very popular in their nation. The traditional Dutch “Broodpudding” recipe is the same as the traditional South African one. Interesting right? As it turns out, the Dutch would turn their stale bread and buns into Bread Pudding, which did not just help with saving on food waste, but also provided people with a delectable treat.

Enough about history, let us talk about right now…how do you go about making your very own South African Bread Pudding wherever you are in the world? Here is the best Bread Pudding recipe to try…

What you need to make bread pudding:

You are going to want to share this, so double up on the ingredients if you plan to have company.

It is simpler to make than you thought, right?! That is the point. Broodpoeding is a dish that was designed to be quick, easy, and cheap to make. And now you know exactly how to make your own.

Unfortunately, tax and financial emigration is a little harder to perfect than a South African Bread Pudding recipe. While the process can be confusing and time-consuming if you tackle it alone, it does not have to be. With the help of our consultants at FinGlobal your tax emigration and financial emigration processes can be fast tracked to success. We provide premier advice and guidance to SA expats the world over. With 10 years of experience, we believe we are just the team to help you get the most out of your expat situation. For more information and advice, simply contact us today.

Get your FREE and No obligation Financial Emigration quote!
Transfer your money from South Africa