Home » A Taste of Home: Boerepastei aka Cottage Pie

A Taste of Home: Boerepastei aka Cottage Pie

Home » A Taste of Home: Boerepastei aka Cottage Pie

A Taste of Home: Boerepastei aka Cottage Pie 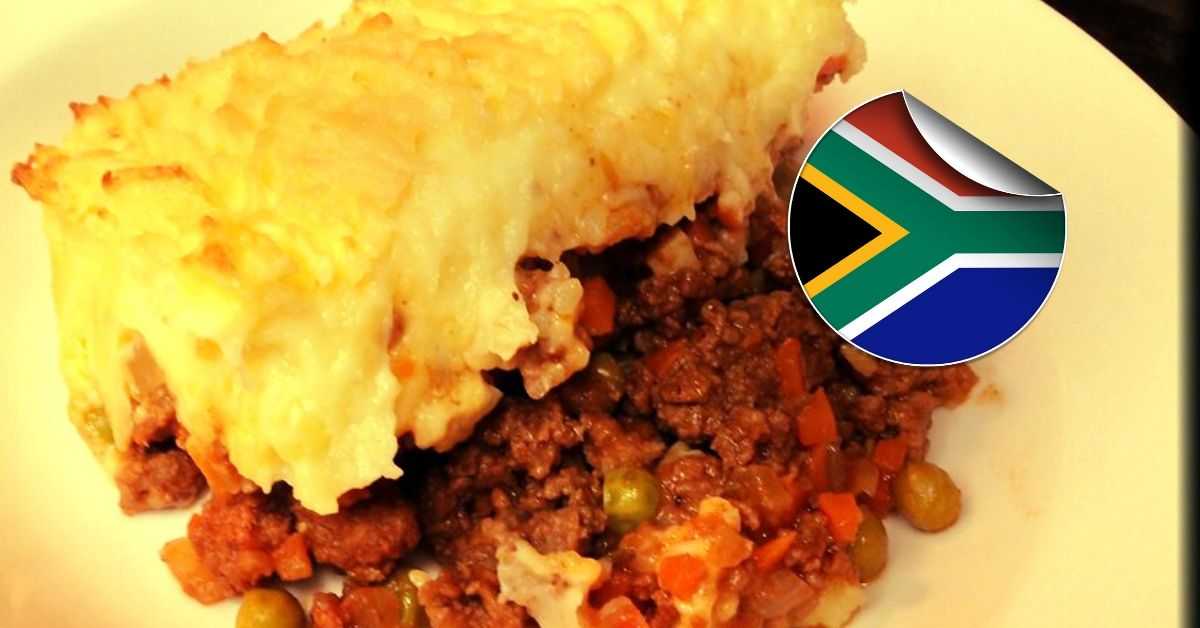 Whether you are in South Africa or abroad, there is nothing to stop you enjoying a good old South African favourite: Boerepastei. Cottage Pie (or Shepherd’s Pie as it is often called too) is a firm favourite in SA for good reason: it tastes delectable and it is the epitome of comfort food. It is also quite therapeutic to make. A Boerpastei and Cottage Pie are one and the same; a dish of minced meat with mashed potatoes on top.

While you probably grew up on Cottage Pie, you might be surprised to find out that it is not a traditional South African dish. In fact, it comes all the way from the United Kingdom. Its history goes way back to the 18th Century when the UK poorer population started using potatoes as a staple food source. At the time, making pie with potato was of course far cheaper than the alternative. The poorer people in the United Kingdom typically lived out in the country or rural areas, in cottages. Because of this, a pie made from minced meat and mashed potatoes was known as a “Cottage Pie”.

While the Cottage Pie originates from the United Kingdom, many South Africans still consider it a local treat. It was as something that was considered a hearty home-cooked meal and many of us grew up looking forward to it.

If you are feeling a little homesick and have an hour and a bit free, perhaps it is time to put on your chef’s hat, grab your apron, and get to work on making this Boerepastei (Cottage Pie recipe). There is nothing quite like a taste of home, is there? Let’s get started!

The first step to enjoying a Cottage Pie with a South African twist is to gather all the ingredients. Here is what you will need:

What to Do | The Method

Before you get started, preheat the oven to 180 degrees Celsius.

How to Prepare the Beef

Pour a splash of oil into heavy-based pan and heat it. Add the beef mince or soya mince and fry until it is browned. Use a wooden spoon to stir the mince around and make sure that it cooks through evenly. Once it is cooked, remove it from the heat and set to one side.

Turn the heat down and add just a small amount of extra oil. Throw the onions into the pan and fry them up for at least 5 minutes, until soft and see-through.

Pour the wine and the stock into the pan and bring to the boil. Add the mince to this liquid, along with the tinned tomato and the tomato paste and then add the chopped parsley and thyme to the mix.

Turn the heat down, put the lid on the pan, and allow the mince to simmer gently for about 20 minutes. Stir every now and then to ensure it does not catch on the pan. When most of the liquid has cooked off, you can turn off the heat.

How to Prepare the Topping

Place the potatoes in a pot of hot water (salted) and bring to the boil. Once cooked, drain the water off and allow the potatoes to cool.

Next, mash the potatoes and then add the milk and the butter, blending both in with a wooden spoon.

Add the cheese and mix it into the mixture well.

Getting the Cottage Pie to look just right will not take much effort at all. Choose a large oven-proof dish to use. Place the mince mixture into the dish and smooth it evenly on the bottom. Carefully place your mashed potato on top and smooth it around evenly. Use a fork to create a peaked pattern on the surface of the mashed potato. Sprinkle the top of the potato with Paprika and place it into the oven to cook for half an hour. When the potato peaks are browning and the mince mix is bubbling, your Boerepastei is ready to serve.

Serve the Cottage Pie with steamed or boiled peas for a traditional treat!

Get your FREE and no obligation financial emigration quote!
Tax Emigration VS Financial Emigration: What’s the difference