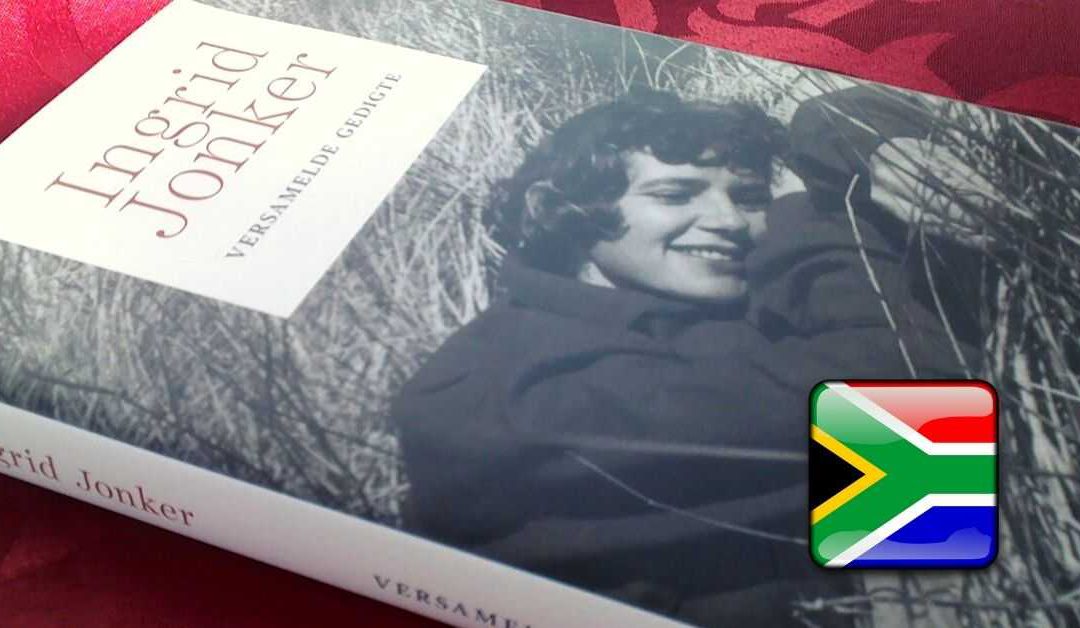 Have you ever given much thought to poets who are proudly South African? One name that comes to mind is Ingrid Jonker. Ingrid is a poet who, through her words and her ties to SA, reminds one just how important it is to stay true to their roots (or at least value them).

When talking about famous people from South Africa, Ingrid Jonker is a name that consistently comes up, which is astounding when you consider that she was a small-town girl. Born (in the 1930s) and raised in the rural town of Douglas (close to Kimberly) in the Northern Cape, it is heartwarming to hear her compared to the likes of Marilyn Monroe, Virginia Woolf, Anne Sexton, and Sylvia Plath. It is said that Ingrid’s poetry was fueled by her turbulent life. Her parents divorced early on and her mother died of cancer when she was just 11 years old. A year later her beloved grandmother also passed away. When you think of it that way, it’s obvious that Ingrid had a lot of passion, pain, and feeling to pour into her poetry as a result.

Ingrid, who started writing poetry at the age of 6, wrote all of her poems in Afrikaans. They have been translated into a variety of other languages and even distributed internationally. From the moment Ingrid put poetic pen to paper, there was nothing stopping her. Her very first set of published poems can be found in her old high school’s magazines, and at the tender age of 13, she had an entire collection of poems entitled “Na die Somer”.

It came as no surprise that Ingrid was in close contact with the likes of DJ Opperman and having her work published in Die Huisgenoot by just 16. In 1956, it finally happened. At 23 years old, Ingrid had her first big collection of poems, entitled Ontvlugting, published independently, and then went on to publish another collection of poems, Rook en Oker, in 1963. Some loved Ingrid’s work, but there were of course harsh critics. Still, Ingrid persisted and succeeded.

One of Ingrid Jonker’s Poems

One of Ingrid’s most celebrated poems is called Ek Herhaal Jou – read it below.

In English, the title of the poem is “I Repeat You” and translates as follows:

“I repeat you
Without beginning or end,
I repeat your body.
The day has a thin shadow
and the night yellow crosses
the landscape without regard
and the people a row candles
while I repeat you
with my breasts
that reforms the hollows of your hands.”

What Made Ingrid Jonker One of the Most Famous South Africans of Her Time?

Ingrid Jonker was undoubtedly one of the most respected poets of her time. She belonged to a group called the “Sestigers” which was a group of “out there” artists of the 1960s in South Africa. They gathered around one Clifton Beach renowned poet, Uys Krige. It wasn’t long before Ingrid was considered the group’s “shining star”. The group was quite outgoing in that they turned away from what was expected of the Afrikaner generation and instead gleaned a lot of their inspiration from Latin Europe. The group did great things for Afrikaans literature in the way that they wrote, expressed themselves, and put their art first. In short, in a way it was Ingrid’s status as “shining star” that put Afrikaans literature on the map.

Not many famous South Africans have films made in their memory, but Ingrid Jonker does. If you are a South African expat looking for a taste of home, you should put some time aside to watch it. The movie, Black Butterflies, was released in 2011 and was made available on DVD in 2012.

The movie got rave reviews for its passionate collision of politics, poetry, madness and desire. The movie, set in the 1960s in Cape Town, features glimpses of the Apartheid era while shining a spotlight on Ingrid’s life. The movie depicts Ingrid, played by Carice van Houten, sailing through a variety of stormy affairs, head-bumping with her dad, and parliamentary censorship – all while spending much of her time scrawling thoughts, ideas, and passions on paper (her poetry). The movie is every bit as turbulent as her life is said to have been and is certainly worth a watch now.

Ingrid Jonker certainly had a big impact on those around her in her time. Many years after her death (she died in 1965), Nelson Mandela read one of her poems “Die Kind Wat Dood Geskiet Is Deur Soldate by Nyanga”, at the first democratic Parliament opening in 1994. He described Ingrid in his speech, saying “The certainties that come with age tell me that among these we shall find an Afrikaner woman who transcended a particular experience and became a South African, an African and a citizen of the world. Her name is Ingrid Jonker. She was both a poet and a South African. She was both an Afrikaner and an African. She was both an artist and a human being.”

Nelson Mandela read the poem in Afrikaans, which goes like this:

This poem translates into English as follows:

“The child is not dead
The child lifts his fists against his mother
Who shouts Afrika! shouts the breath
Of freedom and the veld
In the locations of the cordoned heart

The child lifts his fists against his father
in the march of the generations
who shouts Afrika ! shout the breath
of righteousness and blood
in the streets of his embattled pride

the child grown into a giant journeys through the whole world
Without a pass.”

As a South African expat, it’s normal to look back and reminisce about the good old days. If you’re looking back to your old life, worrying about your financial emigration or tax emigration, you’re wasting precious time you could rather be focusing on good memories.

At FinGlobal, we provide South African expats with premier financial emigration and tax emigration guidance and advice on a global basis. With almost a decade of experience to rely on, we believe that we are just the right team of experts to professionally assist you with all of your tax and financial emigration concerns. For more assistance and guidance, contact us today. You can send us an email or give us a call, so that one of our consultants can take you through the process, every step of the way.