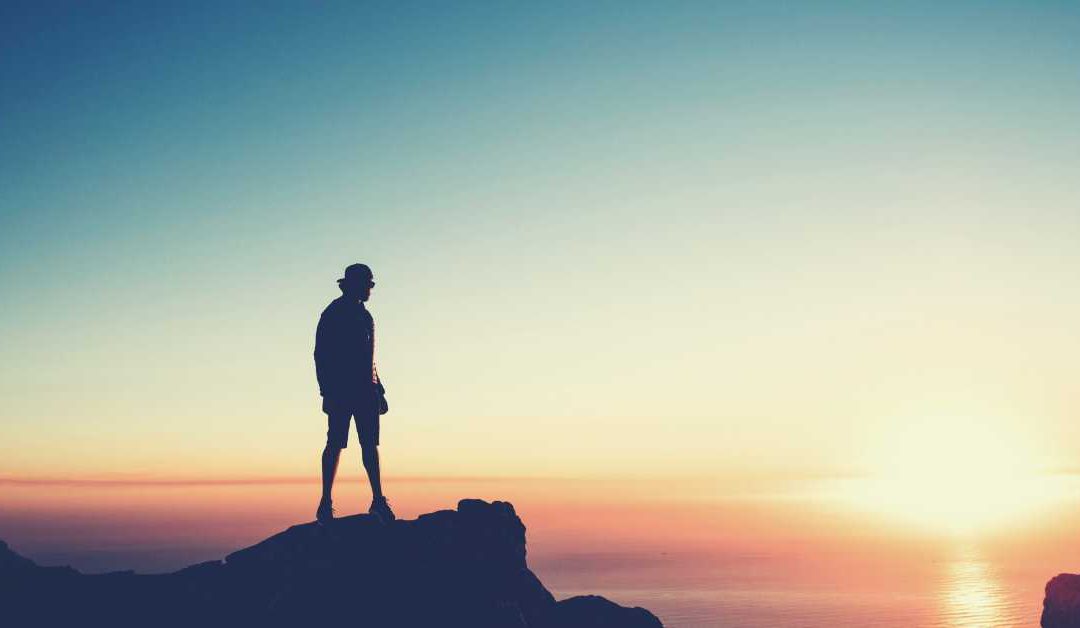 Many people climb Table Mountain, but few people are fit enough to climb it every day for a year. Unless you are Andrew Patterson. He is better known as “mountain dew”.  A Capetonian who decided to turn his retrenchment from his job into a triumph by climbing Table Mountain for 365 consecutive days to raise money for charity.

From the corporate world to climbing

Andrew reports that he knew he was stuck in a rut in the corporate world, just working to keep his salary. To start getting some satisfaction from life, he started volunteering at local charities. When he was retrenched it 2017, he decided that if he managed his money from his retrenchment package carefully, he could combine his love of hiking and his desire to help others less fortunate than himself. The result was his year-long Table Mountain challenge.

To the top of Table Mountain – no matter what the weather!

From the 1st of January 2018, he climbed up Platteklip Gorge every day, from the bottom of Table Mountain to the top. No matter what the weather, freezing winter rain or blazing summer sun, Andrew hiked up to raise funds for 3 non-profit organisations: Habitat for Humanity, One Heart for Kids and The Sunflower Fund. He started a BackaBuddy page and from there raised his donations for his chosen charities. By the end of his challenge he had raised R367 000 for what he called his “365 Ubuntu Climbs”. Ubuntu is a Nguni Bantu term which means ‘humanity’ and ‘humanity towards others’.

BackaBuddy has reported that Andrew’s money has been used to provide books for three of the poorest schools in the Western Cape. Through Habitat for Humanity, 10 families in shacks in Khayelitsha have had their homes improved and made safer and warmer. Andrew as also been involved in two donor drives for the Sunflower Fund who added 30 donors to the registry of stem cell donors.

Andrew often had people joining him on his walks up Table Mountain, including Lifa Hlongwa who was told he would be unable to ever walk again after a rugby injury. Throughout the year he was joined by a total of 738 climbers – from the age of 73 down to 8 – from all over the world, who lent their support to his massive challenge.

Andrew has reported that even though there were days when he thought he couldn’t put another foot in front of the other, he carried on. His personal motto on his blog is “If you have the opportunity to do amazing things in your life, bring someone with you.”

Andrew’s campaign is still accepting donations, in its goal to raise R1 million and you can donate to it here:backabuddy.co.za/365-ubuntuclimbs

Andrew’s challenge to everyone is to find a way to give back and make a difference to the disadvantaged around you.
If you are a South African living or moving abroad and would like to know more about how you can maximise your finances through the process of financial emigration from South Africa, accessing your South African retirement annuity and our tailor-made tax solutions for South Africans around the world, contact FinGlobal today.