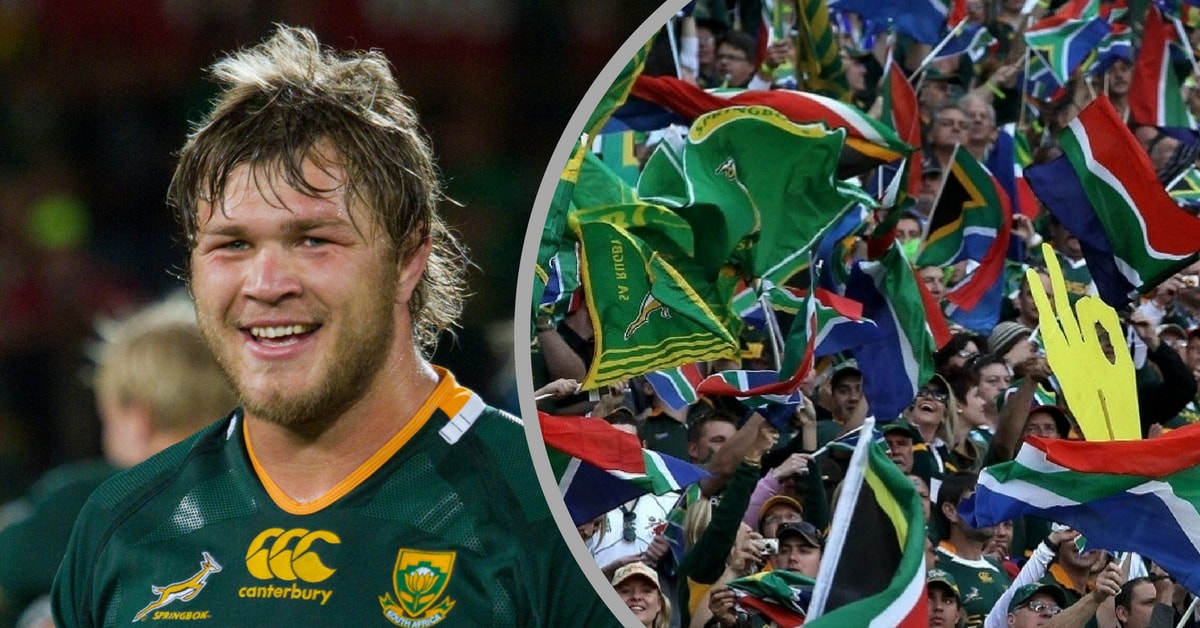 The Springboks have performed well with some amazing moments against England in the three-Test series that recently took place in South Africa. The first test took place in Johannesburg, where the Springboks triumphed with a 42-39 win over England.

A significant fact of this match, which took place at Ellis Park, is that it saw the most points scored in a match between South Africa and England. The victory was also South Africa’s 24th in 39 tests against England. During the match the 50 000-plus crowd were treated to an incredible comeback, after England raced to a 24-3 lead inside the first quarter. Man-of-the-match was Faf De Klerk, who proved his attacking prowess during the game.

Despite an English team desperate to triumph in the second test match in Bloemfontein, the Springboks continued to show excellent form and took a 23 -12 victory against the English team. The euphoria that engulfed the country and the Springboks after the match is according to Springbok Duane Vermeulen “just a small step” ahead of building a formidable team ahead of next year’s Rugby World Cup in Japan. Vermeulen was awarded Man-of-the-Match in what was his first Test at his old hometown.

Ahead of the third test match, which took place in Newlands on 23 June, former Springbok defensive consultant, Brendan Venter, advised the English team. To “go back to basics”, saying the team had “completely lost their confidence”.

In the final Test match, the wet and windy weather favoured the English team as they performed far better in the challenging conditions than the young Springbok side. England won the match 25 – 10 and South Africa took the series 2-1, with their triumph tempered by their performance in this final match and the knowledge that they still have a lot of work to do prior to the Rugby Championship later this year.

Duane Vermeulen is our man of the match this month due to his fine performance in the test matches against England. Prior to joining the Springboks in the No 8 position, he was in France playing three seasons for the French Top 14 side – Toulon and previously represented Western Province provincially and the Stormers in the Super Rugby.

Vermeulen doesn’t just play the classical No 8 position, he is also equally adept at playing both blindside and openside flanker and brought some much-needed brute strength and brawn to the Test matches against England. He used his power to force his way over the try line in the second Test and has been tremendous on defence, with his work in the breakdowns giving the English team a lot to worry about. Vermeulen is optimistic about the Springboks future, saying, “There are a lot of new guys in the squad and they all put up their hands, that is nice to see. There is a lot of excitement building up to the World Cup, but we have to take it step by step.”