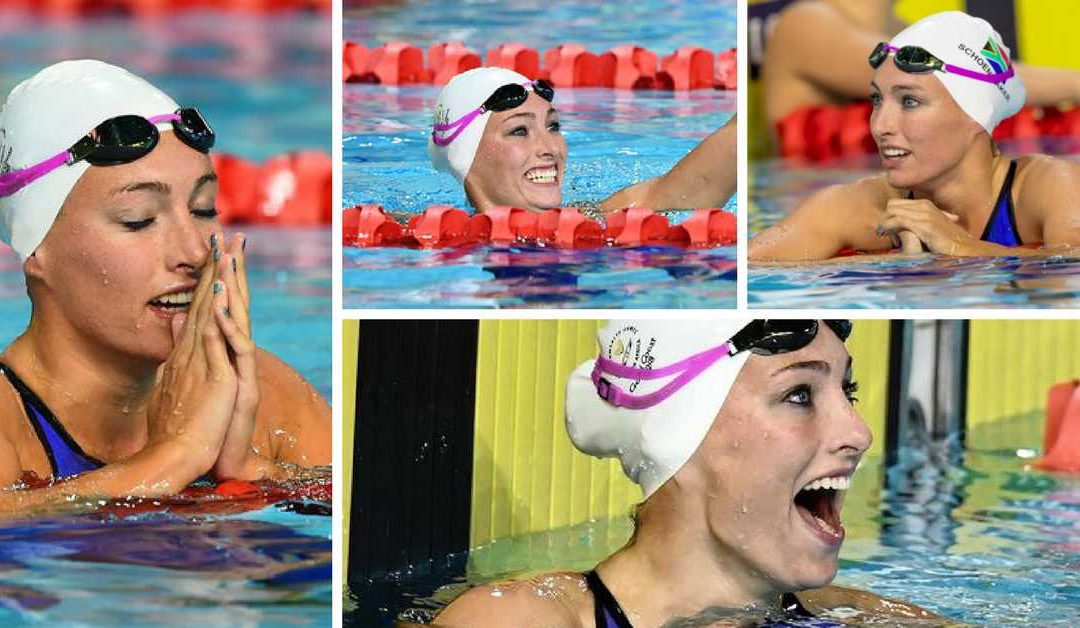 South Africa recently took part in the Commonwealth Games in Australia and it was abundantly clear that South Africa has a new female swimmer who can slice through the water to victory – 20-year-old Tatjana Schoenmaker.

Her favourite event is the 200m breaststroke and she’s now ranked No 2 in the world. Her 100m gold has placed her fourth in the world for this distance. Her victories have surpassed two of the great Penny Heyn’s personal bests. She is just starting out on her journey – and is already tipped to be a superstar in world swimming.

Overall, South Africa performed strongly in the Commonwealth Games by finishing sixth with 13 gold, 11 silver and 13 bronze medals. The top performer was Caster Semenya who won two gold medals on the athletics track in the 800m and 1500m and broke the Games record in both. Chad le Clos was another top South African performer in his third Commonwealth Games. During this year’s games, he picked up three gold medals, a silver and bronze.

Another swimmer who submitted a sterling performances was Cameron van der Burgh who won the 50m breaststroke gold and in doing so beat Adam Peaty, the world record holder, world champion and Olympic 100m champion who hasn’t been beaten in a final for four years! It was regarded as the biggest upset in the swimming pool at these Games!