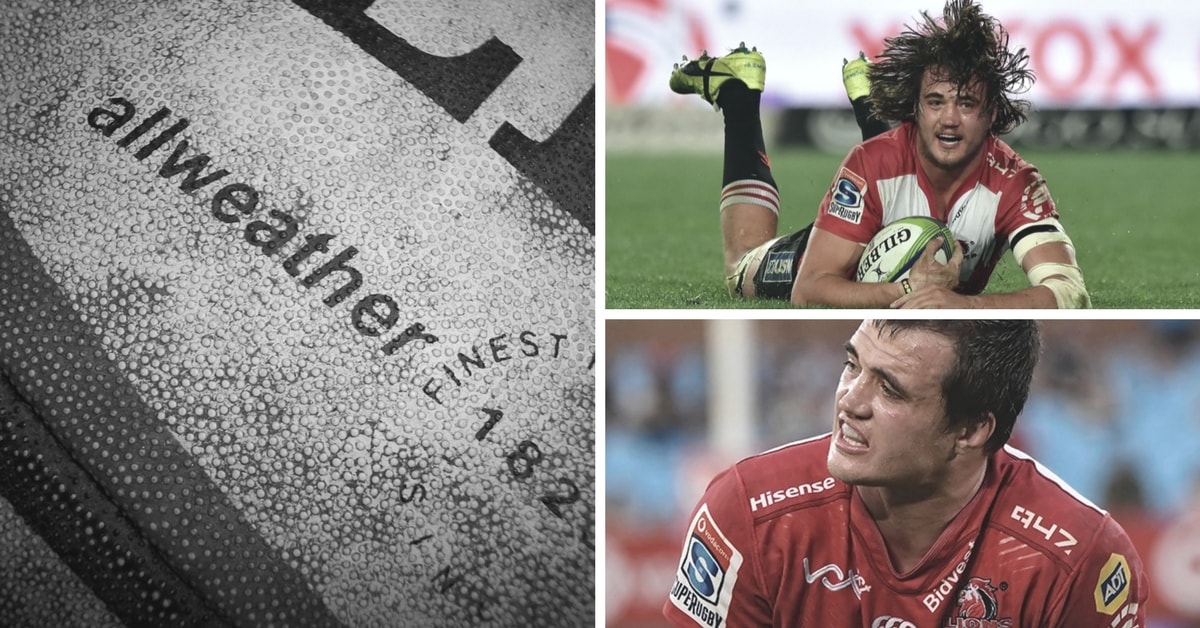 Have you ever considered why the rugby ball is egg-shaped in instead of round?

Well, it all comes down to the fact that the original ball was made from a pig’s bladder, which was more spherical than round in shape. Prior to 1870, the rugby ball varied in size depending on how large the pig’s bladder was. Until 1870, rugby was played with a near spherical ball with an inner-tube made of a pig’s bladder. In 1870 Richard Lindon introduced rubber inner-tubes and because of the pliability of rubber, the shape gradually changed from a sphere to an egg. In 1892, the Rugby Football Union endorsed ‘ovalness’ as the compulsory shape and the egg-shaped ball became official.

Today, the rugby ball used in rugby union is played with a prolate spheroid shaped football, which is inflated with nitrogen and a referee will stop the game immediately if the ball does not meet the requirements of size and shape.

Player of the month: Franco Mostert

Franco Mostert is currently playing with the Lions in Super Rugby and the Ricoh Black Rams in the Japanese Top League. Mostert recently excelled in the match against the Bulls in Pretoria when he switched from his usual position of lock to flank.

Despite the change in position, Mostert played magnificently and demonstrated great speed and agility on the field and the Lions won 49-35 against the Bulls. Going forward Lions coach Swys de Bruin acknowledged there was a strong possibility he would continue to use Mostert at position No.7, “We’ll have to see…maybe yes. We can see that it worked…that was awesome,” he said.

At just 26 years of age, Mostert made his Test debut against Ireland last year and currently boasts nine international caps. Bakkies Botha who has played 85 Tests for the Springboks tweeted this about Mostert after the Springboks won their test against France in June 2017 “Amazing how this young kid @FrancoMostert developed into a world-class lock and still so young! Best in the country at the moment. HEART AND GUTS.”