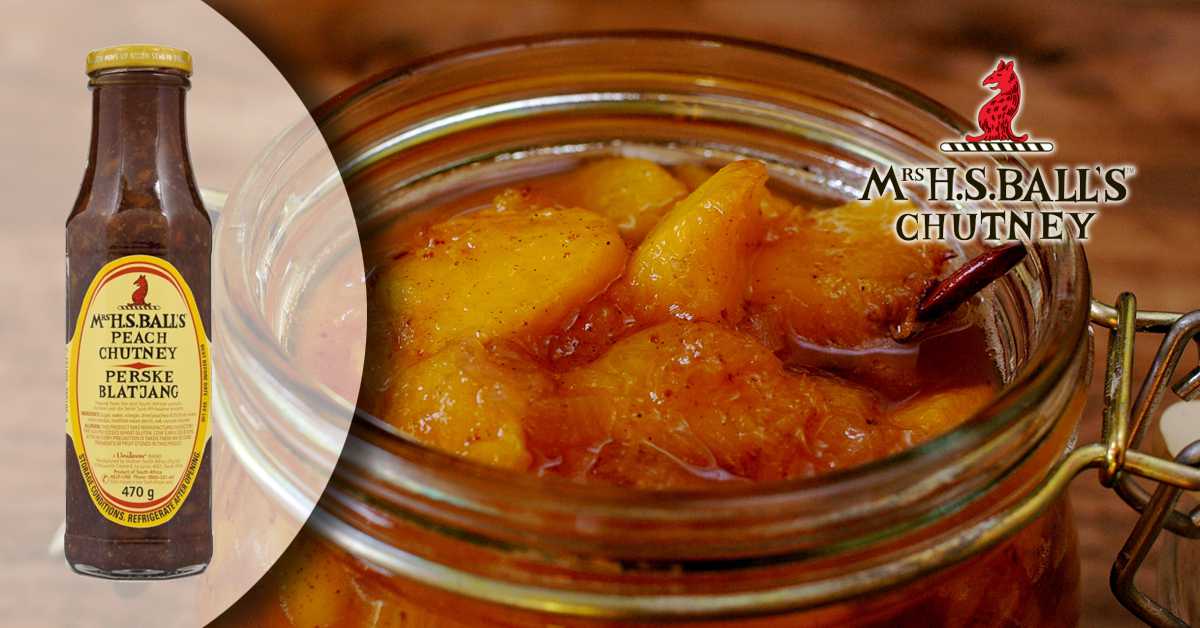 Mrs Ball started making chutney after she moved to Johannesburg with her husband and seven children. Her friends and family loved it so much that the business started blossoming and the demand increased; by 1918 she sold about 24 bottles a day, which in the years to come grew to 8 000 bottles a day!

After her husband passed away in 1935 she moved to Fish Hoek where she continued to make chutney in her backyard with the help of her grandson, “Uncle Bob”.

In 1957/58 Mrs Ball’s chutney was exported to England for the first time.

In the early seventies, Brooke Bond Oxo bought over the business, which was later sold to Unifoods. Still owned by them today, Mrs Ball’s chutney is being made in Johannesburg and exported to Germany, Britain, New Zealand and Australia.

Mrs Ball passed away in 1962 at the age of 97 but she will forever be known by every South African as the ultimate chutney maestro!

The fruit should be left in the soaking vinegar overnight, then cooked in the same vinegar until soft.

Drain and mince in food processor.

Add the sugar (dissolved) and onions (minced) – cook in a pot with the brown wine vinegar.  The amount of vinegar depends on the consistency (the same as the end product you would find in a bottle).

Add spices and cook for one to two hours, stirring occasionally.

Sterilise the bottles and spoon in the mixture.

That’s it – you’ve got your own Mrs Ball’s chutney!