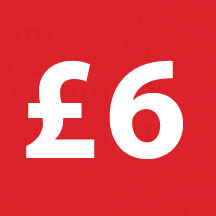 Chris Bertish is the famous South African we are focussing on this month and he believes nothing is impossible unless you believe it to be. A truly inspiring South African, he lives and breathes by the motto “ Dream it, see it, believe it, achieve it”. His attitude is what has driven his success and he believes that the reason ‘why’ you are doing something is the motivating force behind you actually achieving it.

Chris has just achieved his goal of stand-up paddling 4,050 miles across the Atlantic. He is the first person in history to cross the Atlantic Ocean on a stand-up paddleboard. His epic journey was solo and unassisted and is a remarkable testimony to what a truly committed human can achieve. During his 93-day journey, he battled against uncontrollable weather conditions and mental and physical fatigue, but the reason ‘why’ he was undertaking this journey inspired him to carry on.

Chris was raising funds and awareness for three charities and the needs of these inspired him to keep on paddling, one stroke at a time. “The world needs inspiring stories, the world needs heroes,” said Chris and he is an example of how an ordinary human being can become a hero through their passions, beliefs and courage.

The three charities he supports are local charity initiatives he’s set up and the money he has raised will feed 10 000 children every month for the next 25 years via The Lunchbox Fund, pay for cleft lip operations via Operation Smile and build five to eight schools through the Signature of Hope Trust. It was these millions of children who ‘travelled’ with Chris that kept him going as he paddled across the Atlantic.

A terrific feat of endurance

During the crossing, Chris never slept more than an hour and a half at a time and dealt with 30-40 knot winds and four-to-six-meter waves that threw him over, sideways and across the inside of his craft. He was almost attacked by great white sharks and spent 10 to 15 hours paddling every day while still managing the route, his hydration and food consumption.

In 2010 Chris won the Mavericks Big Wave Invitational in California amongst some of the biggest waves the competition has ever seen and while that achieved him world acclaim, this project was more about believing in what was possible and changing the lives of millions of people.

This trip has broken multiple records, including the longest distance paddled alone in 24 hours – an incredible 71.96 nautical miles. Chris has been planning for this incredible trip for the past five years and said, “When I left Morocco in December of last year, I had put pretty much everything on the line for this project”. Today Chris Bertish is living proof that if you truly believe in something and are committed to achieving it, nothing can stand in your way.

If you’re planning on immigrating across the Atlantic – on your own or with your family – and need financial advice, contact us today and we’ll help you maximise your finances in your new home.
[contact-form-7 id=”6581″ title=”Blog post (call me)”]