Home » A new look at migration: why migration is good for the world

A new look at migration: why migration is good for the world

Home » A new look at migration: why migration is good for the world

A new look at migration: why migration is good for the world 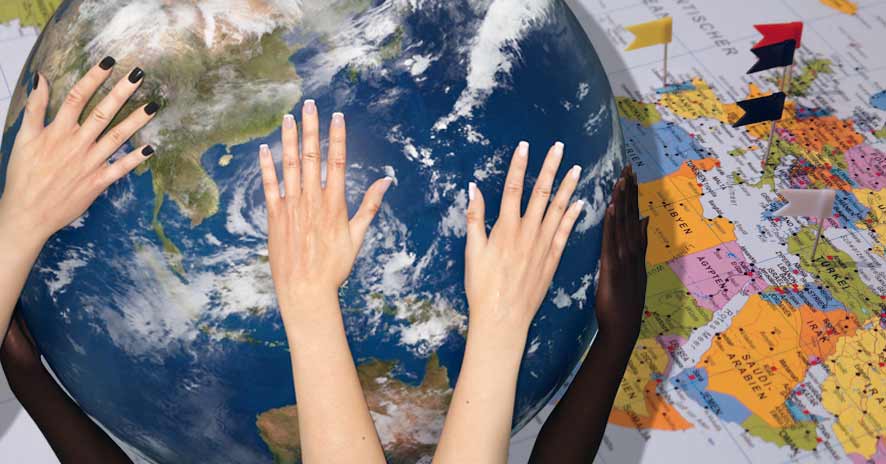 Migration has made a lot of headlines in the past few months and years. Not only has widespread migration from African nations to South Africa sparked xenophobic outbreaks, but in the US and Europe, forced migration has placed migration policy under the spotlight.

As with all sensational news, however, it’s important to discard mainstream tabloids aimed at creating outrage and selling copies. Migration, according to McKinsey Global Institute, is something which is greatly beneficial to the world.

So let’s take a look at some of the ways in which migrants have a positive influence on their new countries of residence.

The upside of migration – a global necessity

Good for the economy

Although we are all aware of illegal or forced migration, 90% of worldwide migration is voluntary and due to economic reasons. Most migrants who opt for voluntary migration are also of an adult working age and economically active in the regions they move to. This means they are keen to work and eager to make money.

In fact, research by the National Institute for Economic and Social Research in the US found that recruitment of foreign skilled workers makes companies more efficient and allows or business expansion.

The biggest reasons for these improvements, according to ALLIES’ report called “Global Talent for SMEs: Building Bridges and Making Connections” are immigrants’ perspective of global markets and cultures, improved language and cultural accessibility worldwide, and their willingness to fill positions which are generally unfavourable for locals.

It may not be something many of us want to consider, but biologically, nature has always favoured diversity. Not only does genetic diversity circumvent possible genetic elimination of a trait, but also of a species. According to Learn Genetics, the importance of genetic diversity lies in the fact that genetically similar organisms are incredibly vulnerable to illnesses, diseases and disorders in particular. It is simply harder for an organism to fight a disease, for instance, if it has an identical makeup, immune system and flaws as the organism next to it.

Also, in line with evolution and character traits, migrants tend to be more tenacious, confident and resilient – these personality traits are subsequently also dispersed throughout the new population.

Migrant animals have, in the past, been the ones which survive and pass genes on to their offspring, while the genes of animals not instinctually driven to seek food or better circumstances elsewhere have been known to go extinct.

“Travel is fatal to prejudice, bigotry, and narrow-mindedness, and many of our people need it sorely on these accounts. Broad, wholesome, charitable views of men and things cannot be acquired by vegetating in one little corner of the earth all one’s lifetime.”

We must agree with his statement. In fact, a study by IZA called “International Migration: Driver of Political and Social Change?’’ found conclusive evidence that migration can bring about positive social and political change. The study highlighted the change in paradigms and mindsets of people who have either moved around, or been exposed to migrants from other parts of the world.

The divergent perspectives from different political, socio-economical, climatic, hemispheric, linguistic, religious, cultural and genetic regions is quite remarkable. And although cultural isolation and ethnic purity and/or exclusivity does to a certain extent preserve the customs and norms of said culture, it can also lead to divisiveness, social or racial phobias and bias and unrealistic resistance to progress, development and enrichment.

A culturally and ethnically diverse society can bring diverse perceptions to the table and force us to resolve problems by taking multiple approaches and considering aspects and angles we’d not normally have considered.

Although different languages cannot be “mixed” legitimately, the brain uses the same functions to govern all different languages you speak. This is called language co-activation. Language co-activation means that even though you may be conversing in one particular language, your brain draws on your knowledge of other languages to predict and assess what is being said. This process can be confusing, and as a result, the brain compensates for the confusion by harnessing executive brain functions not used by monolingual speakers. Essentially, the multilingual individual’s brain uses control mechanisms relative to attention and inhibition and constantly practices these mechanisms which also changes and strengthens the associated brain regions. Moreover, multilingual speakers show increased activation in the dorsolateral prefrontal cortex (DLPFC) when switching between different languages. This brain region is associated with cognitive skills like attention and inhibition.

Neurologically, there are other advantages to speaking more than one language. In a test of auditory interference, bilingual speakers have shown physiological advances related to blood flow to the brain stem – an indicator of heightened neuronal activity. Essentially they have boosted sound encoding which means they can recognise pitch, tone and meaning far better than monolingual speakers – essentially the cognitive processes managing multiple languages lead to fine-tuned cognitive control mechanisms and sensory processes.

Lastly, speaking multiple languages opens up your mind to different worldviews. Each language has different rules for syntax and logic, which are closely tied to the culture and understanding of the world. The theory of linguistic relativity postulates that our language is not a mere tool for expressing our worldview, but actually forms our worldview. The underlying rules of the language as well as its lexicon determines how you can experience and explain the world around you. If you don’t have words for a certain thing or experience, your brain will not necessarily include this thing or experience in your worldview. It will not be relevant. For instance, there are several languages which don’t have tenses in the same way English has tenses. Things don’t occur in the past, present and future, and the world view of these speakers are therefore not time-related as the minds of language speakers who use tenses. There are other differences too, such as the Guugu Yimithirr which doesn’t have prepositions in the English sense – instead, items, markers or individuals are always located relative to their compass position. For instance, someone may be south east of a tree, but not in front of the tree. Being in front or behind something would be completely nonsensical to the Guugu Yimithirr.

It’s a well-known fact that worldwide migration introduced new concepts, innovations and customs to people from across the world. Migrant traders would exchange goods or services for local goods or services and take this knowledge along on their travels to new regions. In a more modern context, the thought of innovation and advancement draws people from across the globe to participate and explore. In the United States, for instance, more engineering Ph.D’s are granted to foreigners than Americans. This is mostly due to the USA’s perceived receptiveness to innovation. The thought of possibility creates possibility and, in fact, attracts more innovative and progressive minds. A paper by Jennifer Hunt and Marjolaine Gauthier-Loiselle for the National Bureau of Economic Research, How Much Does Immigration Boost Innovation?, found that a mere 1% increase in immigrant college graduates in the US resulted in an increase in patents per capita of about 15% from 1950 to 2000. This boost was particularly significant in the science and engineering fields. And this benefit is not limited to voluntary immigration. In fact, the forced relocation of Jewish Germans to the US lead to a 71% increase in patenting in the 1900s.

According to George Borjas, the reason for this remarkable innovation and economic boost of the receiver nation is twofold: firstly, the entry of immigrants with a high level of productivity and a need for survival adds a motivated workforce to the economy and encourages the local workforce to work harder. Secondly, the introduction of skills and knowledge which is vastly different from the local skills and knowledge opens doors for new types of business and industries as well as new methodologies. In combining local and foreign skills and knowledge, countries are simply better off.

So there you have it. Just a few reasons why migration is a necessary trend and why we should welcome those from foreign shores to share our countries.

If you need assistance with your financial migration – simply leave your details and we’ll call you for a free consultation.
[contact-form-7 id=”6581″ title=”Blog post (call me)”]