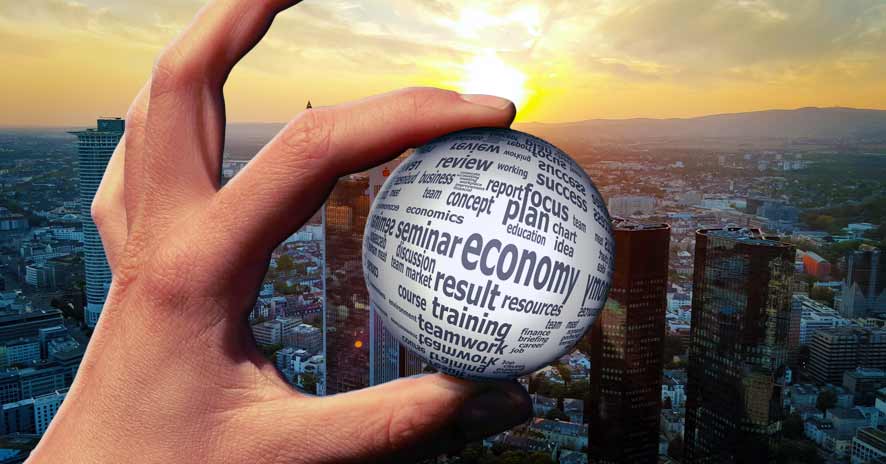 There have been a lot of interesting and shocking stories in the news lately. Across the globe we’re seeing elections, referendums and political shakeups which cause some concern and angst over the state of various economies.

If you haven’t been watching the news, we give you the inside scoop on the biggest events around the globe in the past few weeks which could affect economies worldwide.

Trump has never been known for social media tact, but his latest comments may have far-reaching repercussions for foreign relations. In one of his Twitter revelations, Trump thanked the president of Thailand for congratulating him on his presidency via a 10-minute phone call.

For those who aren’t aware of US foreign policy and the relationship between US and China, Trump’s revelation that he’d received a congratulatory phone call from the president of Taiwan will seem like nothing strange. But if you’re in the know, you’ll be aware that the US has not spoken to, or about, Taiwan presidency in four decades. In fact, the last time a president of the US referred to Taiwan as an independent country was before 1979,  when president Jimmy Carter announced that Taiwan was part of a united China. The US ‘One China’ policy was first introduced by president Richard Nixon in 1972 and accepted later by president Carter.

Whether this announcement was a deliberate strategic move of the new president-elect of the US or a simple social media faux-pas, China is not likely to look kindly on the businessman’s acknowledgement of Taiwan as a separate entity to the China which has always seen Taiwan as a wayward province. The notoriously unstable relations between the two superpowers will definitely be shaken further by Trump’s callous comments, and China is said to have already rebuked Taiwan for interacting with the US presidency.

Donald Trump’s call with Taiwan is “a wake-up call for Beijing,” one Chinese analyst said https://t.co/D4zFGTHuyz

Italy’s referendum – an end to Renzi

Many analysts believe president Matteo Renzi’s referendum in Italy as a callous move for someone who’d just witnessed a Brexit vote. However, Renzi went through with his referendum undeterred – stating succinctly that a vote against his governmental reform would see his resignation.

And just like Cameron, Renzi was proven to not have the vote of the people.

This came as no surprise to political experts who’d seen the writing on the wall earlier this year. Renzi’s referendum called for constitutional reform which would see the Italian government – currently consisting of 60 respective governments – condensed and the senate cut from 315 to 100 representatives. Renzi’s aim was purportedly to streamline the cumbersome Italian law-making process through eliminating bureaucracy – but it wasn’t to be.

The “no” vote pushed the Euro to a 2-month low amid confusion and uncertainty. Germany in particular has voiced concern over the results of the referendum and Renzi’s resignation, which they view as another blow for Europe.

Following a stand-off between civilians of the Sioux tribes and their supporters and authorities at Standing Rock in North Dakota which lasted for months, the Army Corps of Engineers on Sunday announced that the controversial pipeline set to be constructed on historical Sioux property would be rerouted.

The announcement was a shock to many republican and pro-energy pundits, including North Dakota Governor Jack Dalrymple who’d ordered the protesters to disperse earlier this week. The order had, however, only incited further opposition as 2 000 army veterans joined the protest at Standing Rock.

The move is a win for environmentalists and defenders of indigenous heritage who saw the pipeline as a threat to the environment and cultural heritage of the area. Though many believe the new ruling party would not accept the defeat, it’s significant that the decision to reroute the pipeline was made by the US Army, as a republican opposition of the decision would likely create an even bigger rift in the country should they take on their own military power.

Though Gambia’s election may not have as far-reaching repercussions internationally as other political shakeups in 2016, it’s still a major event for African nations in 2016.

Gambia’s current authoritarian president, Yahya Jammeh, has been reigning the country with an iron fist for 22 years. Jammeh came into power following a coup in 1994. Following widespread unrest and opposition to Jammeh’s policies and politics, a coalition of seven opposition parties were formed under leadership of 51-year-old property developer, Adama Barrow.

The most surprising part of Jammeh’s defeat is his seemingly peaceful accede to the defeat – something which is virtually unheard of in Africa from a president who had ruled uncontested for so many years. But Jammeh has not yet made a formal announcement.

In a move which echoed the pipeline win for natives in North-Dakota, the far-right in Austria suffered a defeat against avid environmentalist, and pro-immigrant independent candidate, Alexander van der Bellen .

This vote is in stark contrast to other regions of Europe which has shown decidedly anti-immigration and nationalist sentiments. The vote saw many EU-advocates breathe a sigh of relief following disappointing losses for such partisans in the UK and Italy in the past few weeks. Germany has hailed the vote a step forward against rising populism in Europe and elsewhere. Van der Bellen’s victory has been ascribed to Austria’s pro-EU sentiment, which made the country wary of eurosceptic right-wing leader Norbert Hofer, who had hinted at stronger ties with Russia as well as an “EU-Auxit referendum ” should he have been elected president.

President Francois Hollande’s announcement that he would not be running for a second term as France’s president came as a relief to many, especially those within the Socialist camp he represents. Other politicians have dubbed this the best move for the Socialist Party, which has lost a lot of support to the centre- and far-right opposition since the start of Hollande’s reign.

The move is said to be an attempt to retain socialist votes, which would probably go towards Prime Minister Manuel Valls following Hollande’s formal resignation. But polls suggest that this tactic won’t sway public sentiment away conservative votes for Francois Fillon and nationalist votes for Marine Le Pen. According to these polls, Fillon is by far the favourite to take the presidency in the 2017 election.

May barred from EU annual meeting

Though it may not necessarily be unexpected, the EU barring of Theresa May from the annual EU dinner does set the tone for relations between the UK and Europe in future.

The summit which is scheduled for 15 December 2016 in Brussels will see a delegation of 28 leaders of state of the European Union meet to discuss crucial decision around the future of the EU. Though May has been included in the official summit – she has been deliberately excluded from the informal meeting of leaders after the summit at the annual EU dinner.

May had apparently already voiced her concern after the previous EU meeting where she’d felt sidelined by other nations.

Another headline which shocked the world was the revelation that the President of South Korea, Park Geun-hye, will face an impeachment vote this Friday related to alleged abuse of power.

Park as well as her close friend, Choi Soon-sil and other officials are accused by opposition parties of pressuring conglomerates to fund foundations affiliated with Park’s policy initiatives. Although Park’s impeachment isn’t cast in stone, it is believed that she will most probably resign as leader of her party irrespective of the impeachment outcome to save face in her country.

Other news to watch…

Of course, this is not the only news to look out for. On US soil, Trump is said to announce the remaining members of his cabinet by next week and on home turf ANC ministers are still battling over Zuma’s rule. Elsewhere, Cuba’s future hangs in the balance following the death of Fidel Castro and the rift between the country and the US, India mourns the death of their “Iron Lady”, Jayalalitha, Brazil’s Senate head, Renan Calheiros has been ordered to resign, there is growing concern over the unexpected changes to US-Japan defense guidelines as US Secretary of Defense’s visits Japan, and further afield, Putin has announced willingness of talks with the US over rebel-withdrawal from Aleppo, although Russia and China have already vetoed the UN’s ceasefire resolution from Monday, causing even more unrest.

We are watching the world news with bated breath to see what impact all these international moves will have on political ties and economic stability.

If you’re looking for assistance in transferring your funds out of South Africa, talk to the experts! Finglobal.com has helped more than 60 000 clients worldwide with their financial migration. Just leave your details and we’ll call you for a no-obligation consultation.
[contact-form-7 id=”6581″ title=”Blog post (call me)”]