Home » The Zika virus and Europe: is it something to be worried about?

The Zika virus and Europe: is it something to be worried about? 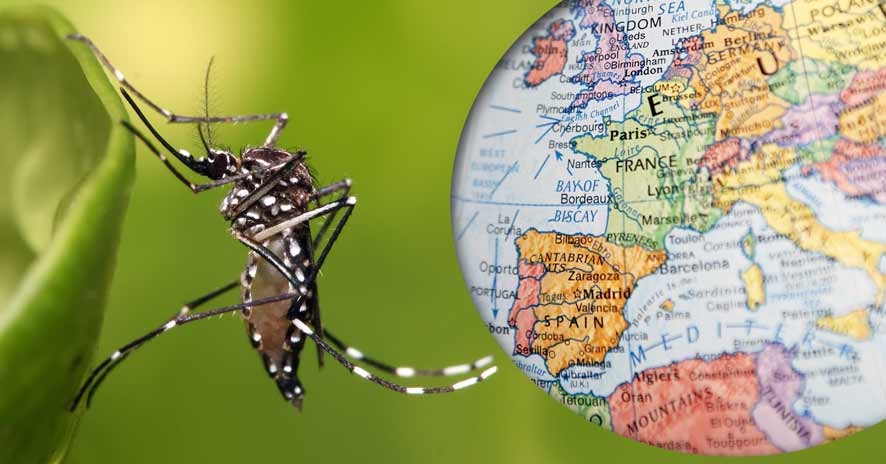 If you’re planning on immigrating or travelling abroad, you may have heard rumblings about the Zika virus and the likelihood spread of this deadly virus to Europe. But how substantial are these claims? This article will hopefully give you a little more insight.

Is the Zika virus a threat to Europe?

A March 2016 press release from the World Health Organisation (WHO) European Regional Office stated: “The risk for an outbreak of Zika virus disease in the European Region should not be underestimated. The potential link with microcephaly and neurological disorders is of particular concern,”

The Zika virus is spread mostly by the bite of an infected Aedes species mosquito. The mosquito responsible for the spread of the virus across Latin America is called Aedes Aegypti. While it is not commonly found in Europe, the Aedes Albopictus mosquito is found in European regions and the Centres for Disease Control and Prevention (CDC) have confirmed that this mosquito is a potential carrier for the Zika virus.

People with the Zika virus disease can have symptoms ranging from mild fever, to a slight rash, conjunctivitis, muscle and join pain and headaches. These symptoms last for 2-7 days and are not normally life threatening. The real danger of the Zika virus lies in the fact that if a pregnant woman contracts the Zika virus, it can be transferred to her unborn child and cause very serious birth defects including Microcephaly, where a baby’s head is smaller than normal. Babies with microcephaly often have smaller brains and might not have developed properly.

According to the WHO, the risk of a Zika virus outbreak varies from country to country and will spread in countries where Aedes mosquitoes are present. The current countries at moderate risk (highest to lowest) are:

High-risk areas include Madeira Island (Portugal) and the North Eastern Black Sea coast where there is a high likelihood of local Zika virus transmission.

No active transmission in Europe

If you are travelling to one of the areas experiencing active transmission, apply a topical insect repellent on your exposed skin, wear light-coloured, full-length clothing treated with a permethrin-based repellent such as Vital Protection – recommended by the WHO

Despite the moderate risk status instituted by the WHO before the European summer, it looks like prevention techniques have prevented the Zika virus from becoming active in Europe.

But keep watching the news and take the necessary precautions when immigrating to a country where the Zika virus is active. If you would like any advice about your financial migration, leave your details and we’ll help you on the path to financial freedom in your new country
[contact-form-7 id=”6581″ title=”Blog post (call me)”]