Home » #TravelTuesday: tips for tipping around the globe

#TravelTuesday: tips for tipping around the globe

Home » #TravelTuesday: tips for tipping around the globe

#TravelTuesday: tips for tipping around the globe 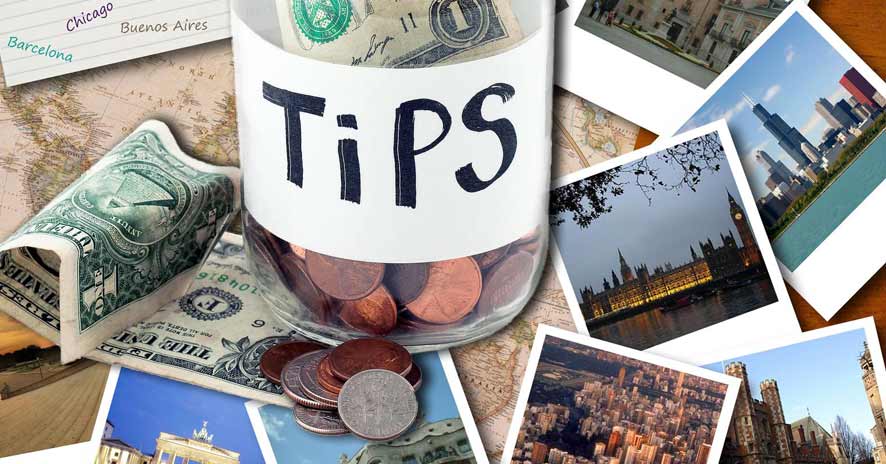 The tipping debate is a long-standing one, with critics on both sides arguing over the necessity of this practice. In many countries, tipping is considered offensive, or is disregarded as an optional nicety, but other countries have made tipping compulsory.

So what should you do if you find yourself in a foreign part of the world? What are the conventions for giving your waitron, car guard or concierge a little monetary thanks for their service? Let’s first take a look at where it all started.

To tip or not to tip?

What began as an optional generosity to compliment staff for good service has now become a compulsory act that influences their salaries. There are many reasons why people choose to tip today; to be generous, to show gratitude for good service, to display their wealth and so forth. However, many people now tip because it is simply a social norm.

The low income of support staff is the centrepoint of the whole tipping debate. Most waitrons and service employees with menial jobs depend on the tips they receive in order to make ends meet. If staff were paid a reasonable salary, tipping would not be such a large concern, and customers would feel less obligated to tip. The opposing argument is if salaries were increased, prices would increase in order to cover the difference, which would clearly hold financial implications for service companies. Research has shown, however, that this is hardly the case. A substantial salary causes an increase in dedication and productivity, and lowers staff turnover which is beneficial for cutting business expenditure.

Irrespective of your view on tipping, however, it’s essential you know the conventions for this practice when travelling to different parts of the world.

Gratuity tips for your travels

Different rules apply to tipping across the globe. These aren’t cast in stone, however, so if you’re unsure whether or not gratuity is necessary – just ask your patron or the manager of the institution. It’s important to not, however, that most staff prefer cash tips as opposed to card payments.

For restaurant tipping the norm is between 5% and 15% of your bill. For porters, housekeepers and valets, the norm is to tip between R10 and R60 while guides, drivers and concierges who give you that special treatment may require between R60 and R130. Some people tip in excess of R300 for a concierge who has completed a particularly difficult request (no, we aren’t sure what comprises a difficult request either).

Countries which generally include gratuity in their bills include:

Countries where you should tip staff include:

Countries where tipping is generally frowned upon include:

We hope these tipping tips will help ease your travels around the globe.