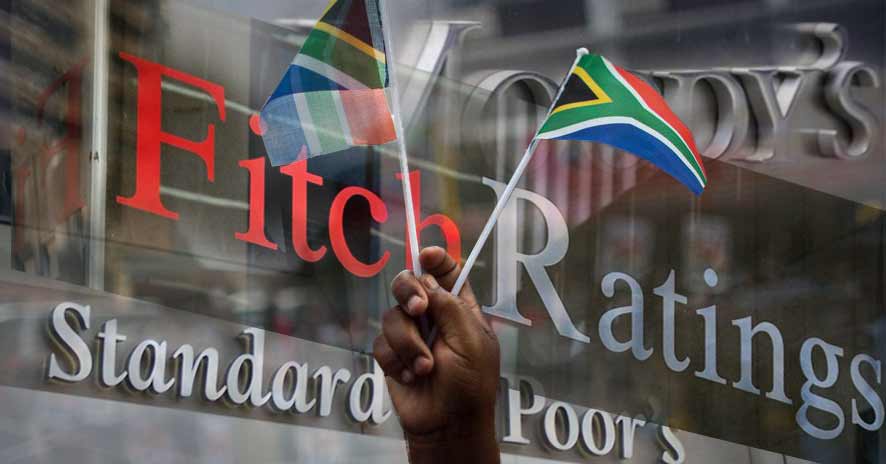 With news about the country’s impending junk status, investors and economists have voiced widespread concern for South Africa’s credit rating. For the average South African, these terms fly right over the head, but there is still a sense of urgency and concern around the future of our economy. Whether you are living locally or abroad, you should be aware of the country’s economic status and how it could affect you.

The risky business of a country’s credit rating

A country’s credit rating essentially indicates the risk of investing in that country. This takes into account the economic climate of the country, the likelihood of debt repayments, and the political risks associated with investment. The credit rating is used by sovereign wealth funds, pension funds and other investors to gauge the credit-worthiness of a country, allowing them to make calculated decisions regarding their investments.

Major credit rating agencies include Standard & Poor’s (S&P) and Moody’s with a 80% controlling stake in the international rating domain, as well as Fitch which controls 15% of the rating sector. Together these agencies’ reports on South Africa’s long-term foreign currency credit rating impact our borrowing costs. A bad credit rating has severe repercussions for a country’s economic trade and investment, and the strength of the currency will fluctuate accordingly.

As of mid-June 2016, S&P’s evaluation of South Africa’s credit rating stood at BBB-, with a negative outlook. Fitch’s rating was also a BBB-, but with a stable outlook. Economists expected a downgrade into junk status following the poor economic growth seen in recent months, a concern clearly reflected by Moody’s BAA2 score, which also indicated a negative outlook. These ratings, however, inferred that we are – for the time being at least – doing enough to promote growth, stabilise expenditure and improve our overall economic outlook.

These ratings place South Africa on the brink of junk status – ever teetering in a precarious game of economic adequacy and inadequacy. A decent into junk status would deem us not investable, and would propel us into dependence on borrowing and bail-outs from other countries. Such an economic decline would weaken the currency and hamper our economic growth worldwide. Many economists still believe it’s not a matter of ‘if’, but ‘when’, though we’re all crossing fingers that South Africa can salvage our economy and hold head above water.

Is there a silver lining?

Currently, South Africa is looking somewhat more positive than predicted. Standard & Poor’s summary of the South Africa credit rating shows weakness in their economic assessment as well as their fiscal assessment, which analyses flexibility and performance. The institutional, external and bet burden assessments are set at neutral, while South Africa’s monetary assessment is considered strong.

What does this mean for you?

Well, the strength and direction of your individual financial portfolio is simply that – individual. Drawing offhand conclusions for your financial migration would be callous and irresponsible without proper analysis. Finglobal.com is, however, experienced in all matters of cross-border finance and can provide you with an obligation-free consultation – advising on the best course of action for maintaining an advantageous financial portfolio. Simply leave your details and we’ll get back to you!
[contact-form-7 id=”6581″ title=”Blog post (call me)”]